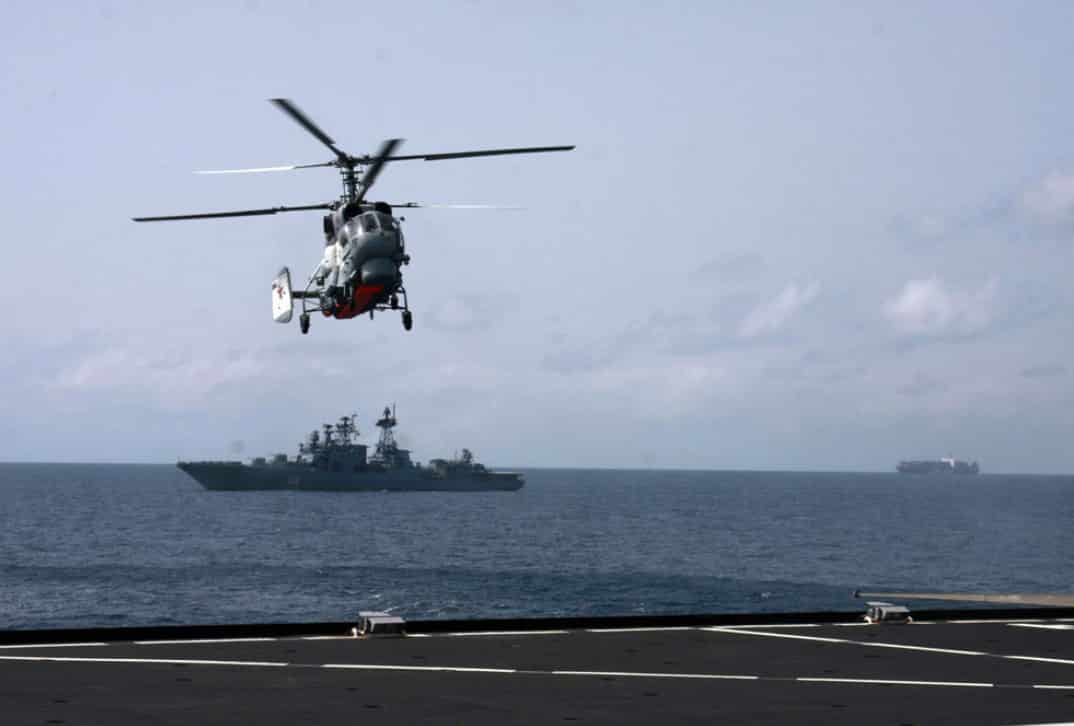 SouthFront: Russia, Iran and Syria have established a joint operation room that would work to guarantee the security and stability of oil and wheat supplies to Syrian ports through the Mediterranean Sea, Sputnik reported on April 17.

According to the agency, a series of intensive meetings between Russian, Iranian and Syrian officials was held recently with the aim of breaking the siege imposed by the US and European Union on Syria.

“The room’s work is to provide multi-sided coordination to secure the arrival of oil supplies, in the first place, to Syrian ports,” Sputnik quoted sources familiar with the matter as saying.

Syria has been facing an unprecedented economic crisis as a result the sanctions imposed by the US and the EU. The country’s natural resources in the northeastern region are also under control of US proxies. Furthermore, ships heading to Syrian ports face sanctions as well as the threat of direct attacks on some occasions.

In the framework of the joint operations room, Russian Navy vessels will protect Iranian tankers heading to Syria until the end of this year.

Iranian tankers will gather in the Mediterranean and sail to Syria in one convoy escorted by the Russian Navy. Recently, this protocol was successfully used to guard four tankers heading to Syria.

According to Sputnik’s sources, other ships loaded with supplied, including food and chemicals for the pharmaceutical industry, will arrive in Syrian ports. Several wheat shipments from Russia will also be sent to Syria until next June.

“The recent tripartite coordination, which resulted in understandings that could be described as strategy, would secure most of the Syrian market’s needs for basic commodities and materials,” the sources said.

The operations room demonstrates honest commitment of Russia and Iran to Syria and the Syrian people. Meanwhile, the US and the EU continue to place political conditions to easy their collective sanctions on the country.