Home Investigations The Magic of Israel 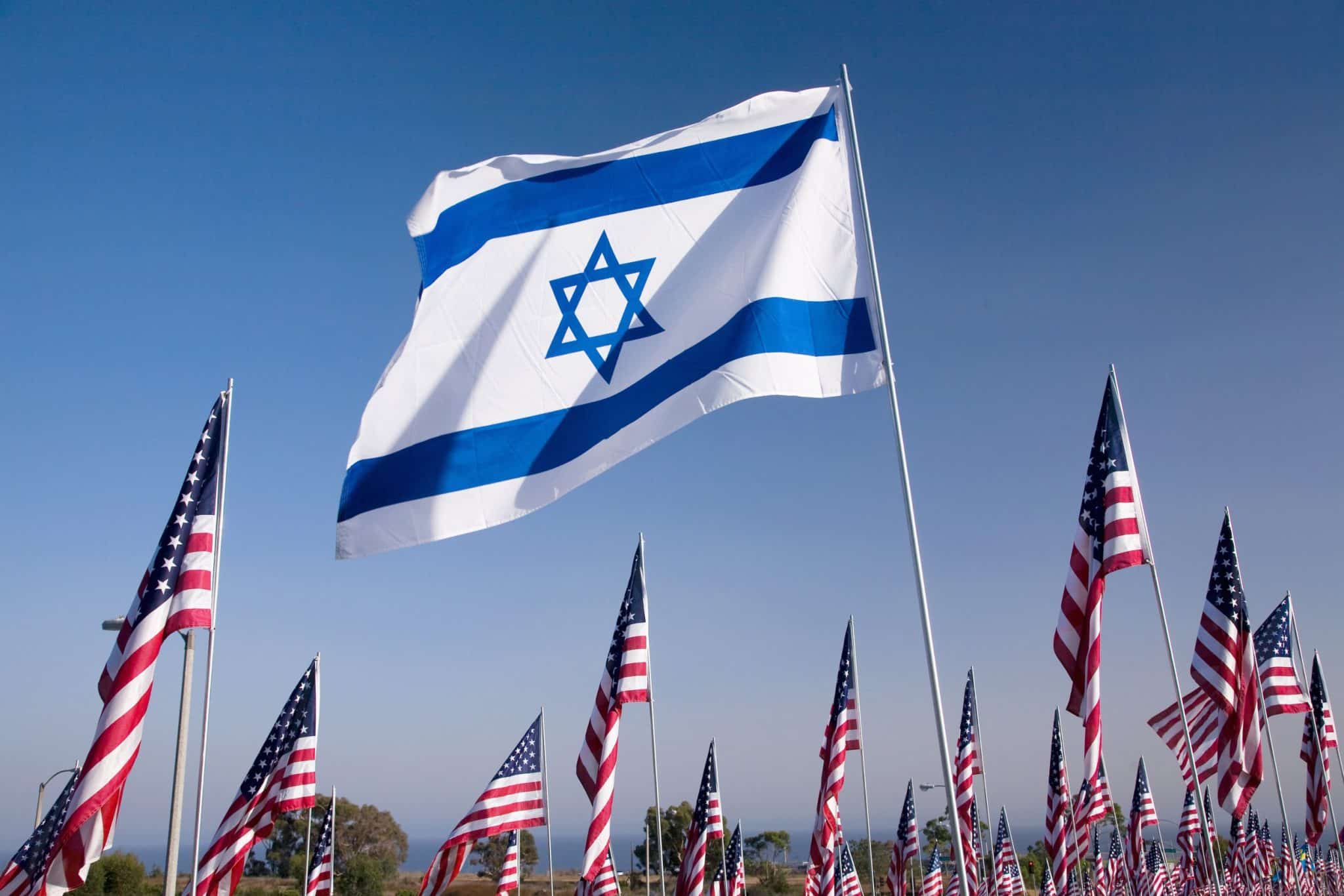 If you think that Russia is an enemy of the United States, that we should be involved in destabilizing the country again and again, that it is time to be engaged in cover operations in Russia, then answer these questions for me:

Why does Israel get a pass, even though we know that they have been destabilizing the United States since 1948? Why do we have Israeli agents virtually all over the United States pretending to protect Americans, despite the fact that those agents are only loyal to the hands that feed them?

The Magic of Israel …by Philip Giraldi

If you still think that this is not a serious matter, then think again. Read the following article by former CIA agent Philip Giraldi.

The popular narrative of plucky little Israel prevailing over hordes of bloodthirsty Arabs has captured the Western imagination even though it is manifestly false in almost every detail. But Israel’s greatest accomplishment might well be something else, its ability to make things disappear.

It plausibly all began in June 1967 when Israel attacked the USS Liberty, a lightly armed but well identified US naval vessel cruising in international waters under a large American flag. Fighter bombers and torpedo boats sought to sink the ship, destroying the lifeboats so no one would escape. In the engagement, 34 American military personnel were killed and a further 171 wounded, before a heroic defense by the crew managed to save the vessel.

President Lyndon Johnson, who said he would rather see the ship sink than embarrass his friend Israel, started a cover-up which has lasted to this day. There has been no legitimate court of inquiry into the attack and when the ship’s captain received a Medal of Honor for his heroism, it was awarded secretly in the Washington Navy Yard rather than openly at the White House. Israel and its legion of apologists certainly know how to make potential embarrassments disappear.

Last week on this site I posted an article that I thought would prove to be extremely interesting to those who have been expressing concern about foreign interference in our government. It included a link to a series of computer screen texts provided by a credible independent source demonstrating that an employee of the Israeli Consulate General was deeply involved in what appears to be extorting millions of dollars from the father of a congressman based on assisting that congressman through some legal difficulties.

The scheme being concocted also included discussion of arrangements for a commando raid on Iran to free a prisoner. The information conveyed in the screenshots that were provided of the texts has not been disputed by anyone involved in the venture, but as I thought the accompanying article was timid in its willingness to draw any conclusions, I wrote my piece attempting to connect the dots.

The Congressman involved was, of course, Matt Gaetz of Florida, who is now facing the House Ethics Committee, surely an oxymoron if there ever was one, concerning his primarily sexual exploits. To my surprise, however, there has been hardly a word in the mainstream media about looking deeper into the possible Israeli connection.

One would have thought the copied texts would be newsworthy due to the extortion angle but even more due to the fact that an armed attack on a nation with which the US is not at war was being funded and planned by a foreign government’s diplomatic mission in New York.

To be sure my article did very well both on Unz and even Facebook, though I had to cut and paste it in the latter site due to its blocking of Unz. I did a bit more checking and noted something that has been occurring for some time: the piece, like others relating to Israel, was not coming up on search engines like Google, which means it was not getting the exposure that it merited.

I search daily by my name assuming that my pieces if replayed elsewhere will be displayed. In the past I would sometimes get scores of hits on a popular article, but during the past year hardly anything has been appearing.

I have to assume that deliberate and widespread censorship of articles critical of Israel is taking place, which was no surprise as friends of Israel are not exactly rare in the social media. Facebook’s censorship board, for example, includes a former Israeli government minister. 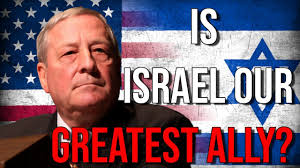 It all comes down to the power of the Israeli/Jewish lobby and its ability to make things that it does not like go away. And sometimes it can make things happen that are manifestly not in the interest of the United States.

Jonathan Pollard, the most damaging spy ever in the history of the United States, was recently allowed to return to Israel. In an interview on March 26th he said that any American Jews working for US intelligence agencies must do their duty and spy for Israel because one’s real loyalty is to the Jewish state and one’s co-religionists.

Clearly Pollard is not alone and it was shocking to learn that outgoing president Donald Trump pardoned the Israeli agent who recruited and presumably helped “run” Pollard when he was stealing US secrets. Aviem Sella received a full pardon from Trump as part of hundreds of last minute pardons, many of which had been arranged through two Orthodox Jewish agencies favored by presidential son-in-law Jared Kushner.

Sella was a retired Israeli air force officer doing graduate studies and living in the US when he enlisted Pollard to spy for Israel. He fled the country after Pollard was arrested in 1985 and was charged in absentia on three espionage counts but Israel refused to extradite him to the US to stand trial.

The Sella pardon should be seen for what it is. It was a gift to the corrupt Netanyahu, who was at the time facing another national election. It served no US national interest at all and in fact sent the message to those who might be tempted a la Pollard that spying for Israel might be regarded as consequence free, in fact desirable and the right thing to do.

Of course, the special “exemption” when dealing with Israel should also be regarded as a tribute to Jewish power in the United States, which relies on the corruption of those in leadership positions, using financial inducements or even blackmail backed up by smears of anti-Semitism and holocaust denial for those who cannot be bought.

And the power to corrupt governments and media is not limited to the United States. Nearly everyone in public office or who relies on the media for an income understands one does not cross the Israel Lobby.

In Britain, former Foreign Office Minister Sir Alan Duncan has written a memoir that accuses pro-Israel lobbyists of “the most disgusting interference” in British politics while also distorting the country’s foreign policy in the Middle East to favor the Jewish state.

Duncan also claimed that Conservative Friends of Israel (CFI) went “ballistic” and blocked him from becoming the Middle East minister at the Foreign Office. Duncan has long been a major target for the Israel lobby. In 2017, an Al Jazeera documentary exposed the maneuvering of pro-Israel groups working together with the Israeli Embassy in London to “take down” Duncan and also Labour Party leader Jeremy Corbyn.

Per Duncan, Conservative Friends of Israel, which openly promotes the interests of a foreign country, had successfully promoted a “Netanyahu-type view of Israeli politics into our foreign policy.” In one chapter Duncan criticized Conservative MPs’ fawning over Benjamin Netanyahu during his visit to Britain, a performance apparently similar to the time when Bibi addressed the US Congress and received 27 standing ovations.

The Duncan book appeared when another story broke about how a group called “UK Lawyers for Israel” acting on behalf of the Israeli government has been altering the material included in secondary school text books.

Per a statement issued by Pearson, the largest publisher of school books in the UK, the company has suspended publication of two textbooks responding to “an eight-page report, by Middle East specialists Professors John Chalcraft and James Dickins, which found hundreds of changes to the textbooks overwhelmingly favoring an Israeli narrative and removing or replacing passages that support Palestinian narratives.”

Censorship of course materials as well as textbooks by Jewish groups to depict Israel in a certain way has certainly been going on in the United States for many years. And the corruption of our institutions to favor Israel and protect it from criticism is incessant. It will be interesting to see if the Gaetz story in all its aspects will ever be allowed to surface or whether the congressman will be offered some inducement to allow him to quietly resign.

Somehow, it reminds one of the still unresolved Jeffrey Epstein case in which Epstein and his accomplice Ghislaine Maxwell obtained blackmail material relating to world leaders and celebrities having sex with young girls, somewhat similar to the claims regarding Gaetz.

Many including myself believe that Epstein was part of an Israeli intelligence operation, similar in scale to what was being run on 9/11, which sought to “influence” key figures on issues regarded as important by the Jewish state. Clearly, the game goes on with no one in Washington caring much about the damage being done.

Do corrupted and intimidated Congressmen over their morning coffee ponder whether certain activities are “Good for Israel” and therefore not subject to further scrutiny? Judging from Epstein and Gaetz, one would have to believe that to be the case.