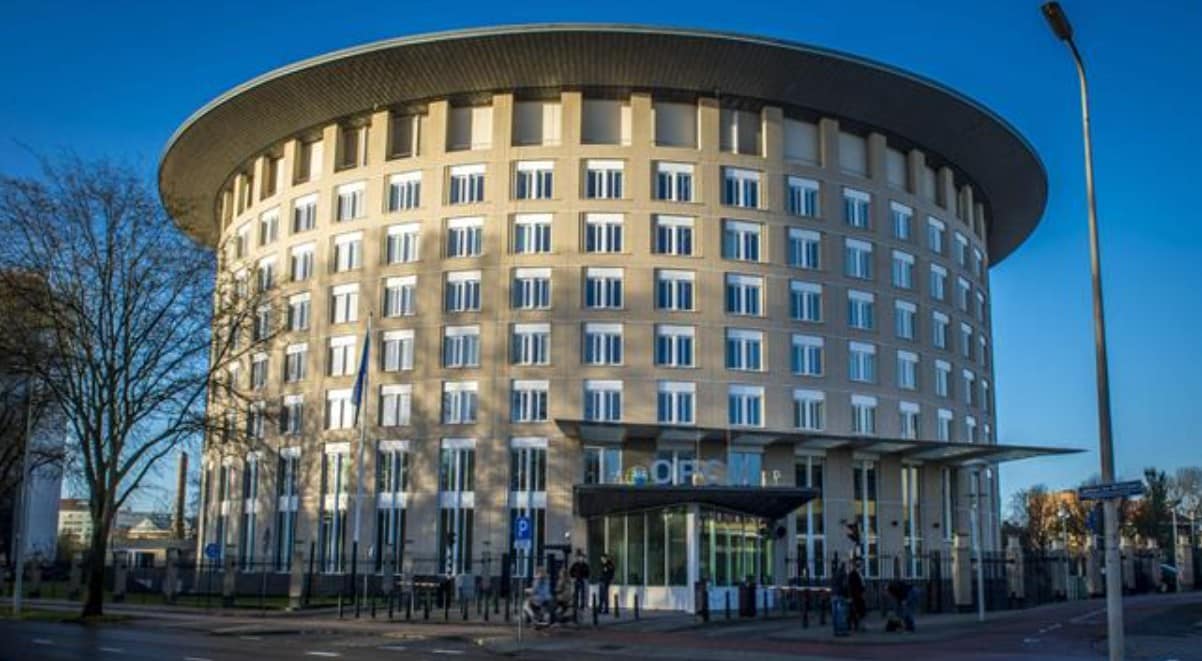 Press TV: A political analyst says the United States spares no effort to manipulate international bodies, like the Organization for the Prohibition of Chemical Weapons (OPCW), as much as possible in order to advance its own interests.

“The United States likes to use international bodies as much as it can to get its own way… When organizations like the OPCW try to investigate truth, for example about what is happening in the dirty war on Syria, and come up with the facts that the US prefers would not have been exposed, Washington would use all its power to stop them from getting divulged,” Asa Winstanley of the Electronic Intifada – an online Chicago-based publication covering the Israeli-Palestinian conflict, said in an exclusive interview with Press TV on Saturday.

He noted that Washington’s exploitation of the world institution is done both overtly and covertly, and was quite brazen in the run-run to the US-led military invasion of Iraq back in March 2003.

OPCW has become a tool in the hands of US, allies: Syria’s deputy FM

Syria’s deputy foreign minister says the Organization of Prohibition of Chemical Weapons has become a tool in the hands of the US and its allies.

On Thursday, Syrian Minister of Foreign Affairs and Expatriates Faisal Mekdad has categorically dismissed the new OPCW report, stating that the United States and its allies have turned the international watchdog into a tool to pursue their political goals against Damascus.

“Despite the difficult situation that Syria is going through, we have stood committed to our membership in the Chemical Weapons Convention,” Syria’s official news agency SANA quoted Mekdad as saying in a meeting with ambassadors and heads of diplomatic missions in Damascus.

FM Mekdad: US, allies have turned OPCW into a tool to pursue anti-Syria objectives

The Syrian foreign minister says the United States and its allies have turned the OPCW into a tool to advance their hostile agenda against his country.

He added, “Syria and many other countries have acknowledged that the states which supported and funded armed terrorist groups in Syria, particularly the United States, France, Germany and Britain, will use the Syrian chemical file and the OPCW to achieve their hostile goals against Syria.”

Winstanley then described the US as “one-party state,” emphasizing that Republican and Democratic parties are actually both in hock to global capitalism.

“[US] Democratic presidents tend to be a bit more covert about their interference in international bodies such as the UN. So, when it comes to their policies of carrying out wars on Syria, for example, or imposing unjustified sanctions against Iran, they’re going to use every international body they can to push their agenda through. When such bodies defy them or just do their jobs basically, they’re going to sanction them as was the case with the International Criminal Court (ICC),” the investigative journalist pointed out.

He went on to say that former US president Donald Trump imposed sanctions against ICC chief prosecutor Fatou Bensouda after she declared the launch of an investigation into Israeli war crimes in the occupied Palestinian territories.

Winstanley added that the European support for US imperialist policies has to do with racism and shared ideology of global imperialism, besides common economic interests.

The analyst highlighted that Washington tends to recruit local proxies, like militants affiliated with Kurdish-led and so-called Syrian Democratic Forces (SDF) in oil-rich northern Syria, to push its own agenda.

US and SDF join forces to steal Syria’s oil

Back on March 18, Syrian Minister of Petroleum and Mineral Resources Bassam Tomeh told state-run and Arabic-language al-Ikhbariyah Syria television news that the oil reserves in the war-stricken Arab country are being looted by the US military and its allied Takfiri terrorist groups.

He highlighted that Washington is in control of 90 percent of crude reserves in oil-rich northeastern Syria.

Former president Donald Trump had openly admitted on several occasions that oil was the main reason which kept US troops in Syria.

The US confirmed its looting of Syrian oil during a Senate hearing exchange between South Carolina Republican Senator Lindsey Graham and former US secretary of state Mike Pompeo in late July last year.

Pompeo confirmed for the first time during his testimony to the Senate Foreign Relations Committee on July 30, 2020 that an American oil company would start its activities in northeastern Syria, which is controlled by SDF militants.

The Syrian government severely censured the agreement, saying the deal was sealed to plunder the country’s natural resources, including oil and gas, under the sponsorship and support of Trump’s administration.