On March 31, officers raided seven call centers and arrested 18 men on charges of operating online trading websites that allegedly defrauded thousands of Germans and other nationals. The arrested men are from Kosovo, Albania and Germany and include call center employees and management, according to an April 6 press release jointly issued by the Public Prosecutor’s Office in Bamberg and the police in southwest Swabia, both in Germany.

At least four of these websites operated using the Sirix Webtrader platform designed by the Israeli company Leverate. Leverate advertises itself as a “one-stop shop” for anyone looking to start a business in the online trading industry, even if their knowledge of the sector is minimal.

A screenshot of the Leverate website as it appeared on April 11. 2021 (Screenshot)

The Times of Israel previously reported that Leverate’s largest shareholder, Simon Kukes, is a Russian-American who reportedly attracted the interest of US Special Counsel Robert Mueller in 2018 as one of several “Americans with deep ties to Moscow” who gave money to Donald Trump’s 2016 campaign. 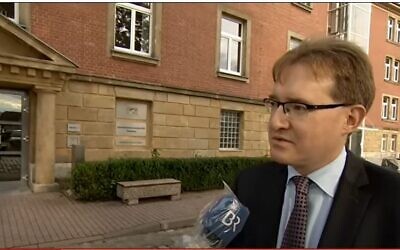 Leverate told The Times of Israel in an email that none of the brands whose offices were raided in Kosovo “currently receive services from us.”

Earlier in March, German police raided a separate set of call centers in Bulgaria where they arrested five suspects, four men and a woman. These alleged fraudsters were associated with the websites Trade Capital, Fibonetix, Nobel Trade, Forbslab and Huludox, which they allegedly operated from 2018 to April 2020. According to German police, there had been earlier raids against this fraud ring in Bulgaria and Serbia at the beginning of April 2020 as well as a second raid in Ukraine in December 2020.

Several of the allegedly fraudulent websites in Bulgaria operate using the Israeli online trading platform known as Airsoft Technologies. Airsoft provides potential brokers with everything they need to set up an online business specializing in trading foreign exchange, contracts for difference (CFD) or cryptocurrency instruments, according to Airsoft’s marketing material.

This includes “development service, dedicated project managers and full technical online support” as well as back-office marketing technology and “referrals” to payment processors. The Times of Israel has seen at least one contract with a broker in which Airsoft took a share of the website’s ongoing revenues. A large number of Airsoft’s clients have been the subject of regulator warnings around the world. 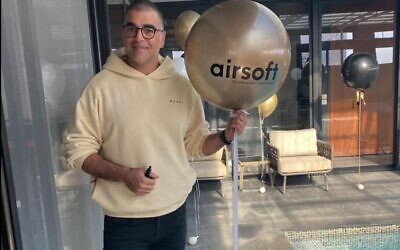 In Israel, Airsoft is run by a man named Shay Benhamou. The company is reportedly owned by members of the Hadjadj family, recent immigrants to Israel from Marseille, France.

When contacted by The Times of Israel, Benhamou responded on behalf of the firm, “Airsoft is strictly a technological service provider for third party customers. Airsoft is bound by confidentiality not to divulge its clients’ details.”

According to German police, Trade Capital, Fibonetix, Nobel Trade, Forbslab and Huludox have jointly defrauded investors out of tens of millions of euros.

The police describe online investment companies like those it raided in both Bulgaria and Kosovo as a widespread scourge affecting thousands of investors in Germany and countless others throughout Europe.

“The basic structure of the crime is the same,” German law enforcement said in a statement. “Fraudsters tell investors that they are trading in a particular financial instrument. In the past, this instrument was binary options. Currently, it is CFDs, forex and cryptocurrencies.”

But the investment is fictional, according to police.

“The deposited funds are never transferred to capital markets and the trading platform visible to the customer is pure deception,” the German authorities alleged. In many cases, investors lose all of their money, supposedly by losing trades, said prosecutors.

Israel has been a major hub of online investment scams, which also operate from Cyprus and throughout Eastern Europe. Binary options was outlawed via Knesset legislation in October 2017, largely as a result of investigative reporting by The Times of Israel that began with a March 2016 article entitled “The wolves of Tel Aviv.” Since then, some scammers have shifted to schemes involving forex trading, CFD or cryptocurrency speculation.

At the industry’s height, hundreds of companies employed thousands of Israelis and allegedly fleeced victims worldwide out of billions. The firms would dupe victims into believing that they were investing successfully and earning money, and encourage them to deposit more and more into their accounts, until the company caused them to lose trades or cut off contact with the investor and disappeared with all or almost all of their money.

Israeli law enforcement has prosecuted almost no online investment fraudsters, despite the fact that the industry has employed thousands of Israelis who have defrauded billions of dollars from victims worldwide.