Fallen Tigers is filled with information about military aviation history, history of China, and World War II history.  This book brings to the fore the fate of the missing airmen in China during WWII. The events of this book are narrated after interviewing and corresponding with these veterans and their families. Memoirs, diaries, reports, correspondence with those back home have all added to the research for this book.  The author used a nearly complete record of every airman that crashed or bailed out at a location more than a day’s trip from a friendly airbase. These reports, when looked at as a whole and analyzed, gives a view of China’s war without mythology or ideological or political glasses. There are many pictures to enjoy as well. Remember, 400 airmen are still listed as missing in action….Carol

Mere months before the attack on Pearl Harbor, President Franklin D. Roosevelt sent a volunteer group of American airmen to the Far East. Within two weeks of that fateful Sunday in December 1941, the American Volunteer Group—soon to become known as the legendary “Flying Tigers”—went into action. Audaciously led by master tactician Claire Lee Chennault, daring pilots led their men in desperate combat against enemy air forces and armies despite being outnumbered and outgunned. Aviators who fell in combat and survived the crash or bailout faced the terrifying reality of being lost and injured in unfamiliar territory.

Historian Daniel Jackson, himself a combat-tested pilot, recounts the stories of downed aviators who attempted to evade capture by the Japanese in their bid to return to Allied territory. He reveals the heroism of these airmen was equaled, and often exceeded, by the Chinese soldiers and civilians who risked their lives to return them safely to American bases. Based on thorough archival research and filled with compelling personal narratives from memoirs, wartime diaries, and dozens of interviews with veterans, this vital work offers an important new perspective on the Flying Tigers and the history of World War II in China.

Daniel Jackson is a graduate of the Air Force Academy and is the author of The Forgotten Squadron: The 449th Fighter Squadron in World War II and Famine, Sword, and Fire: The Liberation of Southwest China in World War II. Visit his YouTube Channel! 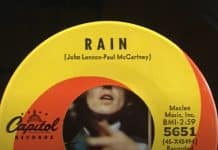 US asks Israel to ‘deescalate’ tensions in occupied al-Quds

Italian Pusher Died after Beaten in Barrack: Two Carabinieri Sentenced to 13 years in...

The Luciferian-Deep State roots Freemasonry and the Terror Triad of Israel,...

‘From the river to the sea’: Rallying for the liberation of...

Thom Hartmann: 1979 Seizure of US Embassy in Tehran a CIA...