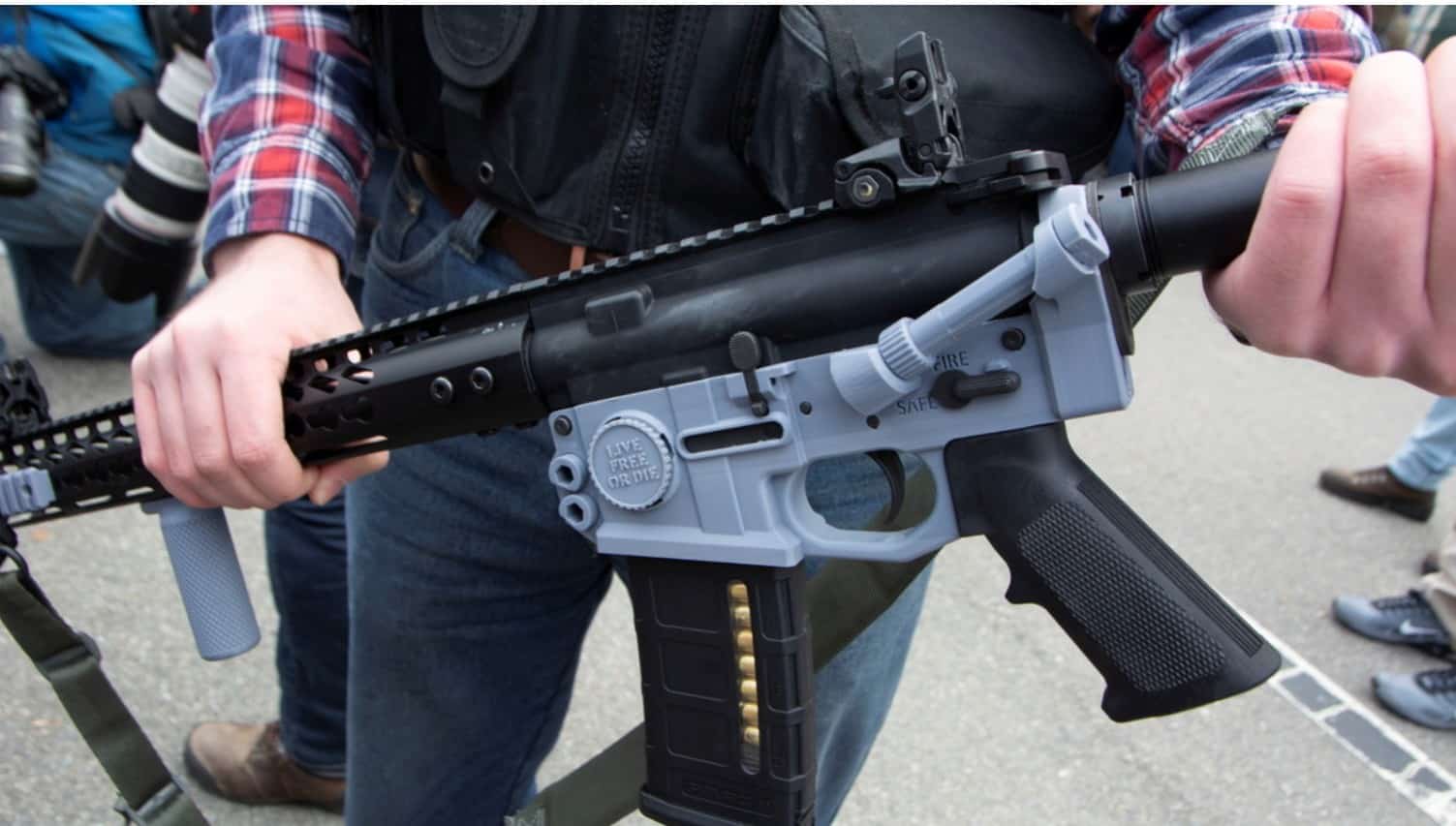 RT/Moscow: Spanish police have seized weapons, including a replica assault rifle and explosives, in a raid on what has been called the first illegal 3D-printed weapons workshop in Spain, capable of producing weapon parts in minutes.

Law enforcement officers raided a facility in Santa Cruz de Tenerife in Spain’s Canary Islands and arrested its owner, whose identity was not revealed, a statement by the Spanish National Police said on Sunday.

The operation took place in September 2020 but remained secret until now through a decision of a Spanish court.

The police seized 19 3D-printed handgun frames, nine magazines, two silencers as well as numerous weapon parts during the raid. A replica of an Airsoft AR-15 assault rifle as well as two tasers, five knives, a machete and a katana were also discovered.

The officers believe that the weapon parts were produced right on the spot using 3D-printing technology, as two 3D printers and 11 spools of filament for them were also found. When the police raided the workshop, operations were in full swing and one of the printers was just about to produce another handgun frame. According to some media reports, the equipment found on the spot allowed the workshop owner to produce a gun barrel within mere minutes.

“The arrested man could fully manufacture a small firearm,” the statement said. Apart from the gun parts, various chemical substances used to produce explosives, including black powder and acetone were also discovered.

The officers found more than 30 manuals, including on how to manufacture firearms through 3D printing, alongside with what they called “terrorist manuals” and texts on urban warfare, production of home-made explosives and the use of firearms.

The motives of the workshop owner have not yet been revealed to the public. The suspect had been charged with illegal possession of firearms and explosives.

The developments also sparked concerns among Spanish police that the technologies used in this workshop could allow criminals and terrorists to hoard firearms without attracting too much attention. The police only picked up the trail of the suspect when agents specializing on monitoring internet activities stumbled on a person purchasing essential parts of firearms and explosives online, the statement says.

ALSO ON RT.COMGerman synagogue shooter used an improvised gun. Is this a sign of things to come?

“Additive manufacturing – also known as 3D printing – is a disruptive technology that exponentially increases the danger of proliferation of firearms, granting criminal and terrorist groups access to them,” the police said. While suggestions that 3D-printing technologies are making the bad guy’s life easier have been made before, it is not clear if a fully 3D-printed firearm has ever been used in a high-profile attack, nor how heavily the criminals would be relying on the technology.

A lone wolf shooter in the German city of Halle used a submachine gun created with craft components in a 2019 attack on a synagogue that claimed two lives. His gun jammed at least three times, which prompted suggestions the sloppy design could have potentially saved some people’s lives. The Halle shooter reportedly did possess a partially 3D-printed gun, but it’s believed that he’d left that firearm at home.