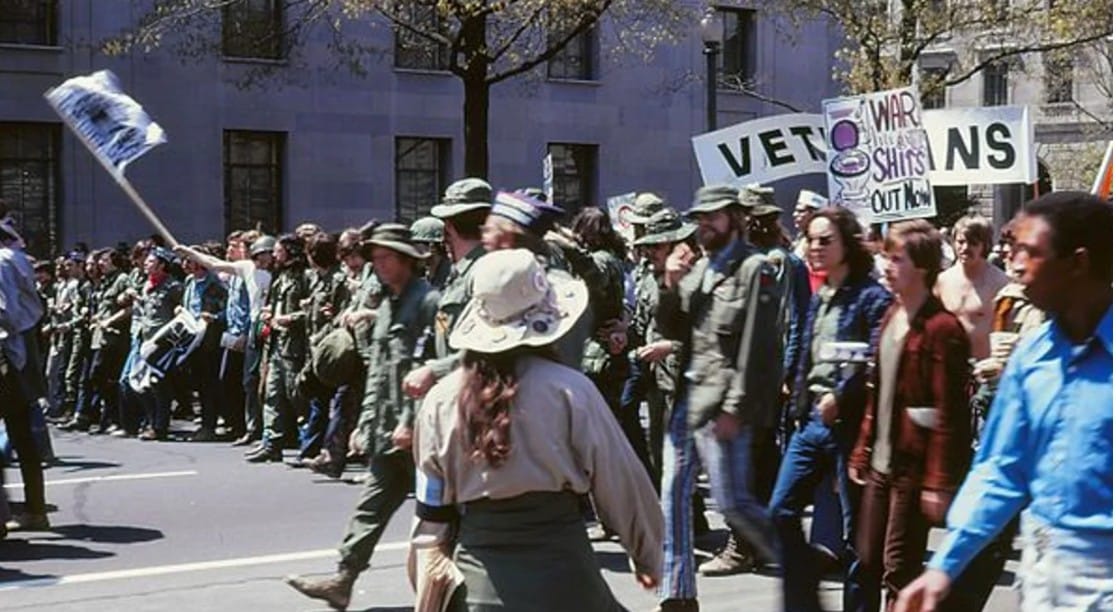 Vietnam Veterans Against the War in Washington, DC. 1971.

–
(VT’s Senior Editor was a charter member of the VVAW and Vets for Peace, participated in many marches and acted as spokesman for anti-war groups.  Veterans Today exists as a part of that continuing effort and has from day one.)
–

Alternet: They called their trip to Washington, D.C., an “invasion.” Vowing not be “deterred or intimidated by police, government agents, [or] U.S. marshals,” they arrived outfitted for war in fatigues and jungle boots with weapons and gas masks firmly in hand.

Calling themselves “concerned citizens” and “patriots,” they announced their intention to “protect the flag” by “stop[ing] all business as usual, until the government recognizes and responds positively to our demands.”

No, these were not the self-professed patriots who stormed the U.S. Capitol Building on January 6, 2021.

This was back in 1971 when President Richard Nixon claimed to be fulfilling his campaign promise of “peace with honor” by lowering the number of American ground troops in Vietnam. Much to the horror of thousands of recently returned GIs, the civilian branch of the most vocal and sustained antiwar movement in American history took the bait and stopped protesting.

And thus, on the evening before Patriots’ Day, twelve hundred members of Vietnam Veterans Against the War (“VVAW”) arrived in Washington from around the country for what they called Operation Dewey Canyon III in a pointed rebuke of the recent American expansion of the air war into Laos under code names Operation Dewey Canyon I and II.

At first the public was confused. The men who descended on the nation’s capital in olive drab, some with bandoliers strapped across their chests, did not look anything like the closely clipped GIs featured in the military recruiting posters plastering America’s post offices. These guys had beards and long hair.  read more..