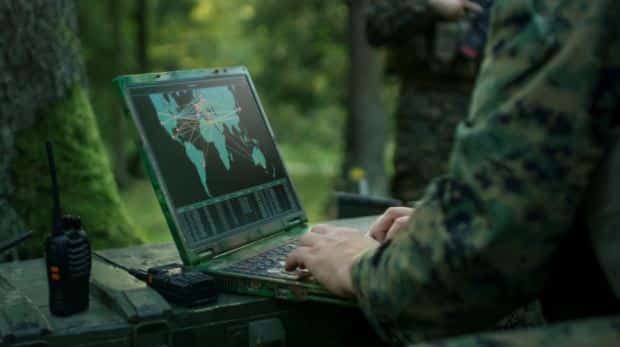 Constant enhancement of modern remote sensing technology and the availability of satellite data has transformed the way we collect and analyze space data for various purposes.

As Earth imagery becomes more frequent and easily accessible, it is now possible not just to observe the changes our planet undergoes, but also to harness this information for smarter decision-making in different spheres.

Satellite data is now a unique asset that allows for detecting physical, social, and economic characteristics of Earth consistently and remotely. And as space is becoming more commercialized and satellite data can be retrieved even for free, more and more industries tend to utilize the constantly growing amount of opportunities satellites can offer. One of the biggest areas that leverage satellite monitoring is environmental monitoring. See how that works through the example of 2020 environmental disasters satellite tracking.

Another sphere that exploits Earth observation capabilities to the fullest is the military, accounting for the largest share on the satellite imagery market according to the Commercial Satellite Imaging Market – Growth, Trends, COVID-19 Impact, and Forecasts (2021-2026) report.

The use of space data from government and commercial satellites has become critical to many military operations, including geolocation and navigation, target detection, missile warning, and adversary activities tracking.

Leading, technologically advanced countries that have access to space are actively developing concepts for the use of space for military purposes. These concepts relate to the development of information and space support systems that solve the problems of intelligence, communication, and navigation. And one of the main “tools” here would be reconnaissance satellites. They, in turn, are usually subdivided into optical reconnaissance satellites that are basically surface observation devices, and electronic reconnaissance satellites that “catch” radio signals. There are also satellites with a missile warning mission, equipped with sensors that work in the infrared range and can detect rocket engines. Now let’s get into more detail on what functions different satellites perform for the military.

Constellations of navigation satellites utilize GPS technology, which provides mission-critical geolocation capabilities for military, civil and commercial users around the world enabling easy location and time identification. Such satellites can offer either global or regional coverage.

These satellites utilize ground and space-based sensors to notify countries of a missile attack threat, enabling timely defense or offense operations in response. Sensors in space are used to indicate the missile launch and terrestrial radars basically deny or confirm the attack.

This architecture enables control and communication between users and satellites. Terrestrial stations are equipped with transmitters, antennas, and receivers to retrieve data from the spacecraft. And if the satellite is outside the reception area of a ground station, relay satellites can be used to enable inter-satellite communication.

Ultimately, since the start of space exploration, it has become a battleground for power and dominance among major countries. And now, a huge share of all satellites belongs to the military and is used for its purposes. One of the examples of a famous military spy satellite is NROL-44 planned for launch by the U.S.

NROL-44 is a huge (over 5 tons) satellite that belongs to a class of U.S. spy satellites called Orion. Among the 7 Orion satellites launched so far, NROL-44 is one of the biggest, equipped with a huge parabolic antenna that unfolds to more than 100 meters in space. NROL-44 will also be able to communicate with commercial telecommunications satellites, “absorbing” hundreds of thousands of cellphone calls or “screening” the dark web for terrorist activity.

Ultimately, the widespread use of satellites and remote sensing technologies will lead to a radical revision of the basic principles of warfare, namely by ensuring the global nature of the military presence, its timely remote detection, and monitoring.