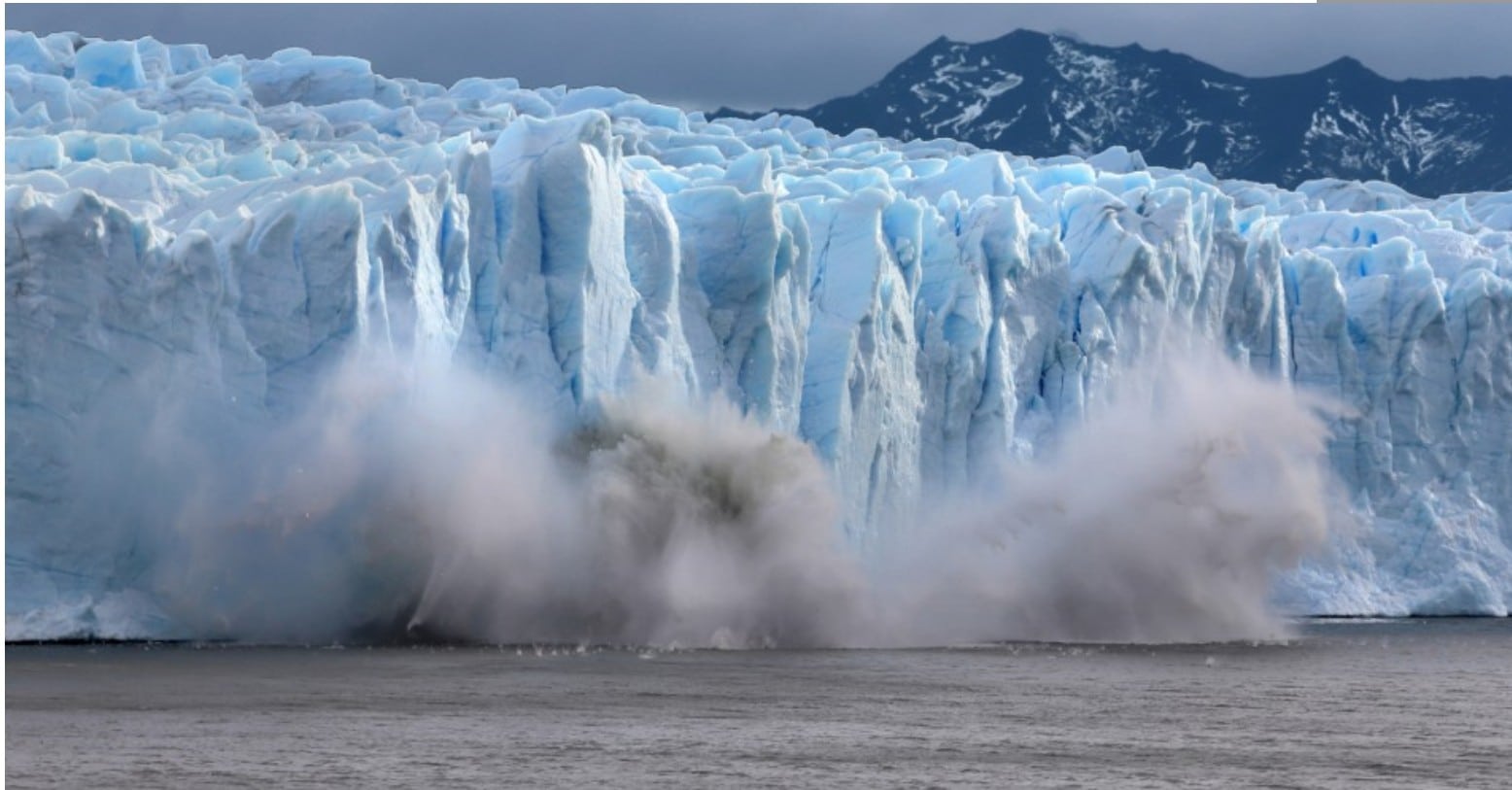 Since 1980, the planet’s north and south poles have moved roughly four meters in distance, and new research shows that shifts in the Earth’s rotational axis have accelerated since the 1990s as a result of the widespread melting of glaciers—a clear manifestation, scientists say, of the climate emergency.

“Faster ice melting under global warming was the most likely cause of the directional change of the polar drift in the 1990s,” Shanshan Deng—a researcher from the Institute of Geographic Sciences and Natural Resources Research at the Chinese Academy of Sciences—told the American Geophysical Union (AGU) Thursday.

In a study published last month in the peer-reviewed journal Geophysical Research Letter, Deng and her co-authors found that changes in terrestrial water storage—particularly the accelerated loss of water stored on land due to melting glaciers—redistributed enough of the world’s mass to drive “the rapid polar drift toward the east after the 1990s.”

As The Guardian explained Friday:

The planet’s geographic north and south poles are the point where its axis of rotation intersects the surface, but they are not fixed. Changes in how the Earth’s mass is distributed around the planet cause the axis, and therefore the poles, to move.

In the past, only natural factors such as ocean currents and the convection of hot rock in the deep Earth contributed to the drifting position of the poles. But the new research shows that since the 1990s, the loss of hundreds of billions of tons of ice a year into the oceans resulting from the climate crisis has caused the poles to move in new directions.

The scientists found the direction of polar drift shifted from southward to eastward in 1995 and that the average speed of drift from 1995 to 2020 was 17 times faster than from 1981 to 1995.

The AGU noted that “researchers have been able to determine the causes of polar drifts starting from 2002 based on data from the Gravity Recovery and Climate Experiment (GRACE), a joint mission by NASA and the German Aerospace Center, launched with twin satellites that year and a follow-up mission in 2018.”

Data from the GRACE satellites has enabled scientists to “link glacial melting to movements of the pole in 2005 and 2012, both following increases in ice losses,” The Guardian reported. “But Deng’s research breaks new ground by extending the link to before the satellite’s launch, showing human activities have been shifting the poles since the 1990s, almost three decades ago.”

While Deng’s team showed that the accelerated decline in water stored on land stemming from glacial losses “is the main driver” of polar drift since the 1990s, the researchers wrote that groundwater depletion in non-glacial regions has also contributed to the movements.

“Groundwater is stored under land but, once pumped up for drinking or agriculture, most eventually flows to sea, redistributing its weight around the world,” The Guardian noted. “In the past 50 years, humanity has removed 18 trillion tons of water from deep underground reservoirs without it being replaced.”

Vincent Humphrey, a climate scientist at the University of Zurich who was not involved in the study, told AGU that the new research “tells you how strong this mass change is—it’s so big that it can change the axis of the Earth.”

This shift in the Earth’s axis, however, is too small to affect daily life, Humphrey added. It could change the length of day, but only by milliseconds.

Nonetheless, other climate experts such as Jonathan Overpeck of the University of Arizona, have said before that the mere fact that the climate crisis is driving polar movements demonstrates “how real and profoundly large an impact humans are having on the planet.”