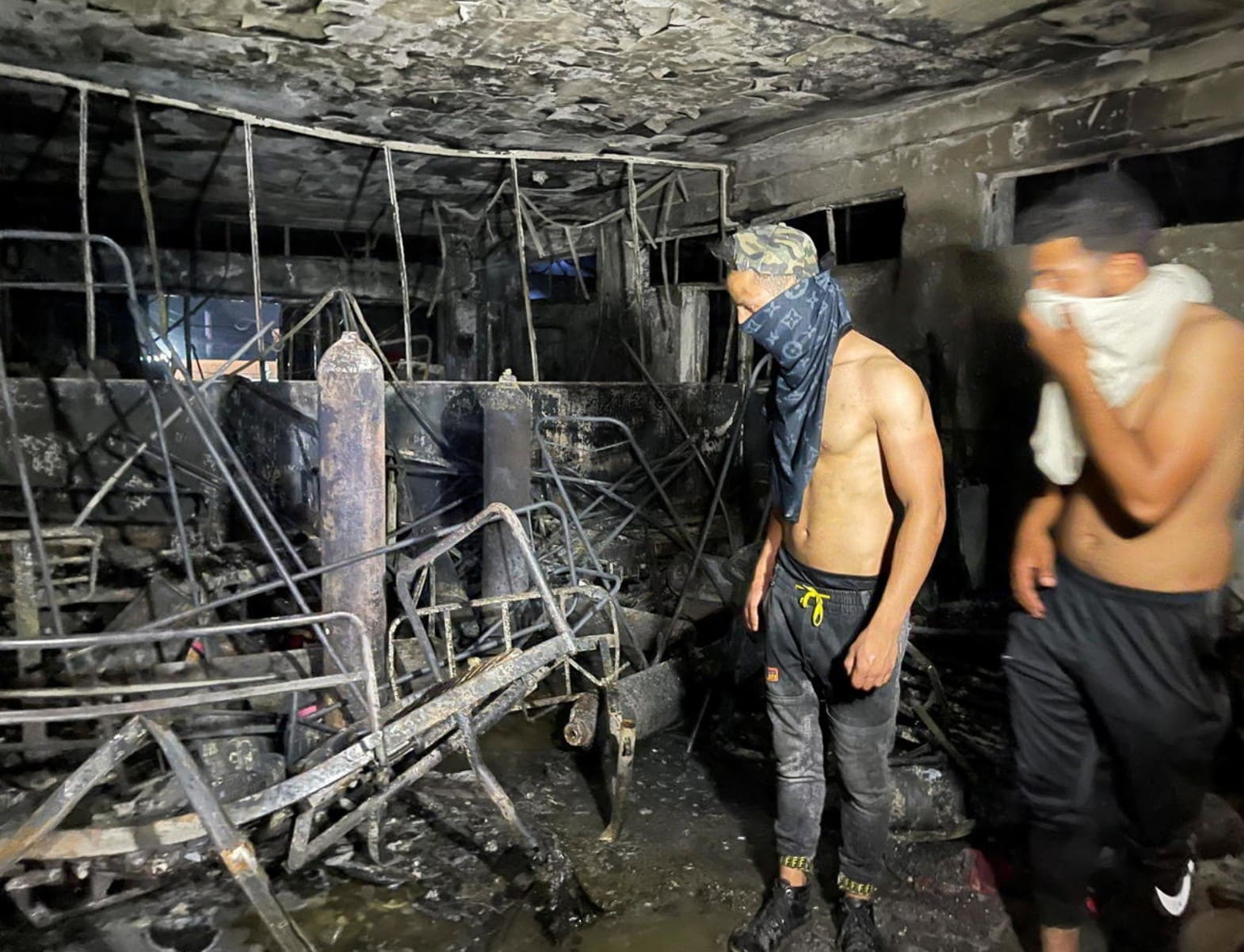 CBS News: Iraq’s Interior Ministry said Sunday that 82 people died and 110 were injured in a catastrophic fire that broke out in the intensive care unit of a Baghdad hospital tending to severe coronavirus patients.

Anxious relatives are searching for those missing after a blaze set off by an exploding oxygen cylinder killed 82 in a Baghdad coronavirus ward. The blaze described by a nurse as "volcanoes of fire" swept through the hospital's ICU unit. By @samya_kullab https://t.co/coimT3dGpU

Negligence on the part of hospital authorities has been blamed for the Saturday night fire, which initial reports suggest was caused when an oxygen cylinder exploded in the ward of Ibn al-Khatib hospital. Iraq’s prime minister fired key hospital officials hours after the catastrophic incident.

Among the dead were at least 28 patients on ventilators battling severe symptoms of the virus, tweeted Ali al-Bayati, a spokesman of the country’s independent Human Rights Commission. The commission is a semi-official body.

Firefighters rushed to battle the flames that raged across the second floor of the hospital. Civil defense teams put out flames until the early hours of the morning.

Ambulances transported dozens of wounded. The Health Ministry said at least 200 people were rescued from the scene.

Doctors at the scene were frazzled by the chaos unfolding around them. They said numerous burned bodies were carried out by paramedics from the hospital floor.