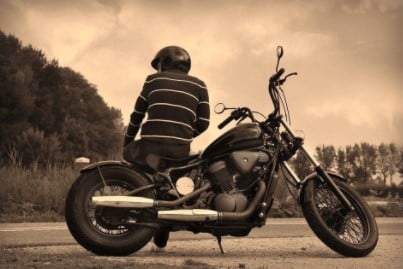 Motorcycling can be both a thrilling pastime that takes people all over the country as well as an exciting way to conduct basic travel. Every year millions of people around the world embark on unforgettable journeys on these open-air vehicles. For many there’s just something special about highway travel by motorbike, for instance.

At the same time, learning how to properly operate a motorcycle takes a level of time and effort that not everyone will be willing to put in. A motorcycle is by no means a car, and the skills required to drive one cannot be expected to allow anyone to drive the other. Nevertheless there are many inexperienced and under-trained motorcyclists on the road, which can make things dangerous for everyone on the road around them.

Since there are some unskilled motorcyclists–and drivers in general– on the road in North America, it is important to be aware of the risks associated with using motorcycles. So below is a list of statistics that help give a picture of how common as well as how dangerous motorcycle accidents are. The following data is from this IIHS webpage.

If you want to know what kind of risk you’re accepting when you hop on your bike, then you’ll need to have a better idea of the recent motorcycle accident statistics:

Using a motorcycle can bring great joy to anyone’s life and routine, whether they depend on one to get to work or as a method of wider travel and escape. But in addition to having the skills necessary to drive one, it is important to know the risks associated with the type of vehicle. And judging by the above list it is important to remind older motorcyclists that experience doesn’t guarantee safety on the road.