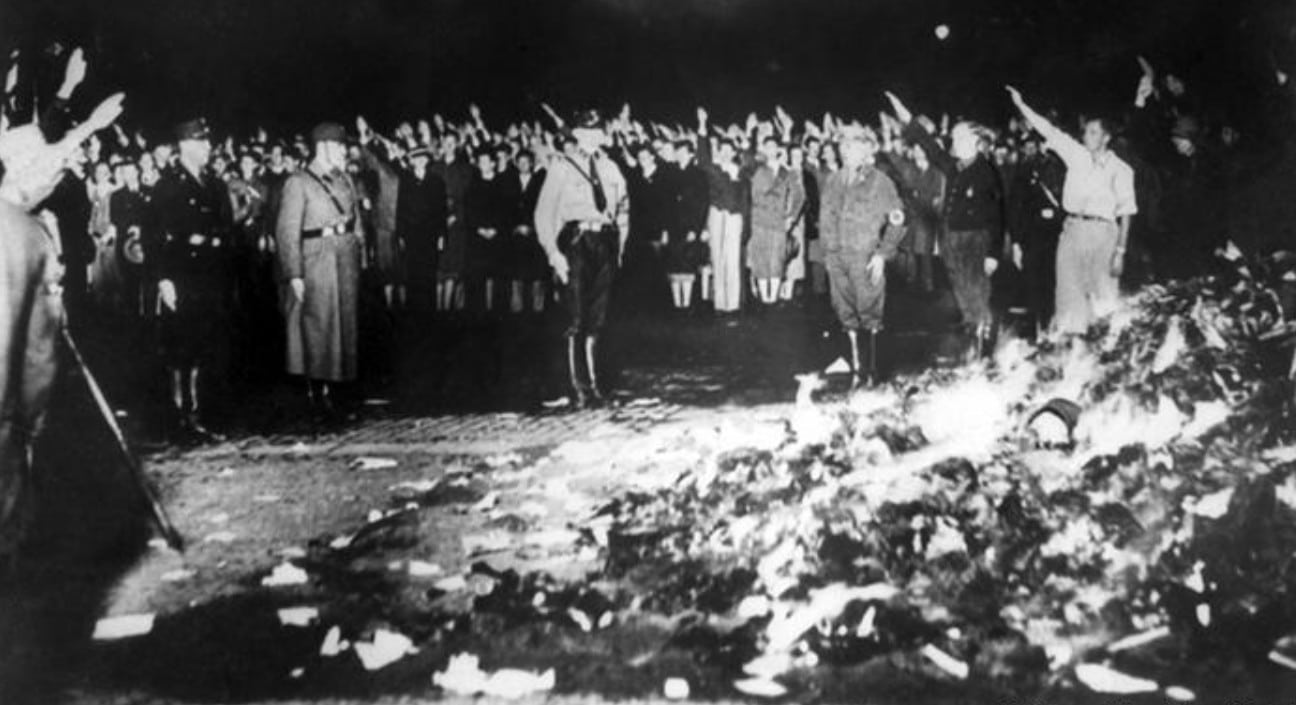 By Gordon Duff (for nobody…no one would publish this)

Moves by the US government to suppress perceived threats from foreign propaganda organizations has led to extreme problems for members of the media.  Many are being threatened with fines and imprisonment and the end result, perhaps purposeful, is a veil of control over honest reporting.

The US effort, at the outset was heavily politicized and efforts to restrain Russian influence ended up attacking journalists politically opposed to Donald Trump and his horrific mishandling of the COVID pandemic, the single biggest blunder in American history.

Thus, when VT was cited as a Russian influence operation by the Department of Justice in November 2018 for backing Biden, and in doing so, directly going against Russia’s primary news outlets, Russia Today and Sputnik News, a pattern was seen.

Similarly, immediately after the coup attempt on January 6, 2020, the same agency claimed “antifa,” a political theory with no organization at all, had really staged the neo-Nazi attack on the Capitol, we all knew that the “bus to crazytown” had left the station.

The same intellect that claimed COVID 19 was a hoax or advocated drinking bleach as a cure was now protecting the United States.

Any news organization that reports views at odds with official disinformation sources from the CIA and Pentagon is at risk.

That said, however, there is a very long history of foreign influence over the US press.  Many claim that 90 percent of that controlled disinformation-based reporting involves Israel but anyone who openly examines this assertion faces charges of anti-Semitism.

Thus, it is impossible to mention the word “Palestinian” in the US press without adding “terrorist” to it.  It is also impossible to question how Israel operates even when the leader of its government still holds power while manipulating events, even risking world war, in an effort to stave off his own prosecution for corruption.

Similarly, the US just recently removed, almost under force of arms, a president responsible, according to numerous highly qualified sources, for the death of over 400,000 Americans due to politicizing the COVID pandemic.

But behind it all is something more sinister involving the US and Russia.  That relationship has often defined the worst of America’s governmental abuses, with decades of looking under beds for communists and seeing threats when there are none.  But then some threats are real and both nations have intelligence agencies tasked with protecting national interests.

In fact, all nations do.

There are real issues about nations and what they do to advance their own interests, but one must also recognize that attempting to stem issues of propaganda and disinformation in today’s world is a bit unsound at best.

Any real expert will note, at the get-go, that Google, Facebook and Twitter have, in fact, their own policies that are deeply biased on key issues, some demonstrating ties to foreign spy organizations, not Russia.

In 2016, Google itself sponsored hundreds of anti-Clinton websites that carried Pizzagate and other conspiracies now recognized as hoaxes.  Where Russia is blamed, Google is not.  Why?

Similarly, Facebook has provided a highly protected platform for violent extremist groups in the US, groups under investigation by the FBI for “domestic terrorism” and cited by governments, such as Canada, as terrorist organizations.

Also note that though these groups openly attacked the US government and are responsible for many acts of violence, they are never put on terror lists.  This allows millions in cash from America’s wealthy elites to flow into armed anti-government militias without the threat of charges for “material support for terrorism.”

Of course, federally licensed news networks also recruit for these terror groups and support their anti-government efforts and do so with impunity.  We will be looking into that.

One might ask whether broadly targeting Russian backed organizations, real or imaginary, is a best use of resources when over fifty million Americans openly support domestic terrorist groups who espouse insane conspiracy theories and threaten public officials?

That said, these are policy issues but that no one asks the questions, privately or publicly, is an issue in itself.

Recently, the United States Department of Treasury went after SouthFront as a Russian influence operation taking direction from the FSB.  From SouthFront:

The SouthFront fan club in the US administration, and in particular in the White House and the State Department, seems to be rapidly growing. The scale of popularity of SouthFront on the highest level of the US government reached the level, when the world’s superpower imposed sanctions on SouthFront website (southfront.org) and declared the state of a “national emergency” over the alleged Russian threat (HINT: As we know from the ‘deep analytical report‘ of the State Department, SouthFront is a “pilar” of the Russian disinformation campaign against the United States).

There is a long story behind this.  VT has had a relationship with SouthFront for many years, primarily due to SouthFront’s reporting on Syria and their wonderful articles on Russian military capabilities.  Their reporting has been first rate and their sourcing has been excellent as well, sometimes going past, perceivably, “open source.”

That said, VT reached an impasse with SouthFront, on the 2020 election when a clearly perceivable change in editorial policy had that publication supporting right wing extremist conspiracy theories regarding the US election.

We attempted to open a dialog with SouthFront, who openly posted on VT with its own login, as editorial policy prohibited known fake material, particularly when its origin was clearly manipulated by forces supporting tyranny.

Similarly, VT prohibits vaccine conspiracy theories which can cause loss of life among VT’s military veteran readership though the line between conspiracy theory and real vaccine issues requires careful assessment.  It is one thing quashing conspiracies and another suppressing genuine controversy.

This is where the issue of SouthFront had become so vital.  Their reporting on Western support for ISIS and al Qaeda, on the White Helmets and the OPCW is first rate.  Each report made by them was backed by our sources in the ground in Syria and elsewhere and their courageous efforts provided the best and perhaps only detailed daily coverage of an important war that was deeply censored in the West.

Thus, we have a dilemma.

We might also add that VT was interviewed repeatedly by the FBI about their relationship with South Front.  During those interviews, I went over specific stories with investigators from FBI Counterintelligence, citing where US policy, protected by broad censorship was, often, in direction violation of US law on material aid to terrorism and how independent sources confirmed SouthFront’s most controversial assessments.

But the issue of the election is something different.  The claim, that SouthFront is Russian intelligence may well be true.  There is no way of knowing otherwise.  Does this make what they do wrong?

There is also the extremely odd change of policy at SouthFront where their reporting began to reflect the Murdoch news outlets, Fox News and others, notorious for bad reporting, for outright lying and for extreme right-wing bias.

In doing so, it aligned South Front with neo-Nazi and white supremacist elements in the US and brought about an impasse with VT’s editorial policy though South Front still produced excellent material on other issues.

One might add that many US publications, some deeply engrained MSM, such as the New York Times, CNN or the Daily Beast/Newsweek, would often carefully insert bizarre and highly biased stories that seemed to originate from intelligence services outside the US, other than Russia, but whose ends intended damaging to the United States and its people.

In fact, this is seen continually on right wing news sites like Newsmax and literally hundreds, even thousands of fake media outlets long proven “dark funded” by interests that include criminal organizations or known drug cartels.

Nobody ever asks about this.

Let us go a different direction and see when absurdity meets reality.

The typical claims that the US seeks to limit, today at least, are those that support Qanon and target vaccine programs or promote post-election violence against the US.

Currently, by estimate, over 40 percent of Americans exclusively access material of this type provided by news agencies operating with broadcast licenses supplied by the US government, information directly parallel, to the most extreme extent, with the same material claimed to originate from Russia’s FSB.

One might also add both Google and Facebook to this group, as their policies have invariably shown extreme bias toward materials cited today as “pro-Russian conspiracy theory.”

Why does no one take the broadcast license of the hundreds of stations that carry hour after hour of Tucker Carlson or Sean Hannity espousing wild anti-American propaganda that directly parallels what the US claims is Russian disinformation?

Then we have other issues in the waning days of the Trump administration.

We are not saying that Russia doesn’t promote news material that advances its interest.  One might also ask a hard question that intelligence experts have brought up.

If SouthFront is really working for the FSB, why would that Russian spy organization “burn” one of its operations in order to put out pro-Trump election conspiracy theories, reached by a few thousand SouthFront viewers when tens of millions of Americans are already deluged with the same material over their televisions every day?

Nobody at the FBI or other organizations has, by our knowledge, taken a look at this and asked the question.