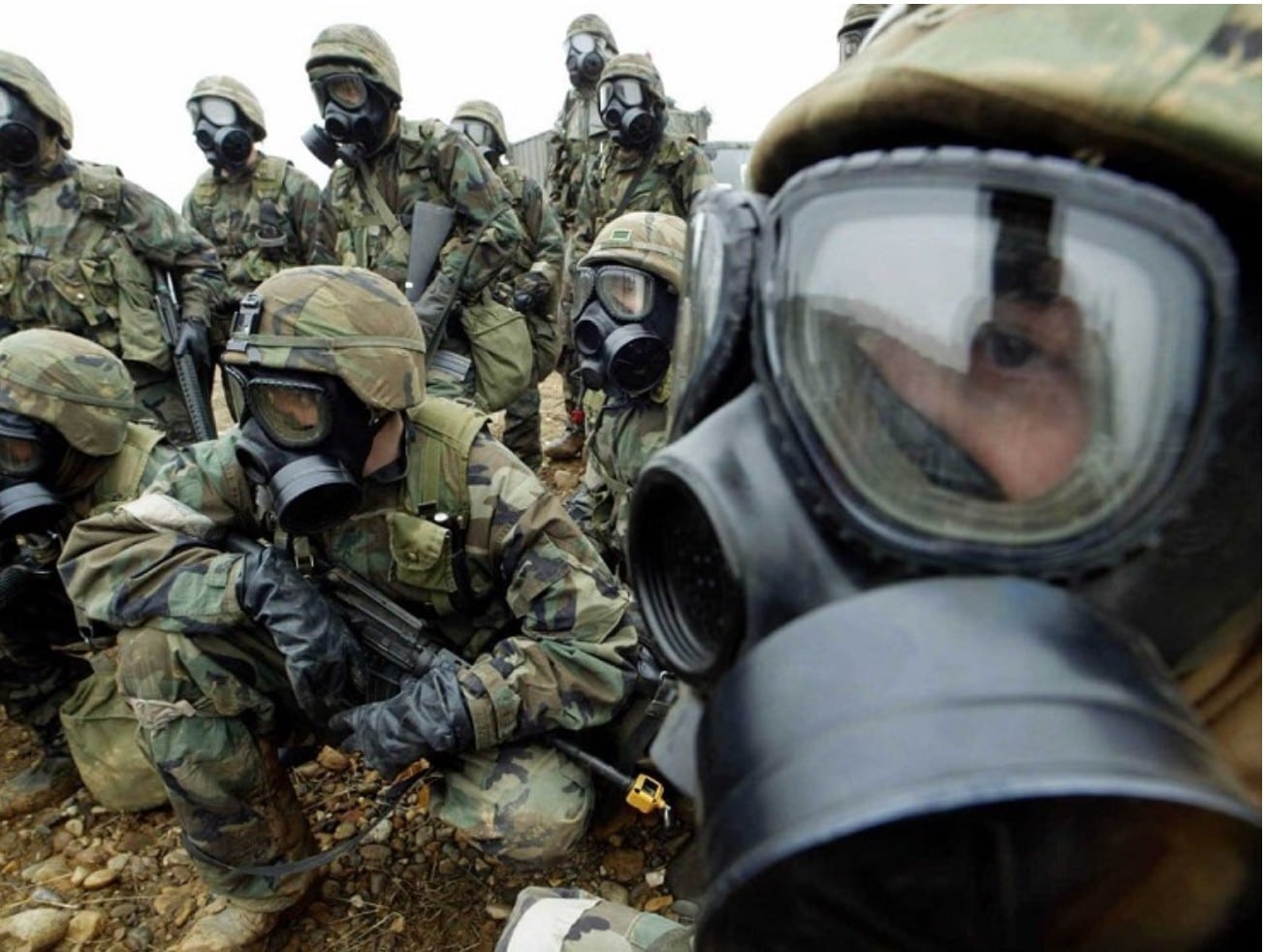 Recently, various versions of the origin of Covid-19 have become very actively considered by scientists and experts in various countries. On March 26, even Robert Redfield, the former head of the US Center for Disease Prevention and Control, stated that Covid-19 was after all created artificially, which, he said, was indicated by the peculiarities of the spread of the new type of coronavirus. WHO Director General Tedros Adhanom Ghebreyesus admitted a week later that the source of the coronavirus infection had never been identified, and WHO continues to consider “all possible versions of the origin of the coronavirus.”

At an April 14 hearing before the US Senate Intelligence Committee, Director of National Intelligence Avril Haynes also confirmed that the US intelligence community is considering two alternative versions of the origin of Covid-19, including a “laboratory accident”.

Although the United States is strenuously trying to argue that it had nothing to do with this deadly chimera of the 21st century, which has already claimed three million lives worldwide, such accusations against Washington have become more and more frequent in the conclusions of various experts. Even the British Daily Mail, in support of such accusations, emphasizes that back in 2017, when no one in the world even imagined a global coronavirus pandemic breaking out in 2019, US intelligence predicted Covid-19 and related restrictions in all countries of movement to curb its spread. On the basis of this alone, the assumptions that such “esoteric predictions” were clearly based on a perfect knowledge of the subject of the “prediction” from the activities of the numerous secret US bio-laboratories scattered around the world, many of which have appeared in recent years near the borders of China and Russia, become very strong.

And this brings to mind the significant historical experience of US biological genocide around the world. Suffice it in particular to recall the typhoid blankets with lice they used to wipe out as many Indians as possible. Or the brutal population sweeps in Australia, which were carried out not without the aid of the spread of deadly diseases. And also Pentagon’s Ranch Hand operation, which contaminated a large part of South Vietnam with Agent Orange defoliant…

Therefore, Beijing’s demand to the United States to provide information about experiments being conducted in US military biolaboratories, in particular in Ukraine and at Fort Detrick, Maryland, USA, sounds very reasonable today. “We hope that the countries concerned and the United States will take a responsible and open stance, begin to cooperate with the WHO and invite its experts to conduct scientific research to find the sources of the origin of the coronavirus in the United States,” Beijing reasonably states.

And this demand is heard today not only from China, but also from many other countries, in which, or in close proximity to which, in recent years “specialists” of the Pentagon and US intelligence agencies have created a whole network of secret bio-laboratories. Two hundred such US biological warfare laboratories are now a direct threat to more than a dozen countries. The US has set up biolaboratories in 25 countries around the world — in the Middle East, Africa, Southeast Asia and the former Soviet Union. In Ukraine alone there are a dozen and a half: in Odessa, Vinnitsa, Uzhgorod, Lviv (three), Kharkov, Kiev (also three), Kherson, and Ternopil. Several laboratories opened near Crimea and near Luhansk.

However, the US ratified the Biological Weapons Convention in 1972, but refused to accept its protocol on mutual control mechanisms in 2001, so it is not possible to verify Washington’s compliance with the Convention through international legal means. Washington is taking advantage of this by expanding its network of military biolaboratories around the world and their covert activities.

From time to time scandals and disputes related to US secret biolaboratories break out in all countries where they are located. And to illustrate the problems it is enough to refer to the activities of such “secret facilities” of the United States in Ukraine.

In 2005, Ukraine and the United States (as, incidentally, many other countries, where today the US secret biolaboratories are located) signed an agreement — between the Ministry of Health of Ukraine and the US Department of Defense “On Prevention of Spread of Technology, Pathogens and Knowledge that Can Be Used in the Development of Biological Weapons.” The very title of this treaty refers to the “development of biological weapons” as well as to the prevention of the dissemination of knowledge about them. The treaty explicitly states that if Ukraine recognizes any information as confidential, the US cannot publish it. And the persons who will have access to this information will act within the framework of the work with state secrets. The very fact of such secrecy in the absence of specific reports and the actual extraterritoriality of the laboratories, which are not even under the control of the Ukrainian government, make their work more than suspicious. After all, if such laboratories work for humanitarian purposes against dangerous viruses and bacteria, why is any information about such work classified?

The fact that, according to the American classifier, such laboratories exist only in Africa, in some Asian countries, and in the “victorious democracies” — Ukraine, Georgia, and a number of Central Asian countries — is also rather remarkable. All the while in Europe, not to mention the United States itself, there are no such laboratories. — Could it be that, where there is a good scientific and medical base, there is no need to fight dangerous infections? Or maybe just because the European Union is not officially an adversary of the United States today, and any experiments by Washington with bioweapons there will quickly become known and suppressed?

Still, of course, these “missteps” with secret biolaboratories can happen anywhere and the “results” of their activities can work against the initiators of such “research” themselves. Since 2009, the Ukrainian newspaper 2000 and a number of other Ukrainian media outlets have written more than a dozen articles about the American biological threat. Among them, in particular, the protests that took place in a small town near Kharkov, in Merefa, where they were going to build a laboratory building at the Veterinary Institute, which was eventually completed in 2015 and was nicknamed “the death lab near Kharkov.” The demand to investigate US biolaboratories in Ukraine was actively joined not only by the Ukrainian media and public organizations, but also by neighboring countries, which are well aware of the dangers of these facilities for them as well.

Another scandal with secret US biolaboratories in Ukraine erupted in April 2020 after Viktor Medvedchuk publicly addressed the president and the heads of the Ministry of Health, the Security Service of Ukraine and the prime minister, claiming that “15 military biolaboratories are operating in Ukraine.”  This topic was then continued by another Ukrainian publication Strana.ua, which published an article with a dozen questions to the president and other responsible officials, as well as a demand to hold accountable those who gave permission for the operation of “illegitimate foreign laboratories” in Ukraine that conduct experiments to create biological weapons, including on Ukrainian citizens.

Many Ukrainian media outlets have joined in the demand for an objective investigation and closure of US biolaboratories in Ukraine, publishing, in particular, their materials with the headlines “Journalists found out what secret US biolaboratories are doing in Ukraine,” as well as an X Files report. In response, the Kiev authorities, on explicit orders from Washington, began blocking the distribution of such articles and even the video material on 1+1 Channel.

A number of publications in various media have linked the laboratories’ activities to outbreaks of mysterious diseases in some areas of Ukraine. In particular, a virus causing hemorrhagic pneumonia, that occurred in Ternopil in 2009, as well as an outbreak of cholera in 2011. In January 2016, 20 servicemen died of a flu-like virus in Kharkov, more than 200 were hospitalized, and two months later there were already 364 deaths in Ukraine. In 2017, there was an outbreak of botulism in Kiev and Kherson, where people died due to a lack of serums (!), while the US biolaboratories operating there claimed to be directly tasked with fighting such pandemics. In 2012, thousands of Ukrainians “suddenly” became ill with measles, and the disease is now returning. In September 2016, an unknown intestinal infection broke out in Ismail (Odessa region), which particularly affected children.

Under these conditions, if the US biolaboratories do not become public, or if they do not close under public pressure, and against the background of US neglect of this issue, the world will undoubtedly face the abandonment of the 1972 Biological Weapons Convention. And this could be followed by the development by individual countries of their own biological weapons. But does the world, which has already paid the price of three million people for the Covid-19 pandemic that broke out of secret biolaboratories, really need this? Or will the world still force Washington to respect the opinions of other countries?