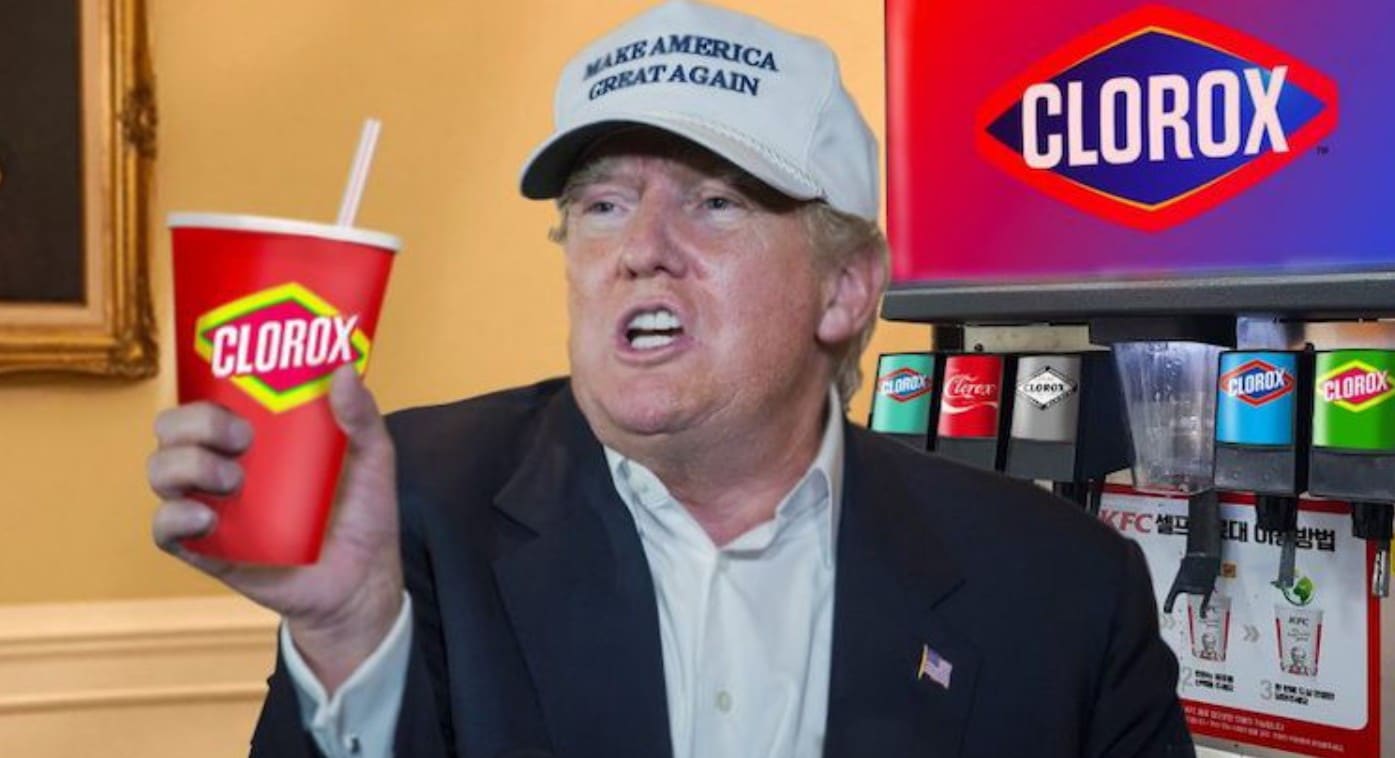 Miami Herald: In April 2020, Mark Grenon claimed he wrote to the president touting poisonous MMS as a treatment for COVID-19. It was just days before the president made controversial remarks about the possibility of injecting disinfectant into COVID-19 patients

How to medical by Sarah Cooper. 💖👑😂 @sarahcprpic.twitter.com/edS4W730sn

Mark Grenon, described as an archbishop and a founder, has also repeatedly said that the church “has nothing to do with religion,”
$1 Million in Toxic Bleach Sold as ‘Miracle’ Cure, Officials Say https://t.co/LOgzO6tVtg

Court records show that the Grenons made more than $1 million selling MMS. On top of marketing it as a cure for COVID-19, the Grenons allegedly pitched the deadly concoction as a cure-all that could remedy a host of medical conditions, such as cancer, Alzheimer’s disease and HIV.

Mark Grenon, who sold thousands of bottles of industrial bleach as a covid cure, was just federally indicted with his 3 sons. Grenon advertised as the “Archbishop” of Genesis II Church of Health & Healing and sold them as a “Miracle Mineral Solution.” https://t.co/FMworVJ8zt

A federal grand jury brought charges against members of a Bradenton family nearly a year after they were arrested for selling bleach that they claimed to be a cure for the COVID-19 virus.

Mark Grenon and his three sons — Jonathan, Jordan and Joseph — face several charges for peddling their “Miracle Mineral Solution” to customers even after the Food and Drug Administration refuted those claims and a court ordered the family to halt sales of the chemicals.

Mark Grenon and his sons are accused of peddling the dangerous "Miracle Mineral Solution." https://t.co/z87madTp4P

In an earlier civil case, a judge ordered the Grenons to quit selling the dangerous product, but the Grenons ignored the demand, prosecutors said. Instead, the Grenons kept selling MMS and threatened to “pick up guns” and instigate “a Waco,” according to court records, referring to the 1993 deadly standoff in Texas between federal agents and David Koresh’s Branch Davidian cult.