As the US transitioned from President Donald Trump’s administration to Joe Biden’s, new policies that would impact the lives of the active-duty military and veterans were certain to be launched. Undoubtedly, after a bombastic affirmation of the veterans for four years by Trump, citizens were apprehensive of what was to come.

During his campaign trails, Biden took the initiative of bringing up issues that concerned veterans. He often referenced his son Beau, who served in the National Guard, to emphasize his personal stake. Biden had a laundry list of proposals for the military and veterans. This is a norm for almost all presidential candidates in the US. Some of the standard talking points he tabled were reducing veteran homelessness and providing all veterans with “world-class health care.” However, he can be held to account for several specific promises such as reassessing veterans’ staffing and hiring the best professionals in their fields to solve the financial issues faced by veterans.

As it stands, transition and veteran employment seem to be top priorities for Biden. Several incremental improvements have been highlighted in his veteran policy webpage. This includes better management and monitoring of the Transition Assistance Program. 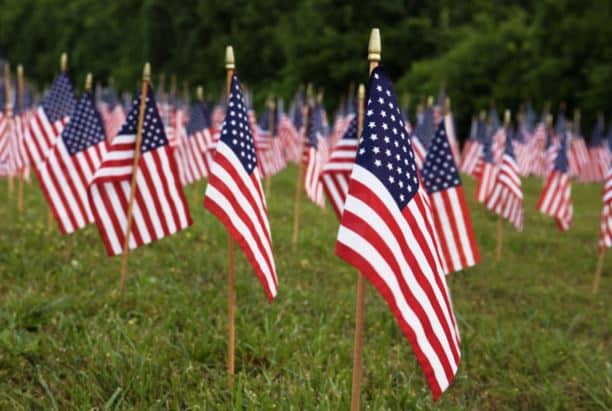 Despite vowing to support veterans, congressional Republican leaders put forth budget proposals that were poised to damage the economic security of veterans during Trump’s rule. First, they highlighted that veterans should pay for tax cuts for corporations and millionaires. Trump’s administration also failed to meet the needs of veterans and their families, with their family incomes being less than twice the federal poverty level (below $50,000 for a four-member family). Even worse, veterans once scorned Trump over a report that he had referred to fallen soldiers as “losers.”

Trump and the congressional proposed budgets undermined the welfare and security of veterans in the following ways:

Biden cares for troops and veterans

According to the latest census, more than 18 million veterans are living in the US. With ongoing wars and a worldwide presence, the military enlists 1.2 million active and 800,000 reserve military personnel. Americans believe that, as a nation, those who serve have to be looked up to, and the government should take the responsibility of supporting veterans when they return home.

Biden respects troops and military leaders, who have been denouncing Trump during his rule. Strategists also point to the stark contrast in Trump’s and Biden’s approaches to the military and veterans.

Being the father of an Iraq War veteran, Biden often says a short prayer for US troops when closing his speeches. His late son Beau received a Bronze Star for his service in Iraq as a member of the Delaware Army National Guard. Trump, on the other hand, could praise veterans in public, but at the same time make Islamophobic attacks on a soldier’s parents whose son was killed in the line of duty. The American Muslim soldier was killed in Iraq, and Trump went ahead to make mocking comments of the US war dead. Amid all these controversies, as well as poor management of the COVID-19 pandemic that was fast spreading in the US, the No Labels organization stayed in place to ensure that things in the political realm remained stable.

According to Biden, the role of commander-in-chief requires selfless devotion, depth of character, and principled leadership to the duty and Constitution of the US. Having spent a lifetime in public service, he has proved to have all of the above, which has made him earn a lot of respect from the troops.

Steps taken by Biden towards improving the affairs of veterans

Much of the well-being of veterans and active-duty troops depends on foreign policy decisions that may go beyond personnel policy. That said, Biden tabled several actions that would have tangible effects on retired and active service members.

First was a proposal of a national center for reducing veteran suicide as well as a $5,000 tax credit for military spouses who care for elderly, ill and wounded veterans. Through Denis McDonough, who is the Veterans Affairs Secretary, Biden pledged to give veterans’ families the respect, dignity, and healthcare they deserve. Currently, military veterans can successfully transition to civilian jobs through a move that has been unveiled by the University of Phoenix.

According to Biden’s administration, taking care of veterans and their families should be embraced by all Americans and not the Department of Veterans Affairs alone. Both veterans and their families have made tough sacrifices for the country, and the US government and citizens need to commit and meet the collective needs of service members to ensure familial care after they leave active duty. Proposing a cut to services that would directly affect the welfare of veterans is a double betrayal.