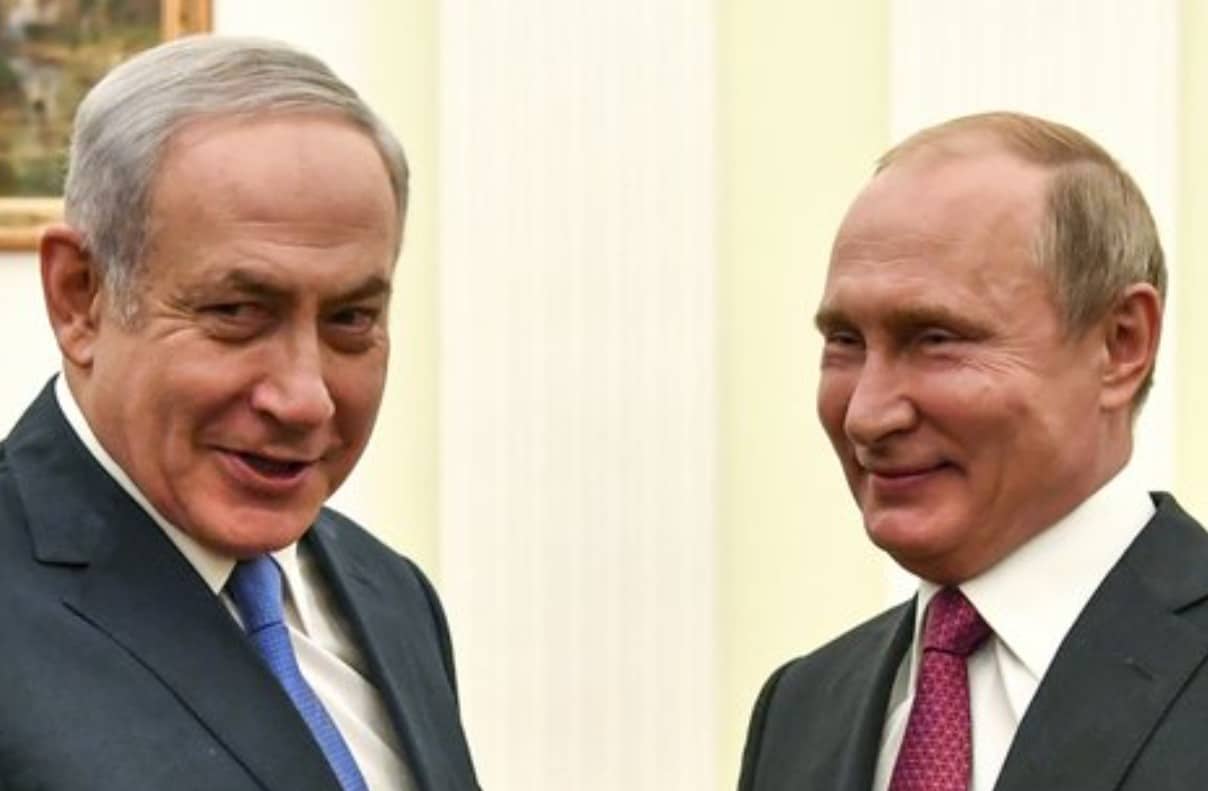 The article below, published on Russia Today, demands that Middle East US envoy, John Kerry be charged with “treason” based on the assertion that Kerry warned Iran of Israeli attacks on Syria.

Why is Russia attacking John Kerry when it is Kerry that is trying to lift sanctions on Syria?

We have seen years of Israeli attacks, even one that brought down a Russian plane with 20 onboard and nothing is done.  The picture is becoming clear.

We also note that 4000 trucks are being allowed to loot Syria’s oil into Turkey, something Russia stopped in 2015 with a massive bombing campaign.  Russia is allowing it now.  Why?

Also, the article below is clear, that threatening Israeli interests against Syria, Lebanon and Jordan also threatens Russian interests as well.  We now believe that Russia is feeding target information to Israel about Iranian backed forces fighting ISIS and al Qaeda.

We know this, the oil tanker with 3 million barrels of crude, that Israel bombed off Syria, was vital to the Syrian people. It was needed to keep hospitals open, power electricity and water and vital to the common people of Syria.

We also now know, according to highest level sources in Damascus, that the Syrian government believes Russia was fully complicity in aiding and approving Israel’s attack.

We also know that Russia is offering to give Turkey Idlib Province and key areas of Northern Syria.  We have this from sources in Russia.

We can’t help but derive something from the fact that Russia is still trying to get Trump back into the oval office, according to RT and Sputnik and, worse still, how they betray their own friends and allies, in this case Syria, in order to interfere in US affairs on behalf of their seeming Israeli masters.

The smell is overwhelming.

A controversial recording leaked to the New York Times on Sunday captured a far-reaching, hours-long discussion between Zarif and economist Saeed Leylaz. At one point in the sit-down, the Iranian FM says Kerry informed him that Tel Aviv had carried out more than 200 strikes on “Iranian interests” in Syria, a revelation Zarif reportedly called “astonishing.”

However, Kerry weighed in later on Monday night to set the record straight amid the controversy, insisting the allegations are “unequivocally false.”

“This never happened – either when I was secretary of state or since,” he added.

Prior to Kerry’s denial, State Department spokesman Ned Price rushed to the climate envoy’s defense, telling reporters during a Monday press briefing that while he couldn’t speak to the “authenticity” or “accuracy” of the leaked audio, “I would just make the broad point that if you go back and look at press reporting from the time, this certainly was not secret.”

Price presumably referred to a 2018 Reuters report that also stated Tel Aviv had launched 200 strikes on Iranian targets in Syria over the prior two years, citing a senior Israeli official.

The leaked audio surfaced as Washington and Tehran continue to meet for indirect talks in Vienna to revive the 2015 nuclear deal signed between Iran and world powers, from which former US president Donald Trump unilaterally withdrew in 2018, reimposing a raft of crippling sanctions soon after.

Since then, Iran has scaled back its own commitments under the deal, insisting the Joe Biden administration must make good on promised sanctions relief before it considers returning to full compliance with the nuclear pact.Tehran, for its part, has not disputed the authenticity of the recording, though a Foreign Ministry spokesman argued the behind-closed-doors conversation was leaked “illegally” and that portions had been “cherry-picked” for political purposes.