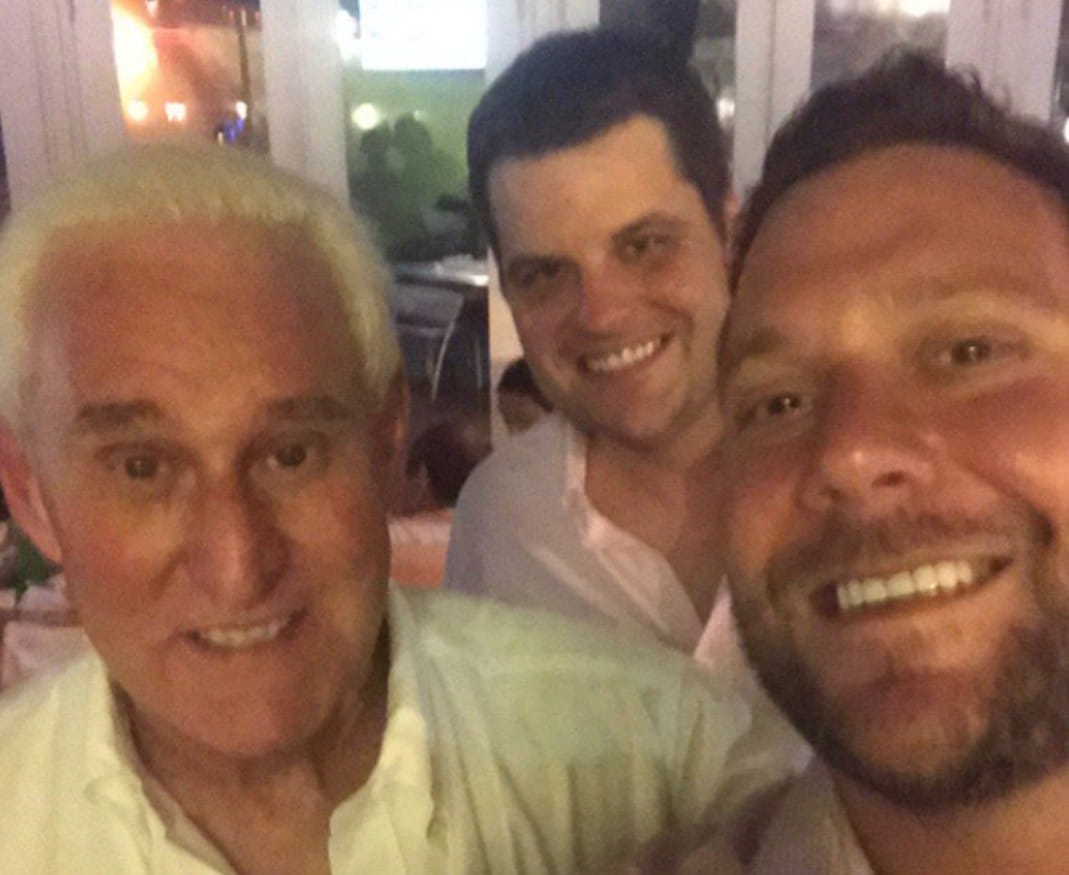 A confession letter written by Joel Greenberg in the final months of the Trump presidency claims that he and close associate Rep. Matt Gaetz paid for sex with multiple women—as well as a girl who was 17 at the time.

“On more than one occasion, this individual was involved in sexual activities with several of the other girls, the congressman from Florida’s 1st Congressional District and myself,” Greenberg wrote in reference to the 17-year-old.

The letter, which The Daily Beast recently obtained, was written after Greenberg asked Roger Stone to help him secure a pardon from then-President Donald Trump.

In late 2020, Greenberg was out of jail and in communication with Stone. A series of private messages between the two—also recently obtained by The Daily Beast—shows a number of exchanges between Greenberg and Stone conducted over the encrypted messaging app Signal, with communications set to disappear. However, Greenberg appears to have taken screenshots of a number of their conversations.

“If I get you $250k in Bitcoin would that help or is this not a financial matter,” Greenberg wrote to Stone.

“I understand all of this and have taken it into consideration,” Stone replied. “I will know more in the next 24 hours I cannot push too hard because of the nonsense surrounding pardons.”