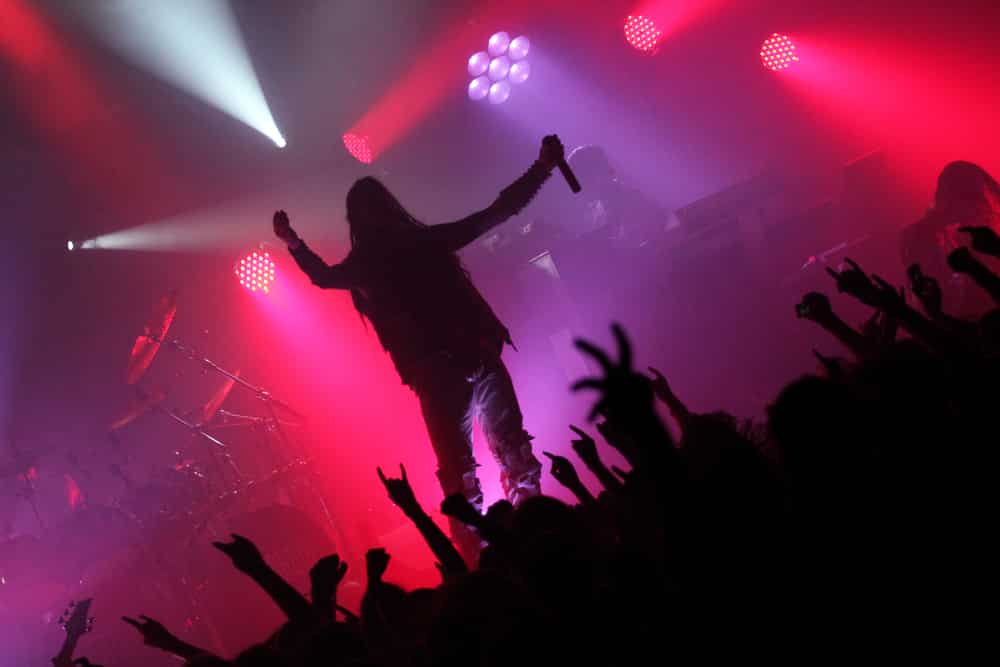 If photographers didn’t capture those unforgettable music moments on stage, we would hardly know they happened; we could scarce understand how music and its personalities impacted audiences. Here are a handful of iconic musicians with a brief discussion about their history-defining images.

There is an amazing photo portfolio of Jimi Hendrix, Noel Redding and Mitch Mitchell at one of their most epic performances:  The Waikiki Shell of Honolulu Hawaii in May 1969.  The set list featured songs like Foxy Lady, Fire and Voodoo Chile.

The pictures of Jimi on stage by Robert M. Knight during this performance are classics, complete with facial expressions, epic string manipulations and eccentric style.  The colors are loud, beautiful and bold, just like Jimi.

Of all music artists with the greatest character in front of a lens, Patti Smith is one of the most memorable.  When you look at any one of her photos, you can see why.  “The Godmother of Punk” is still releasing albums with photos full of impact and emotion.

But the photos of her from the 70s and 80s smack of her charm and magnetism matching her awe-inspiring sound.  Any photo of her draws you into another realm of existence.

If you’re a collector of rock photography, your curation isn’t complete without the legendary Frank Zappa.  His tall, dark and handsome Mediterranean figure makes black-and-white photos breathtaking and stunning.

When you listen to his music and see the photos from his shows or photo shoots, Frank stands out in a class all on his own with a rebellious, anti-government spirit.  Music or photos, he can be calm and smooth or rough and hardcore.

In the 70s and 80s, Stevie Nicks captivated fans with her magical vocals and enchanting beauty.  Her most notable photos, taken by Herbert Worthington and Richard E. Aaron, are some of the most iconic in the history of American music.

Her big brown eyes and whimsical yet strong appearance matches the fortitude delivered in her music and lyrics.  Each song tells a specific story and every photograph of Stevie encompasses their intentional mystery.

RHCP is famous for their shock-inducing photos.  But nothing highlights their capacity to push the envelope like when they headlined at Lollapalooza in 1991.  If you were around then, you experienced quite a treat with lineup that included stellar artists like Pearl Jam and Ice Cube.

Complete with flaming helmets and socks hanging off their nether regions, the entire band performed on stage totally naked.  These photos of Red Hot Chili Peppers defned the 90s and are an absolute must-have.

There are so many great rock photographs encapsulating moments that will never occur again.  Whether you were at the show or not, whether you were alive yet or not, these photos are a timestamp in history.  They display the style and creativity of the personalities who helped shape the world of music.