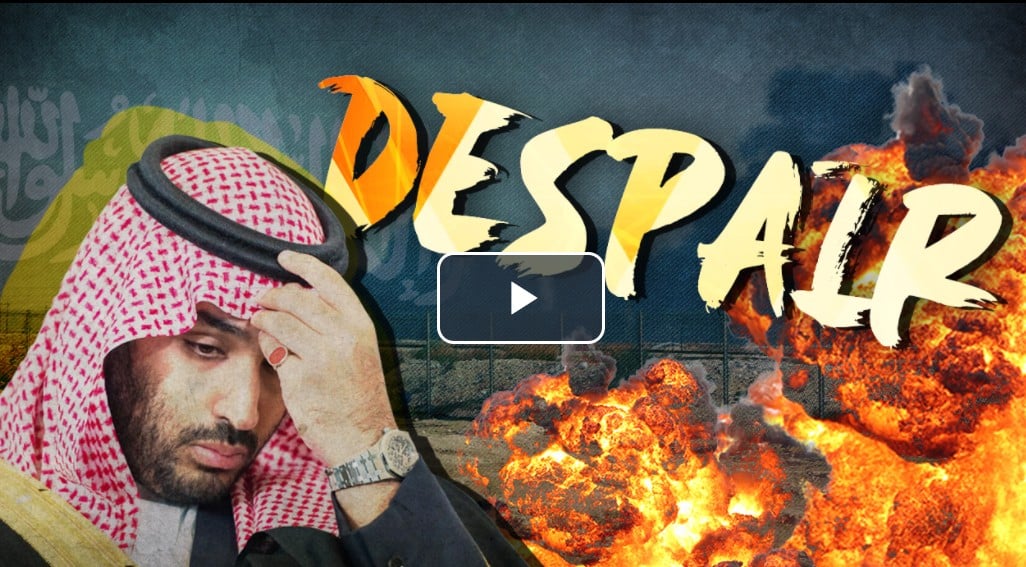 In his recent interview, the Crown Prince said that the Houthis (as Ansar Allah are known) have strong relations with Iran, but that they are still Arabs and Yemenis more than anything. He went on to promise financial rewards, peace, prosperity and normality.

All the Houthis need to do is agree to a ceasefire and to sit at the negotiating table.

This could potentially mean that the Kingdom is close to realizing that massive resources spent over the course of more than 6 years on weapons and mercenaries have achieved little.

This is likely the result of two developments.

Firstly, the United States has ceased its support for the Saudi-led forces in the war on Yemen and suspended some arms sales to the Kingdom earlier this year.

Secondly, the Houthis have carried out almost daily drone and rocket attacks on targets in Saudi Arabia, far from the contact line. They were further emboldened by Washington ending part of its support of Riyadh.

Various military positions, airports, as well as Aramco oil infrastructure have been targeted in succession. Most recently, on April 28th, Houthis attacked King Khalid Airbase with a Qasef 2K drone. The attack was reportedly a resounding success.

On April 27th , right before the Crown Prince’s interview, an explosive-laden boat was intercepted off the Red Sea port of Yanbu, which is the end point of the kingdom’s crucial East-West Pipeline. It is unclear who was behind the attack, since Riyadh usually immediately blames the Houthis if they were behind it.

Meanwhile, Marib stands as the last Saudi-led coalition stronghold in the relatively calm central part of Yemen, and if it falls, this would pave the way for even more Houthi operations on Saudi soil.

The Houthis also took control of the Talaat al-Hamra area near Marib, and even repelled a Saudi-led coalition attack.

The Houthis’ success is accompanied by calls from the UN and the collective West that a humanitarian disaster is looming.

The UN Special Envoy for Yemen, Martin Griffiths, carried out his duties on April 27th. They include occasionally appearing before the UN Security Council and providing a briefing that largely disregards Saudi Arabia’s frequent airstrikes on civilians and ceasefire breaches in al-Hudaydah, among other things.

Griffiths held a series of meetings with representatives of Yemeni civil society, women’s groups and political parties, during which he called on the Houthis to “prioritize the needs of the Yemeni people, stop fighting and engage seriously with the UN’s efforts.”

Essentially, he urged Ansar Allah to agree with Saudi Arabia’s humble request and offer for a bribe in return for a ceasefire. It is unlikely that this would result in anything noteworthy, especially while the Houthis are carrying out successful ground and aerial operations.