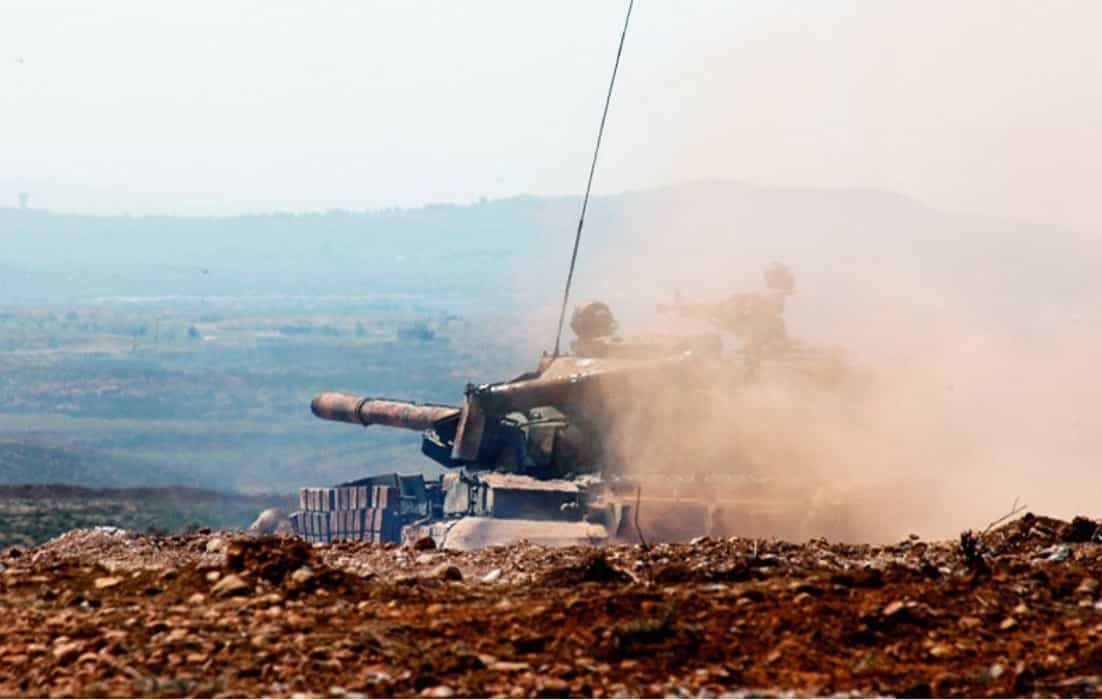 VT: The folks at the friendly local FBI tell us that SouthFront is a KGB op intended to destrory the US.  We’re just passing this on.

SouthFront: The Syrian Arab Army (SAA) is preparing to storm the town of Umm Batnah that is located in al-Quneitra countryside, near the separation of forces line with the Israeli-occupied Golan Heights, Syrian sources reported on May 1.

The decision to launch an operation inside the town was taken following a fierce attack on a checkpoint of government forces.

The checkpoint, which is located near Umm Batnah, was attacked by unidentified gunmen late on April 30. A number of Syrian service members were reportedly killed or injured as a result of the attack.

Following the attack, the SAA shelled the town from its positions in the nearby al-Sha‘ār hill. The army also laid a siege on the town. Civilians were allowed to leave on May 1 morning. According to local sources, efforts to avoid a costly military confrontation are underway. Elderlies from Umm Batnah are holding talks with Syrian officers, who want to expel all militants to opposition-held areas in northern Syria.

In the last few weeks, a series of attacks targeted service members and civilians in the al-Quneitra countryside. Most of the attacks took place near the separation of forces line.

The serious measures being taken in Umm Batnah indicates that the SAA is determined to put an end to the chaos in al-Qantara countryside.