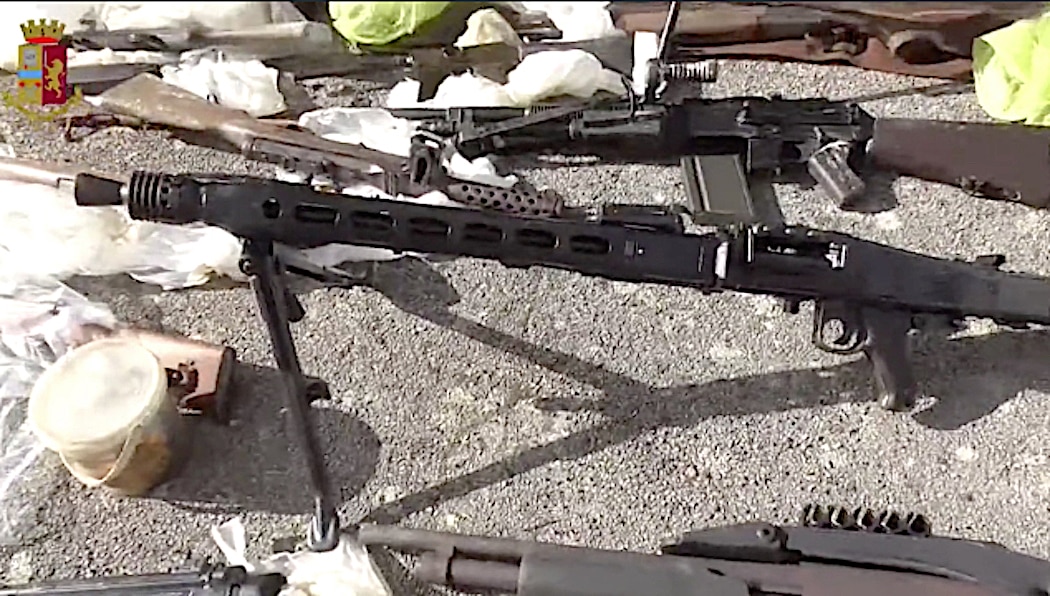 If in Italy there had not been the Gladio scandal, that is the operation of the Anglo-American secret services called Stay Behind which between the 70s and 90s led soldiers and law enforcement operators to hide weapons in secret places ready to be used against a possible Soviet invasion, the latest maxi-seizure of weapons by the State Police carried out in Italy and to be precise in the Puglia Region would not arouse disturbing suspicions. There is no evidence, at the moment, of subversive leads but such a rich collection of machine guns and anti-tank mines does not appear as the simple armory of a criminal gang.

What the policemen of Deputy Commissioner Filippo Portuguese, head of the Bari Flying Squad, found, cannot be considered a normal weapons storage site for organized crime. “There are no correlations with terrorist groups or with mafia-type associations” declares the same official of the State Police who is determined to understand the two dark sides of the story: the origin and destination of the weapons, hidden by a character that the investigators they feel well aware of the dangerous material hidden in the basement of the villa.

The arsenal “at a first evaluation could probably represent the most important arms seizure ever carried out in the country to date”. This was written by the Prosecutor of the Republic of Lecce, Leonardo Leone de Castris, in a note in which he addressed a “heartfelt applause” to the agents of the Bari Mobile Squad “for the great professionalism shown in the complex investigation”.

It took about three months of investigation, with the ritual stakeout and stalking, to locate the weapons den. A war arsenal, consisting of 65 assault machine guns (Uzi, Kalashnikov, M12, AR15), 33 rifles (including sniper rifles), 99 pistols, anti-tank mines, hand grenades, about 300 detonators and 10 silencers for pistole, was seized by the Bari Mobile Squad, at the disposal of the Dda of Lecce, in a farm in Andria, owned by a local agricultural entrepreneur, Antonio Tannoia, clean record, class ’66, who was arrested.

The suspicion of the investigators is that the man kept the weapons on behalf of third parties. Rifles, machine guns and ammunition were found inside a trap door, walled up in a kind of well and above, to conceal the hiding place, a refrigerator and a kitchen had been placed. Investigators arrived at the weapons depot starting from an investigation launched for other reasons. The owner of the farm declared himself a stranger but the investigators believe that he is not a simple “wooden head” unaware of the dangerous material piled up including British-made anti-tank mines, remnants of the Second World War, now very old but functioning, without only the detonators.

The weapons were found in a hiding place inside the farm during lengthy investigations that made use of wiretapping, telephone, stalking and photographic reconnaissance. Upon completion of the investigations, the agents of the Flying Squad, on the instructions of the Dda of Lecce, decided to intervene to seize the huge arsenal of war. Expert reports have been carried out on the weapons to trace their origin, destination and actual ownership.