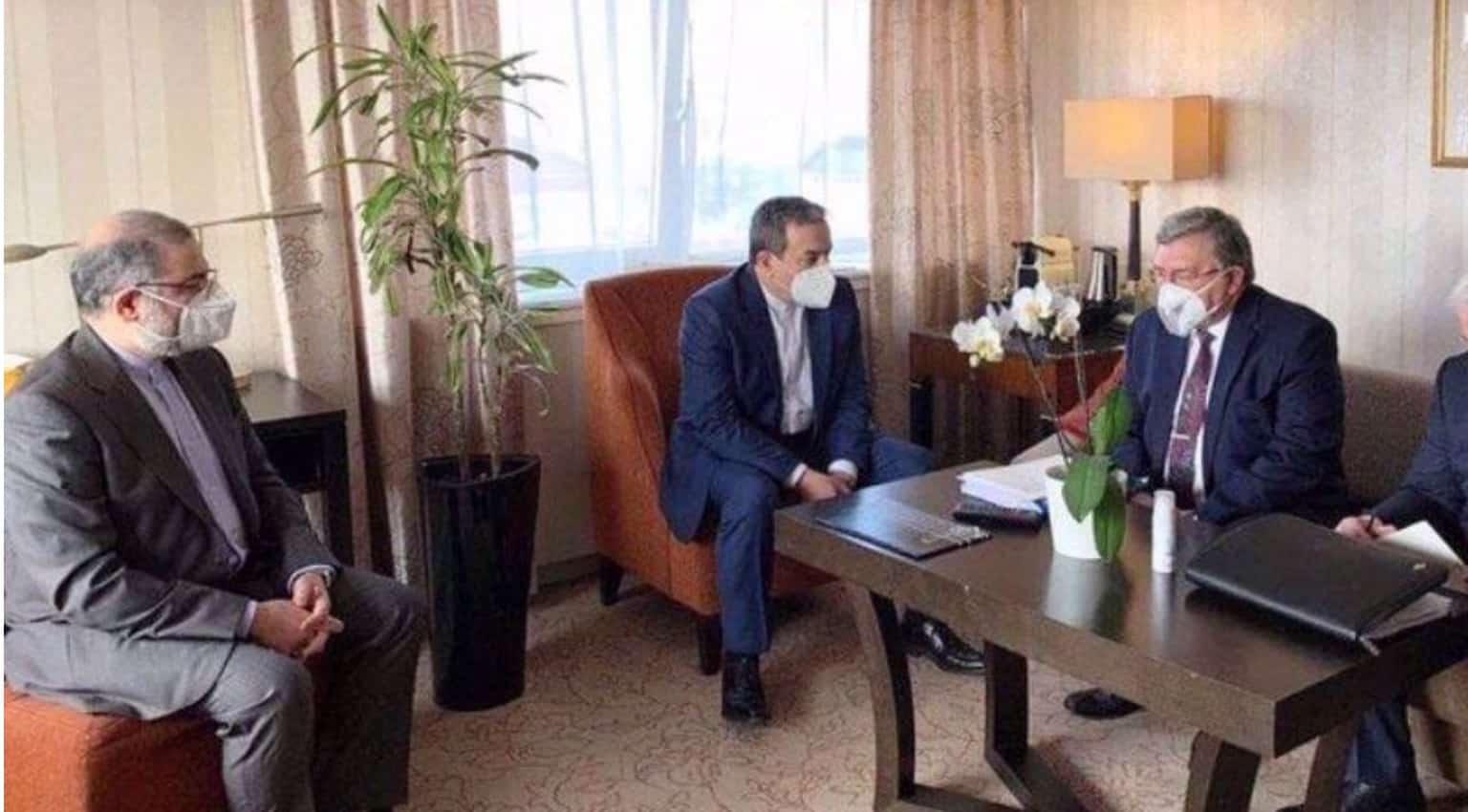 Press TV: The heads of the Iranian and Russian delegations to the Vienna talks have held talks ahead of a meeting of the Joint Commission of the JCPOA, commonly called the Iran nuclear deal, during which the participants are expected to review the interim results of the talks on the full restoration of the deal.

According to IRNA, a fairly detalied and long meeting was held on Saturday morning between Iran’s Deputy Foreign Minister Abbas Araqchi and Russia’s Permanent Representative to the International Organizations in Vienna Mikhail Ulyanov.

#JCPOA participants held today informal consultations with the #US delegation at the Vienna talks on full restoration of the nuclear deal (without #Iran who is still not ready to meet with US diplomats). pic.twitter.com/tTOIgO3KLY

During the meeting, the two sides coordinated their stances and underlined the need to keep their positions close to one another.

The Russian side also reiterated its stance on the necessity of reviving the JCPOA and removing the United States’ sanctions on Iran.

The meeting comes hours before the participants to the JCPOA gather for a meeting to review the results of expert discussions held within three working groups that were created to resuscitate the nuclear agreement.

The ongoing talks began in the Austrian capital in early April to provide a path for all JCPOA signatories – particularly the US – to return to full compliance with the deal.

Under former US President Donald Trump, Washington turned into the first party to officially abandon its commitments after it unilaterally withdrew from the deal in May 2018 and imposed the “toughest ever” sanctions on Iran thereafter, setting the current crisis in motion.

The US then pressed the other parties – France, Britain, Germany, Russia and China – to abide by its sanctions, threatening them with secondary sanctions if they did not.

For its part, Iran waited for an entire year before it began to reduce its nuclear commitments under the JCPOA, arguing that the move was its legal response to the US withdrawal under Articles 26 and 36 of the pact.

Ulyanov, in a series of tweets on Saturday, explained the latest developments surrounding the Vienna negotiations.

Iran “is still not ready to meet with US diplomats,” the Russian diplomat noted, while pointing out that a “useful exchange of views” took place at the meeting.

According to Ulyanov, the next official in-person meeting of the Joint Commission of the JCPOA at the level of political directors will take place in Vienna on Saturday afternoon.

“It is necessary to summarize the interim results of negotiations on the restoration of the nuclear deal,” he added.

Iran has insisted that it will resume full compliance with its nuclear obligations only after it can verify that all US sanctions imposed after the deal went into force in early 2016 have been removed.