Boris is in deep trouble, mired in sleaze allegations, centring on the refurbishment of his flat in Downing St. The Prime Minister keeps digging himself in deeper every time he opens his mouth. It’s not as big a mouth as Congresswoman Maxine Waters’, no offense intended, but it’s still pretty big. Ousted chief of staff (not his official title, but that was his job) Dominic Cummings has come back to haunt Boris. He lost a power struggle with Simon Case and Carrie Symonds, Boris’s with respective manipulative fiancée, both of whom are apparently desperate to take Britain back into the EU.

Someone is also fitting Boris up over the second lockdown. Multiple anonymous sources are saying he was willing to see bodies piled up high in their thousands rather than have another lockdown. It’s unlikely that he actually said it, though. Whilst he was opposed to the second lockdown, so far as I know Boris hasn’t even visited the National Institute of Allergy and Spreading Infectious Diseases (NIASID), let alone worked there.

If you’re not a regular reader, I’ve inserted the “Spreading” bit of course! NIAID, to give its proper initials, is run by the sinister Dr Death, sorry Fauci. Its function is to spread disease and kill people as horribly as possible, no offense intended. It’s the federal bureaucracy with gas masks.

The MSM don’t know the half of it. The scandal runs a lot deeper than the refurbishment of the small flat in Number 11 Downing St, the Prime Minister’s London residence.

The Cabinet Office, who want Rejoiner Sir Keir Starmer in Number 10, must be in a bit of a bind. They’ve got a hold over Boris, and have appointed a Cabinet Office groupie, no offense intended, to clear him in a whitewash.

They’d rather Chancellor Rishi Sunak as PM, of course, but must know that he would be wiped out in a Tory leadership contest against a serious right-winger like the nice Home Secretary, Priti Patel. If she were to go with her instincts on capital punishment, on which she has sensible views with respect, she would be in an even stronger position with the Tory membership. Some useful idiot is bound to commit a gruesome murder during the campaign.

Boris’s days are numbered, thankfully. The critical thing is that Simon Case is forced out with him. There’s no point getting rid of the monkey but leaving the organ-grinder in place, no offense to either Boris or Simon intended.

The tragedy at Mount Meron, where at least 45 ultra-orthodox Jews were killed in a stampede, may not have been accidental. It brings to mind the Hillsborough Disaster of 1989, where 96 football fans were crushed to death on the orders of GO2, as part of their campaign against the then Prime Minister, my old friend Margaret Thatcher.

Crowd behaviour is fairly predictable and it’s not too difficult to locate crush points. It’s not always guaranteed to work, but it can be done. Although the full truth about Hillsborough, in particular the involvement of German intelligence, has never come out, the cover-up has not been entirely successful.

In particular there was an independent inquiry, chaired by the Bishop of Liverpool. This was an innovation – no previous official inquiry in Britain had ever gotten close to the truth. Let’s hope that the inquiry ordered by Bibi Netanyahu follows the Hillsborough Independent Panel. I’m not aware of any successful official inquiry ever having been held in Israel.

Sadly the Cabinet Office have tightened things up since the HIP – anyone chairing an official inquiry now has to agree the outcome with them in advance. As a result of the HIP inquiry some prosecutions were brought. A minor player was even brought to justice, although not the GO2 officer who ordered the murders.

At least those attending the religious festival at Mount Meron have been spared newspaper articles blaming them. Liverpool football (soccer) supporters were blamed, grossly unfairly, for Hillsborough. The Sun’s coverage in particular was a disgrace, no offense intended. Even now it’s difficult to buy a copy of the paper in Liverpool.

If the deaths at Mount Meron were planned then it will have been the DVD, which has assets in the Israeli bureaucracy, as it has in most bureaucracies. It would be interesting to speculate as to motive. Mossad are in possession of that interesting dossier on the rigging of the US election. I wonder if Bibi was contemplating releasing it? 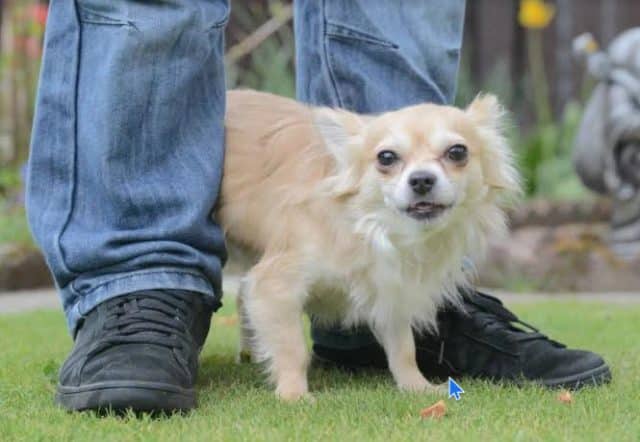 Poor little Buddy, a 13” high chihuahua, has been taken to the pound and faces being destroyed under the Dangerous Dogs Act, a lunatic piece of legislation pushed through when John Major was PM. 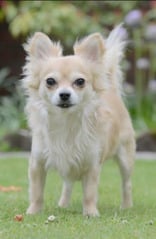 His offense was to nip (“bite” would be too strong a word) Avon lady Louise Elliff on the ankle. It’s not clear why Buddy nipped her, but she may have been a Remainer.

Buddy’s owner, Ash Routledge, has now been prosecuted. This is nonsense on stilts. Buddy must be saved.

If the public were given a choice in an opinion poll as to whether he should be destroyed or Max Hill QC, the DPP, Max might be at risk of being put down, no offense intended.

Long before the EU there was the Gunpowder Plot, intended to commit regicide against King James 1 when He was opening Parliament.

The Bad Guys (in this case the Jesuits) were worried about His plan for the Union of England and Scotland, which in the end was deferred for over 100 years. There is an historical echo in the current German plan to break up the Union.

The amount of gunpowder involved was staggering. Haynes puts it at about a ton. Even allowing for the weak powder of those days, that would still have created a big bang, big enough to blow up the whole Palace of Westminster, never mind poor old King James.

The plotters (not the ringleaders), let by Robert Catesby, who was very properly shot, were a bunch of Catholics upset by the King’s religious policies, although it was the King’s political policies which troubled the Jesuits more. As all y’all will know the Society of Jesus is the enforcement arm of the Vatican and isn’t actually a religious organisation, although it successfully uses religion as a cover.

Alan Haynes has produced a readable, balanced and detailed account, although he downplays the role of the Jesuits and the French, being a narrative rather than an intelligence historian. He doesn’t spare the gruesome details of the execution of the surviving plotters, including Guy Fawkes, who these days would be a Remainer.

They were very properly sentenced to being hung, drawn and quartered, although not necessarily in that order. Guy Fawkes, notoriously, tried to avoid being castrated and disembowelled whilst still alive by trying to get his neck broken when he was being hung. Traitors of course were only half-hanged, the idea being that they should still be alive whilst the rest of the sentence was carried out.

These days no doubt it would be said that being castrated and disembowelled would involve some unspecified breach of the condemned men’s human rights. In 1605 however, as Sir Edward Coke might have said (but didn’t) ‘they will be castrated and disembowelled and they will like it.’  As Haynes records, they didn’t in fact like it, silly religious nutters that they were.

It’s a good read and I recommend it. The juicy bits are towards the end.