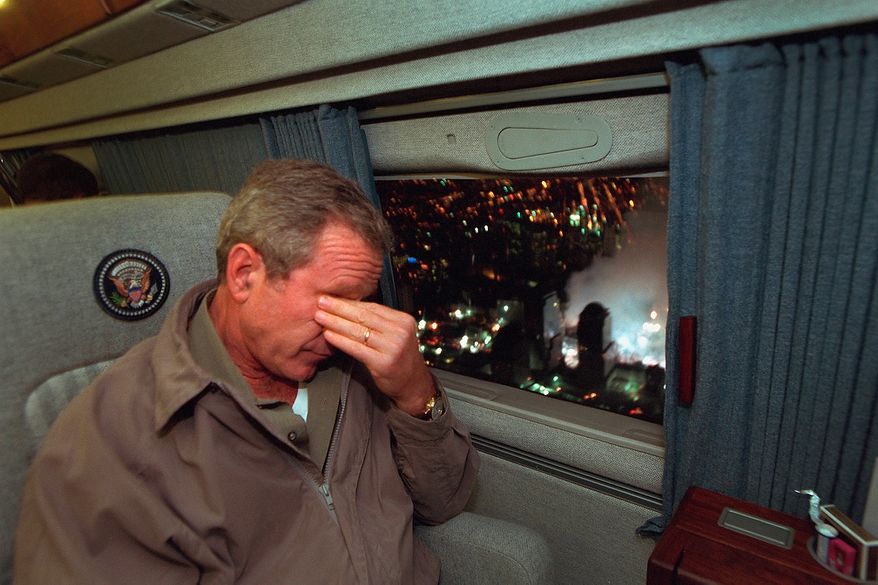 I honestly don’t know why former president George W. Bush isn’t in jail at this present time. He is the man who was used by the Neocons and the Israelis to create total chaos in the Middle East.

Now Bush thinks that he can still comment on political issues. He has recently declared that the if the Republican Party can distance itself from “white Anglo-Saxon Protestantism,” then it will rise again.

Seriously? Is that really what decent Americans have been struggling with over the past 200 years or so? Aren’t perpetual wars in the Middle East and the destruction of the middle class by technocrats, plutocrats, demagogues, and oligarchic institutions that are ravaging the country? Didn’t Bush himself lick the boots of the Neocons, who ended up destroying countries like Iraq?

Unless anyone forgets, let’s quickly go over some of the destruction that Bush heralded.  In 2010, the Iraq war logs revealed that there were at least 15,000 civilian deaths that were unrecorded.[1] It is a lot worse today. After the war, Americans had to introduce Israeli-style torture in places like Abu Ghraib, and forcing prisoners to have sex with one another and sodomizing teenagers was fair game.[2]

When it was over, 2.3 million Iraqis had been forced to flee their homes and towns; by 2008, another 2.7 million Iraqis were displaced, and nearly half a million civilians ended up losing their lives.[3] Thousands upon thousands of other people went missing by 2008.[4] This is out of a total Iraqi population of about 30 million people.[5]

When the war was over, sectarian violence and car bombings were rampant—almost every day.[6] The Iraq war itself shook the entire nation and created havoc even by 2006.[7] Factions of society that once coexisted were dismantled.

In a nutshell, Iraq was in decay. Buildings and farmlands were destroyed.[8] And the fringe benefits of the war? Between 300,000 and 360,000 veterans returned home with brain injuries,[9] some of which went untreated.[10]

In addition, the war has sent the American taxpayers a bill of $6 trillion,[14] combined with a debt ceiling keeps rising every six months or so.24 The US national debt had reached $16 trillion by the end of 2012.[15]

Torture was also routine in Afghanistan, where adolescents were beaten with hoses “and pipes and threats of sodomy.”[16] These acts were not done in the dark. Cambridge University published similar reports in a book that is more than 1200 pages long.[17] These acts were also testified to by psychiatrists such as Terry Kupers.[18]

Keep in mind that torturing prisoners of war, according to the Founding Fathers, was forbidden territory. As historian David Hackett Fischer has argued,

“In Congress and the army, American leaders resolved that the War of Independence would be conducted with a respect of human rights, even of the enemy. This idea grew stronger during the campaign of 1776-1777, not weaker as is commonly the case in war.”[19]

Contrast that to our day, when the Neo-Bolsheviks took over America, or when the twentieth century, to use Yuri Slezkine’s own term, has progressively become “Jewish.”[20]

A number of historians has rightly crowned George W. Bush as the worst president in the United States because he led America into the most disastrous event in the history of covert and diabolical operations: the war in Iraq. Jean Edward Smith, a biographer and the John Marshall Professor of Political Science at Marshall University, has written:

“Whether George W. Bush was the worst president in American history will be long debated, but his decision to invade Iraq is easily the worst foreign policy decision ever made by an American president.”[21]

Other military historians and scholars such as Andrew J. Bacevich have said similar things.[22] So, Bush needs to shut up. In a sane and rational world, people like him should be hanged.