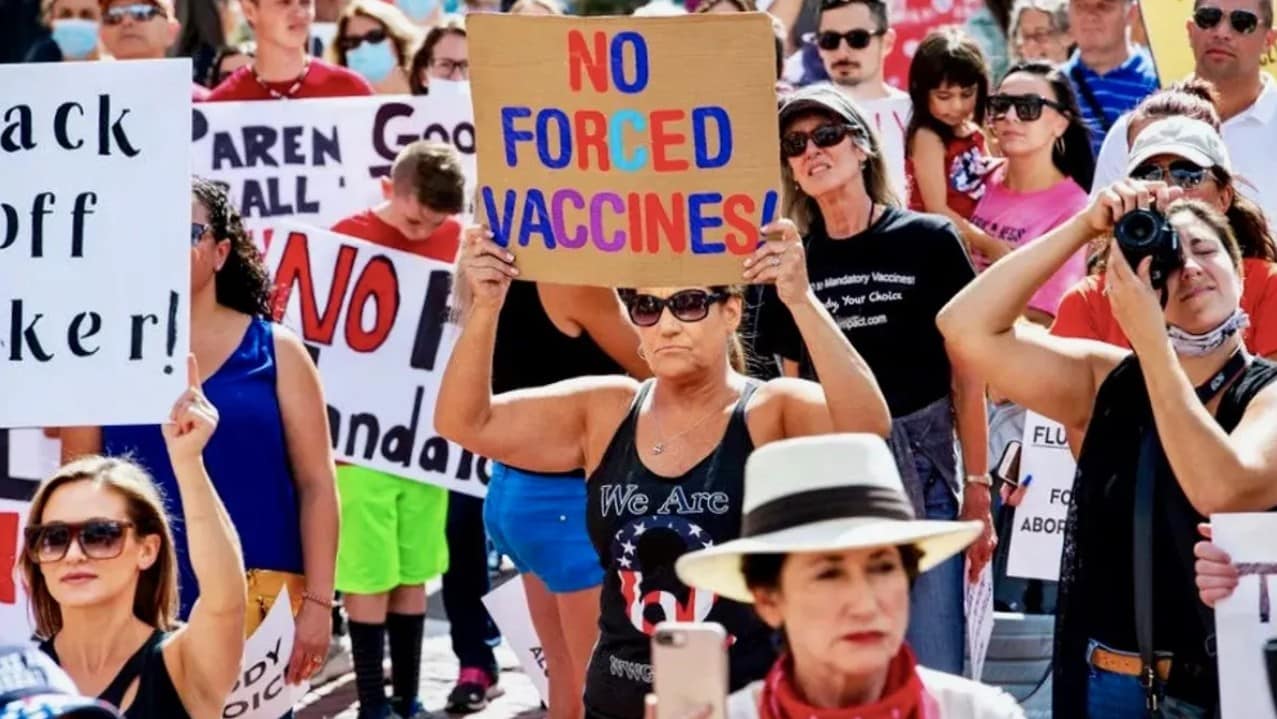 Would you buy a lottery ticket if the odds were 7800 to 1 in your favor?  Not if you are an anti-Vaxxer…

VT: Those of us who grew up in the 50’s know “lockdown.”  There were no movies, no swimming pools, no circuses, no state fairs.  We were in a decades old lockdown over polio and there was no vaccine in sight.

The terror?  Think of trying to scratch your ass while spending your short life in an iron lung?

Until a few short years ago, measles killed 300,000 a year and crippled over a million with heart disease, deafness or other complications.

Raw Story: The arrival of effective Covid vaccines has revealed a grave failure in American education. Tens of millions of Americans, the ones who say they will never get vaccinated because there’s no need or because they don’t trust the vaccines somehow made it through years of mandatory schooling without learning numbers.

That they failed grammar school ‘rithmetic is obvious if you ask two questions:

That’s 7,800 unvaccinated people dying for each one who was vaccinated.

And what of infectious cases? The latest Centers for Disease Control and Prevention count is 32,472,201 Americans infected of whom just 5,800 were vaccinated. Only 396 of those vaccinated yet sick required hospitalization.

No vaccine is totally effective, especially not at first. When I was a boy in the 1950s about 160,000 people a year, mostly children, contracted polio. More than a thousand died each year. Then we got the polio vaccines. First came the dead virus Salk vaccine in 1955 and then in 1961 the much more effective Sabin vaccine which used a weakened but living poliovirus.

Back then some polio cases were associated with vaccination mostly because one manufacturer had poor quality controls. That’s an argument for rigorous regulation and inspection backed up by severe punishments like prison time for owners and managers who play cheapskates on safety. It’s not an argument for avoiding vaccines.

The polio vaccines worked although the United States approved the Sabin vaccine only after the Soviet Union allowed it to be administered to children in then Communist Russia.

Parents today have no idea about the universal pre-1955 fear among parents that their babies would end up in iron lungs or worse. The last time a new polio case originated in America was 1979.  read more