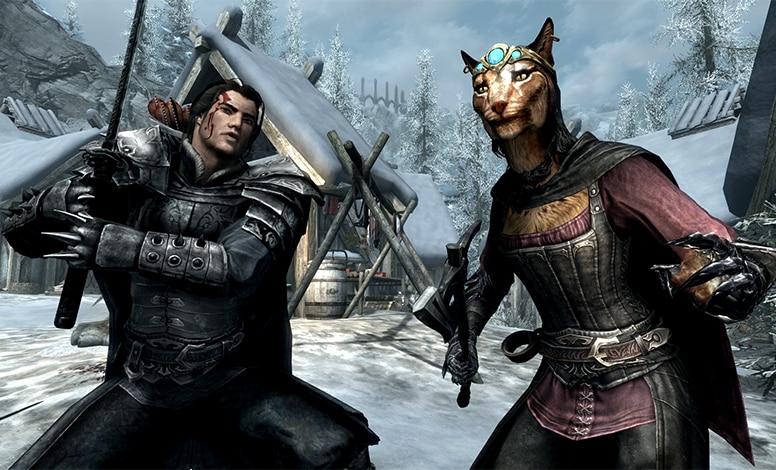 Contrary to what some people believe, being elderly and retired is one of the most beautiful things in life. It means that you’ve done your duties well to the state, and we want to manifest our sincere regards if you’re among them! That’s why we’ve made a list of seven great games that you can have a lot of fun playing.

Role-playing, military, and shooter games are not for everyone, and let’s face it: in most cases, they don’t require a high level of strategy and analytical thinking. But thanks to games such as does mentioned in our list, things change a lot:

A game of chess represents the conflict between two armies, and each of the two players controls an entire army. Chess is known as one of the most beautiful mind games ever made, and there are tons of digital adaptations for it available online. You can use a wide set of strategies to defeat your opponent, while the main goal is to capture his king.

You can play Solitaire anytime you need to get time flowing faster, as you’ll immediately get caught in the game’s beauty! We’re talking about one of the most addictive card games ever made, and it’s played by a single person at once. There’s no wonder why some people consider it a game for narcissists. Klondike Solitaire, Spider, FreeCell are among the most played games. There are many solitaire games to play and once you start its hard to stop.

Backgammon is another game that’s played between two players at once, and each of them has fifteen checkers to move between twenty-four triangles and according to how the dice rolls. The goal of the game is to be the first who bears off and moves all the fifteen checkers off the board.

In Rummikub, your job is to arrange the tiles for creating the smartest number and colour combinations. You’ll have to be the first who places all tiles in the right way by using a lot of tactical thinking and even luck. There’s no wonder why Rummikub is one of the most successful games in the last 70 years!

In Qwirkle, you have to mix and match tiles of different shapes and colours as you score points by completing lines of the same colours or shapes. Qwirkle has some characteristics that make the game similar to Rummikub and Scrabble.

Back in 2011, Qwirkle won the Spiel des Jahres, which is widely considered the most prestigious award in the industry of board and card games.

World of Warcraft (WoW) is a massively multiplayer online role-playing game (MMORPG) that unfolds a world of fantastic creatures. WoW encourages players to complete quests together, engage in PvP (player versus player) combats, and explore dungeons. If you’re more like the lonely type of person, you can choose the single-player mode of the game.

The Elder Scrolls V: Skyrim is a single-player role-playing game where the main story sees the Dragonborn, the character that has to be controlled by the player, as he tries to defeat Alduin the World-Eater, a dragon who wants to destroy the whole world. As the player advances through the game, he can complete quests and improve his skills.

Playing games with your friends doesn’t necessarily have to become boring over time. There are so many games out there that you can enjoy while you’re at a venerable age, and bringing your friends along will surely create an even more exciting atmosphere. Pretty much everyone can play the games mentioned in this article, but it takes a good level of intelligence to master them all. Playing puzzle games as often as possible has proven by experts to be a great way of maintaining an active and fresh mind over the years.