The UN have really blown it this time! No doubt concerned that CO2 propaganda is failing the UN Environment Program, a well-known collection of crackpots, no offense intended, have now decided to obsess on methane. Alighting, typically, on anthropogenic emissions at the expense of natural sources, they have highlighted bovine emissions, in other words they’re worried about cow farts. No doubt some of these hysterics are genuine, in the sense that they have limited capacity for rational thought, but there’s more to the global warming nonsense than scientific illiteracy.

You’ve guessed it – they want us all to eat less beef, presumably by going to McDonald’s, and drink less milk. This is on top of using our cars less, because they emit CO2, indeed governments who have fallen for the scam, including Boris Johnson’s, have pledged to phase out the sale of gasoline-powered cars altogether, in favor of electric.

Nobody at UNEP is explaining how humans could have caused atmospheric methane levels to rise to present-day levels 800,000 years ago. As all y’all will know there wasn’t a lot of farming 800 millennia ago. The roads were even rougher than they are today, for one thing, making it difficult for farmers to get their cattle to market. The lack of means of monetary exchange and the absence of markets were other drawbacks of course.

In a classic case of confusing cause and effect, this idiot concluded that because CO2 emissions and temperatures were going up, the former must be causing the latter. He also linked the rise in CO2 emissions to industrial activity, presumably because that was also increasing. 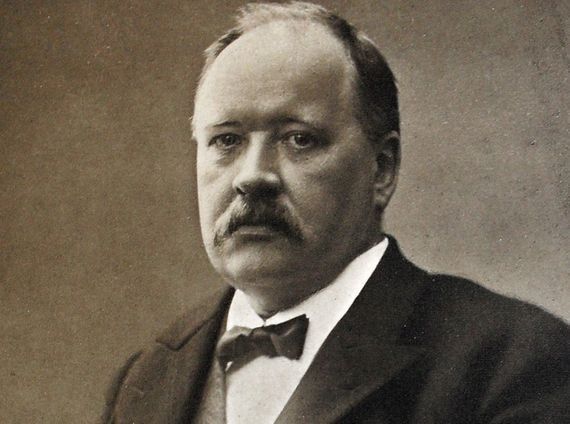 The Warm Period was nothing to do with burning fossil fuels or Crusaders clearing off to the Holy Land in large SUVs. The internal combustion engine only came along in the 19th century, 1860 to be precise, although the first ones weren’t very good.

The scientific adviser to German intelligence, a chap called Albert Einstein, who was fairly bright, bought into the theory. Unlike Arrhenius he was a genius, albeit a deeply flawed one, with a silly hairdo. He advised our community partners the Wehrmacht that Russia was no longer protected by General Winter, in other words ice and snow. (The Russians didn’t actually have a general named ‘Winter’).

As CO2 levels continued to rise throughout the 1930s Jerry concluded that he could invade the Soviet Union and leave his winter woollies behind. The result was bits dropping off our community partners outside Moscow in December 1941, with temperatures dropping to as low as minus 40F. That’s almost as cold as Minnesota.

You can imagine the conversations with OKH – ‘I thought you said ve haf global warming’ ‘Jawohl, that’s vat ze Abwehr said’ ‘So vie has my villie just dropped off?’

Since the Chinese Communist Party is an emanation of German Intelligence (Mao was an Abwehr asset), if Jerry were really worried about global warming he would be reigning in the ChiComs. They are chucking out more CO2 than the rest of the developed world put together and building coal-fired power stations by the dozen.

Peking has no intention of reducing their CO2 emissions of course. They know perfectly well that man-made global warming is a con. Human emissions of CO2 are only about 3.3% of total emissions and CO2 itself is only a minor greenhouse gas, like methane.

Of course China believes in global warming officially – it’s a great stick with which to beat the West. They want to slow our economies down and take our jobs. In the meantime Annabelle, Clarabelle, Mirabelle and all the other cows can happily continue to munch away and fart to their heart’s content.

The Frenchies and the TCA

The Frenchies have been misbehaving again. Upset at the loss of fishing rights due to Brexit French fishing boats have been invading Jersey waters, backed by a French patrol boat. The Royal Navy promptly sent two 2,000 ton offshore patrol vessels, HMS Severn and HMS Tamar to Jersey, which calmed the situation. Sadly they didn’t get to use their 30 mil cannon, just the ticket for strafing impertinent Frenchies.

The country of course wants dead Frenchies. No community partners at all have been killed since Brexit, which has come as a great disappointment. Not the least advantage of strafing a few community partners of course would be to make life more difficult for the Cabinet Office and the remainder of the Rejoiners.

Combat with the French or Spanish navies over fishing rights is an obvious possibility. The Defence Intelligence Staff are clearly aware that the Trade and Cooperation Agreement – the one where Boris sold our fishermen down the river –  was secured by what we public international lawyers call a bung. (Stop me if I’m getting too technical). Under Article 50 of Vienna Convention the TCA is voidable, at which point the UK would assume full control over her waters. Hence the ramping up of our defense posture.

The local and regional elections

Thursday saw Labour get hammered in the local and regional elections held in the UK. They even managed to lose Hartlepool in a by-election! Since the seat was created in 1974 it has only ever returned Labour MPs, including the oleaginous Peter Mandelson, no offense intended.

This is extraordinary. It’s the British equivalent of the Republicans winning in Massachusetts or the Democrats in Arizona. (I know that they were awarded Arizona’s electoral college votes but they didn’t actually win!) Crazily, Labour chose a Remainer candidate, about as sensible as selecting an ax-murderer, no offense intended.

Labour leader Sir Keir ‘von’ Starmer, the half-crazed former Director of Public Prosecutions, if that is not a tautology, no offense intended, is in deep trouble. A Rejoiner, there is no way that he can win back the so-called Red Wall seats. Labour might even split, again. (They last split, over Europe, in 1981.) The huge defeat in Hartlepool may prove to be a pivotal moment in British politics.

The neo-fascist SNP in Scotland are unlikely to win a majority in the silly Scottish Parliament, which needs abolishing. It’s going to be difficult for Nicola Sturgeon to claim a mandate for a second ‘independence’ referendum, even with Green support.

The SNP don’t want an independent Scotland of course  – they want to take Scotland into the EU and trigger a general Anglo-European war, which would be the inevitable consequence of an SNP government agreeing to the basing of French and German military forces in Scotland. Like the EU, the SNP sees the Scots as cannon-fodder.

In the meantime the Scottish Executive continues to hide the truth over the murder by German intelligence (GO2) of 167 men aboard the Piper Alpha oil rig in July 1988. Edinburgh is well aware that distinguished consulting engineers Arthur D Little concluded in 1989 that the rig was sabotaged. They even have a copy of the report, as does the Cabinet Office.

Piper Alpha isn’t the only German mass-murder being covered up in Scotland, of course. In a with respect supine and barely believable decision Scottish appeal judges recently upheld the wrongful conviction of Libyan intelligence officer Abdelbaset al-Megrahi over the Lockerbie bombing. Al-Megrahi had nothing to do with it and was simply a patsy. As the FBI and Department of Justice are well aware, the bombing was done by the PFLP-GC, working with the Iranians, at German (DVD) request. The prosecution case was a joke and the original trial a complete farce, no offense intended.

Well spotted the reader who kindly pointed out that the backdrop to last week’s photo of Guy Fawkes showed the 19th century Palace of Westminster! That’s the sort of anachronism I would expect from Hollywood.

Maybe I should have explained that castration and disembowelling are not actually part of modern British sentencing practice. Indeed there isn’t even an entry for either in Thomas On Sentencing. You’d be a pretty upset defense counsel if your client had just been sentenced to be disembowelled by the Merthyr Tydfil Justices, although I wouldn’t put it past them. (Your client would be even more upset, of course.)

Apart from anything else you would need a doctor and the General Medical Council has valuable guidance on doctors disembowelling patients whilst still alive, without anasthetic, even on the NHS. The remedies are still available of course but only under a Bill of Attainder.

Regarding the Case case I am not suggesting that the Cabinet Secretary should be castrated and disembowelled before being executed, indeed there may not even be a case for executing him, even though he is a Cabinet Secretary. It would be condign punishment, and would have a valuable deterrent effect, but there are arguments against. It would be a bit messy, for one thing, and you’d still need a doctor. Disembowelling is not quite as simple as it sounds. However, it is a matter entirely for Parliament.