Home Government Is Sean Hannity tasting his own anti-Semitism medicine? 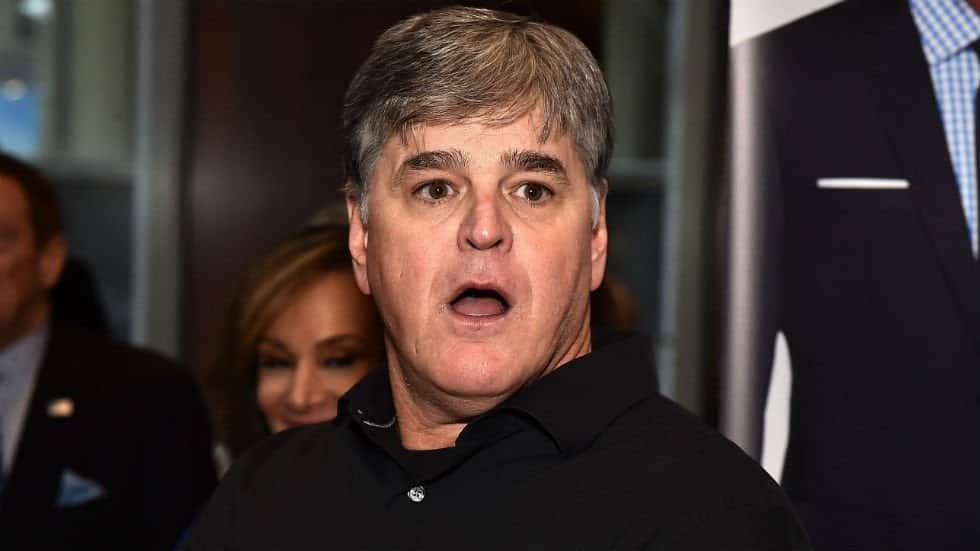 As Jim W. Dean would put it, you simply cannot make this stuff up. The Jerusalem Post has recently accused Sean Hannity of being an anti-Semite. Why? Because he tweeted statement using the phrase “Bolshevik Bernie,” referring to Vermont Senator Bernie Sanders. The Post declares that this was “an age-old antisemitic trope.”[1]

The Post added: “Sanders, who is Jewish, identifies politically as a democratic socialist. Hannity’s tweet, however, compares him to the Bolsheviks, who stood for a Marxist-Leninist ideology.”[2]

The Post declared that “People were quick to conflate Hannity’s tweet with antisemitism,” but the writer of the article never looked into the mirror and tell his audience that it was the Jerusalem post which actually accused Hannity of being an anti-Semite.[3]

In any event, Hannity had to release one statement after another pledging his allegiance to the tribe. He said:

“There is no member of the press in the United States that has been more supportive of the state of Israel than I have been and will continue to be.  I have visited Israel a number of times over the years. Ambassador Dore Gold (a friend) gave me an extensive tour of the old city that I was able to share with my TV Audience. I even had the honor of a second tour with Ambassador Ron Dermer.

“On another trip to Israel I videotaped a helicopter ride from Tel Aviv to Jerusalem so Americans can fully understand the unique security challenges Israel faces daily, being only the size of the state of New Jersey. Israel’s security challenges are unlike any other country.

“I’ve reported on the border with Gaza in the middle of military flare ups, and spent time inside indoor bunker protected playgrounds that Israeli children play in because of Rockets being fired into border towns in Israel. Again I’ve shared all of this video with my television audience.

“I’ve been able to share with my American audience the incredible protection provided by the Iron Dome. I was also able to share with my American TV audience video of rockets recovered that were fired into Israeli cities over the years. I was also honored to visit with police departments on the security challenges of border cities. I’ve visited with and interviewed IDF soldiers in the field on the heroic work they do daily.

“I believe I am the only American member of the press to show video of the sophisticated tunnels built by enemies of Israel that have been used to commit acts of terrorism against the state of Israel. On multiple trips to Israel I always do my radio show live from Tel Aviv 102 FM. And I have broadcast “Israel only” shows on the station on a number of occasions from the US. And no, I do not get paid for such broadcasts.

“As for Bernie Sanders, he holds the most radical socialist views in the USA. He actually honeymooned in the former Soviet Union, and has defended Soviet backed murdering regimes like the former Soviet Union, Cuba and Nicaragua. Hence the reason I refer to him and will continue to refer to him as ‘Bolshevik Bernie.’ A rudimentary amount of research by the Jerusalem Post would have provided the proper context to my name for Bernie Sanders.

“My love, prayers and strong commitment to the state of Israel will never waver. As a top rated host on both radio and television in America my support for Israel has never wavered in 33 years on the radio and 25 years and that will never change.”

There is no doubt that Hannity has been licking the boots of the Zionist mafia since the beginning of time. In fact, they have paid him millions of dollars at Fox News over the years to do exactly that. Hannity even declares in his book Deliver Us From Evil that Saddam

“Saddam’s regime was intent on building an arsenal of WMDs. The Iraqi regime was unimaginably evil, as the evidence has now proven beyond any doubt. We know that he ordered the mass ex- termination of Shi’ite Muslims, Kurds, and other political enemies on an unthinkable scale.

“We have found botulinum toxins, mobile weapons labs, and more than a hundred general munitions storage facilities in his country. We know that he supported terrorism against Israel, among other nations; that he was capable of using weapons of mass destruction against America; that he had used weapons of mass destruction against the Iranians and Kurds. And we have seen tapes of his medieval torture chambers, of rooms where unknown hundreds of citizens were raped, of mass graves filled with murdered Iraqi citizens

This is an entire tissue of lies, concocted by Hannity and his bosses at Fox News. There is not a single evidence showing that Saddam was going to build WMDs. It has been widely confirmed by the US intelligence. Read Vincent Buglioci’s book, The Prosecution of George W. Bush for Murder. Scholarly accounts on these issues are widely available.

So, is Sean Hannity tasting his own anti-Semitism medicine? The answer is yes, and that’s a good thing.