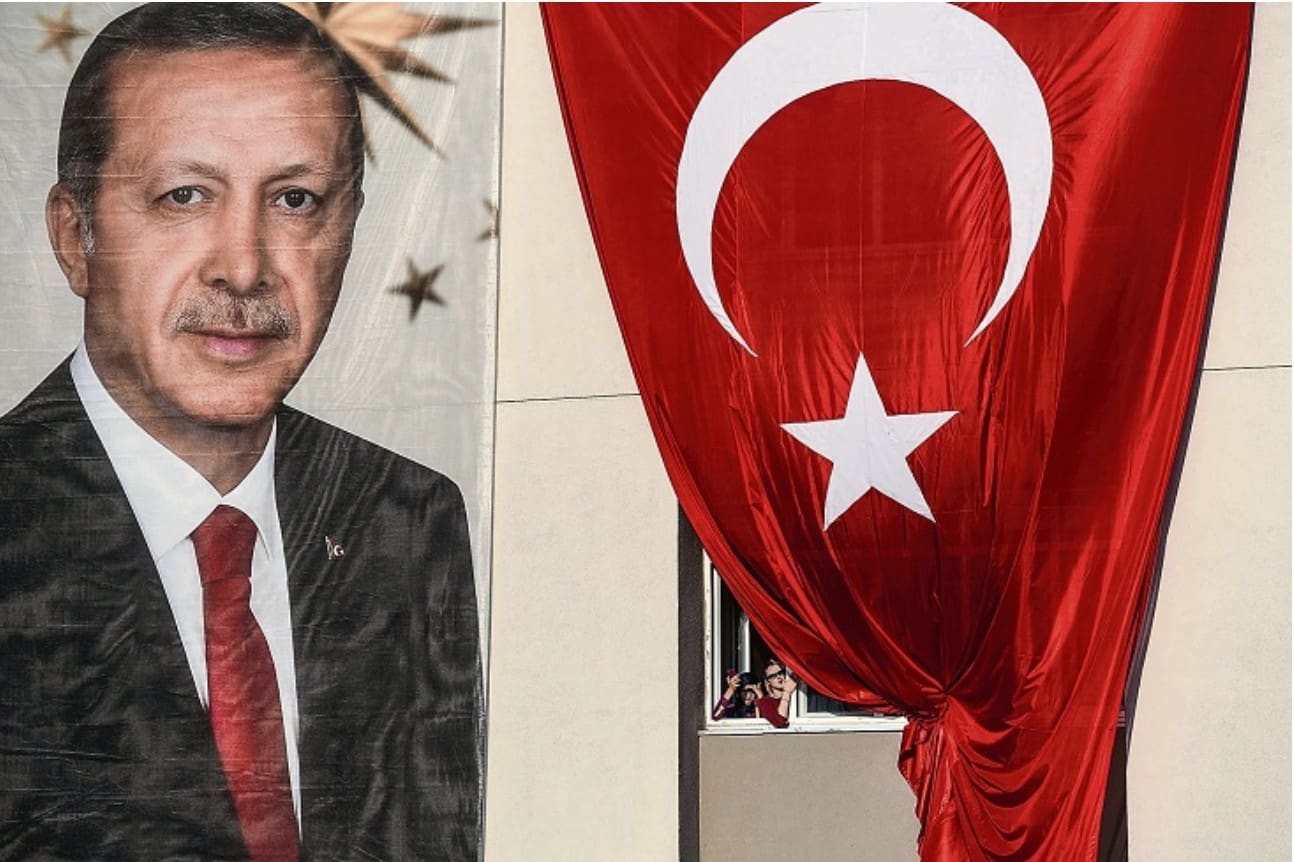 By Henry Kamens for VT and New Eastern Outlook

With Turkey in tatters, Joe Biden has added insult to injury with the Armenian Genocide recognition, a campaign promise he has now kept. A few weeks ago, Turkey’s currency lost 17% in one day, and COVID is at its highest peak there. It goes without saying that the Turkish leadership is facing disaster, both domestically and internationally.

Erdogan is seeing the reputation of him and his party take hits few Turkey-watchers would have thought possible a few months ago, however much they hoped for them. His firing of another central bank president, after just four months on the job, was seen by many as the last straw, which only recognition of the Armenian Genocide could top. If Biden wants Erdogan out, he has chosen just the right knife to twist in just the right place.

As always Erdogan will try to retaliate against all those who are against him. But that list is growing longer, even among his once-staunchest supporters. Once the king of dirty tricks could always go lower than his enemies, knowing they wouldn’t play their cards, but he can’t any more.

Biden has done something others who had gone before him had feared to do in recognising the 1915 Armenian Genocide. In spite of many promises made otherwise, at least while they were campaigning for public office, previous incumbents ran away for the sake of a “strategic partnership” which has long caused wonder in those who can see all the influence gains the US has progressively made, which render this increasingly unnecessary.

If Biden can bite the bullet, Erdogan will have to take it. If he can’t threaten his way out over this issue, he won’t be able to on any other. Charm offensives won’t work, and he no longer has the means to conquer by investment. It might even make Armenians feel better about recent events in Karabakh, as they have longer memories than most, and like to be reminded of this.

When other countries have recognised the genocide in some way, or the US Congress or some committee adopted a resolution about it, Ankara has responded with sharp rhetoric, maybe recalling the ambassador for a little bit, and then business as usual. Nevertheless, this tactic has worked, despite Turkey’s far greater vulnerability than most countries due to its history of military takeovers and bad relations with Europe for being too Asian, and Asia for being too European.

Few were happy when Turkey increased its economic power, prestige and influence under Erdogan, but they couldn’t argue with these factors. He was too big to upset without him doing what they all secretly accused him of, trying to destroy European values by promoting terrorism and mass immigration. If Turkey is different, and getting its own way, this must be what it is up to, in the minds of those who don’t like it.

Ankara had advance warning of what Biden was intending to do. Until a few days ago some private deal would have prevented the use of the term “genocide” in Biden’s formulation, if the whole thing couldn’t have been prevented. The statement does not refer to “the Armenian Genocide” but to the Armenian experience of genocide, without specifying what that is, but there is only one way it will be read, and such a reading could have been avoided had Washington wanted this.

Any reminder of historic Turkish aggression is very timely due to the increasingly extreme measures Erdogan is resorting to at home. Disturbed by increasing challenges to his authority, he signs laws against any sort of protest every Friday night.

Turkey has joined the same civil rights league as Saudi Arabia, a pariah state and not a trustworthy member of NATO, should Article 5 ever be invoked. Turkey wanted someone to get tough, but now he’s done that, what’s left? There is no jam tomorrow, and all Erdogan has got away with for so long has left Turkey’s strategic partners, as well as its domestic public, wanting to do what they can to get the jam.

I have suggested previously that if the US recognises the genocide NATO may die, as without Turkey there is no NATO, and without NATO no tool to threaten the Russian Federation. Turkey has the largest standing army in NATO, and other countries will most likely not fight for smaller NATO countries, or the many new and aspiring NATO members, if push came to shove, as Georgia’s experience in 2008 showed.

There is likely to be a range of consequences, and serous ones. Maybe with conflict in Afghanistan and the Middle East winding down and Iran negotiations proceeding, the US and various NATO partner countries feel better placed to counter any Turkish reaction. As Turkey has made a point of getting involved in the same conflicts as the US, they can now go both ways – withdraw from the ones they can, and redeploy troops to stretch Turkey to breaking point in Syria, Yemen and many other places.

Turkey doesn’t know whether it is coming or going. However much it attacks the West, it is desperate to be part of it. But it does the same with every other country: The Turkish foreign ministry’s website posted releases celebrating the centenary of the Treaty of Moscow and the relationship with Russia one day, and then condemned Russia’s alleged annexation of Crimea on that anniversary, the next day.

This is now going to spread, and may be the most serious consequence of the Genocide recognition. As one former non-NATO country diplomat to Italy wrote to me today, as this was going to press:

“Do you remember when all the Turkish NATO generals asked for asylum in Brussels? Many of them died in prisons, with NATO doing nothing. Now there is full dictatorship in Turkey. It is very good that the Italian prime minister called him a dictator several weeks ago, but now my government doesn’t know what to do, as it usually does what Turkey wants, but is now afraid the US might tell it to take another position”.

When Turkey finds every door shut because no one can trust it, behaving a friend one minute and an enemy the next, it will revert to type and strike out on its own. It will pretend it doesn’t need friends, that its partners were holding it back, and that it can recreate the Ottoman Empire at the drop of a hat.

All the recent talk about Russia “wanting to start a war in Ukraine” is inspired by this. What is Turkey proposing to do about it? NATO won’t intervene, so Turkey will pretend to be the last bastion of decency, doing the right thing on its own, with no friends.

With a government of a different complexion, Turkey might once have got away with this. But nothing has changed since the day civilian politicians like Ecevit and Demirel would never dare shake hands in public. The more Turkey pretends to be unilateral the more the rest of the world is reminded of its past, and sees Turkey as a country which can’t be an enemy, but can be eradicated.

You can’t just wipe Turkey off the map. You can always threaten its governments though, because military dictatorship would make Turkey unacceptable internationally but do it a lot of good at home.

The military may not have the right to remove civilian politicians, but it has done it four times since 1971 and made way when it has cleaned the stables. Turkey’s experience of military rule is very different from that of Greece during the regime of The Colonels, and any difference from Greece is highly prized in Turkey – “we did military rule better than you, we have the right to conquer”.

Erdogan is the first Turkish leader to seriously question the legacy of Ataturk. Modern Turkey was founded as a secular republic, whilst there was considerable debate whether Islam permitted such a thing. The old Ottoman Empire had gained all its victories by professing the fundamental superiority of Islam, and could only exist as a theocratic state which expanded ever further.

Much reduced by independence movements and the First World War, the Turkish state could no longer survive if the link between Islam and victory was broken. Only a secular state, with a leader chosen by the people rather than anointed by Allah, could protect the Turks, only one of its constituent peoples, in the postwar world.

Erdogan has reintroduced the theocratic element and sought to make Islam a defining positive feature of his state. With Islamism seen as an antidote to the West, and Turkey being in both camps, this is a reasonable position. But like before, it only works if Islam is winning.

Ultimately the US will get the kind of Turkey it wants. Recognising the Armenian Genocide sends a strong signal that the Biden Administration is more interested in a Turkey which plays by US rules than one which is able to hold the US to ransom to gratify domestic audiences.

Erdogan does not want to go down in history as the ruler who accepted that his countrymen committed genocide. Modern Turkey is not supposed to be like the Ottoman Empire, or a continuation of it. It could have just said, like Russia does vis-a-vis the Soviet Union, that this was a different state, so its behaviour is not the responsibility of the current one.

An aggressive response will prove the US right. A conciliatory one will prove his domestic critics right. No wonder Turkey is pointing all ways at once, and getting nowhere.

Recognition of the Genocide makes Turkey not just an abuser but untrustworthy, given its rewriting of history. Everyone who chose to be deceived or complicit is now on the wrong side of global politics. Remaking Turkey won’t be easy, but that is the only way out now. Futures will be defined by how much each person goes along with it, without the US having to soil its hands too much in the process.