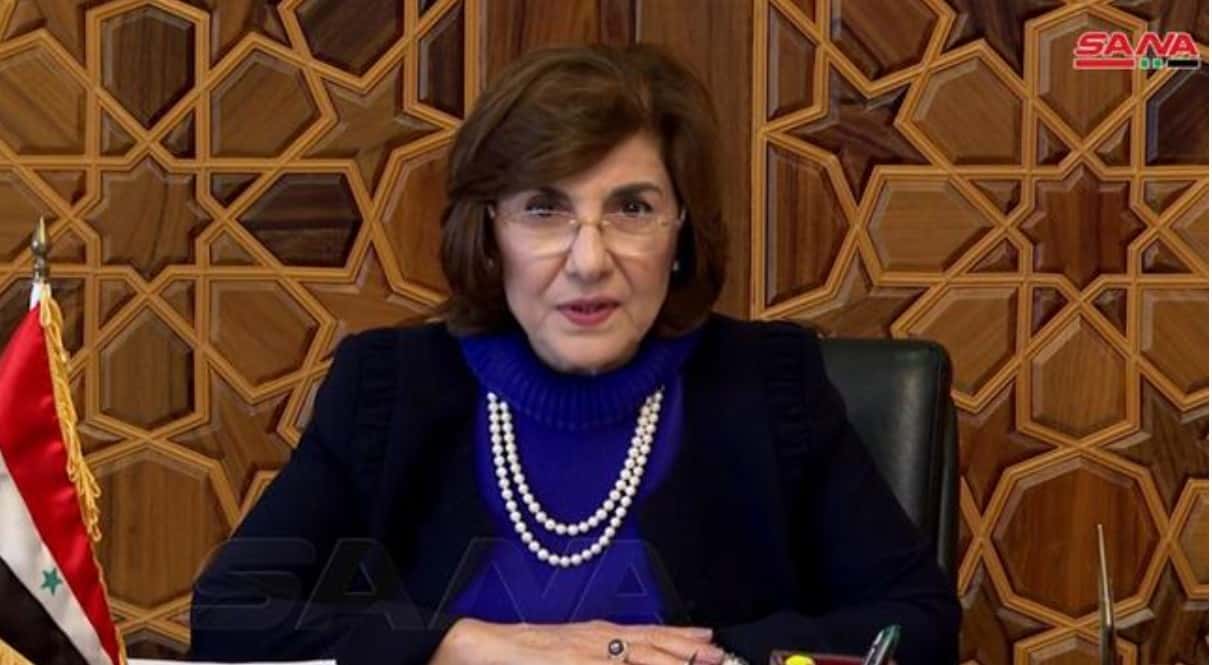 A senior aide to Syrian President Bashar al-Assad has accused the United Kingdom of funding anti-Damascus groups to stoke further unrest in the Arab country and said Western states were exerting pressure on Syrian officials to dissent from the government.

Bouthaina Shaaban, Assad’s political and media adviser, made the remarks in a video conference organized by the German Schiller Institute on Saturday, entitled “The Moral Collapse of the Trans-Atlantic World Cries Out for a New Paradigm,” Syria’s official news agency SANA reported.

Shaaban said Syria has been waging a “double-edged” war over the past decade, one on the ground against terrorists wreaking havoc in the country and the other against a Western-backed drive for inciting dissent within government ranks.

“All that happened in Syria of destruction, death, and displacement, were because of Western intelligence institutions which, in cooperation with Turkey, trained thousands of terrorists to achieve a single goal which is destroying Syria,” the presidential aide said, adding that the West was dealing with Syria as if it were still under their colonization, ignoring its deep-rooted history and values.

US biggest violator of human rights around the world: Syria rejects Washington report

Syria says the latest US annual report on human rights around the world is based on “ delusions and lies” and represents the “height of hypocrisy.”

Assad’s political and media adviser told the video conference that, “Western governments were pressing Syrian officials to dissent and bribing some of them with money to join those against the Syrian government, assuring them the political system is going to fall and collapse.”

Russia’s deputy foreign minister says the US is smuggling oil and grain from Syria while people in the war-torn country are suffering from acute shortage of basic products.

Syrian government troops and their allies have managed to retake some 80 percent of the war-ravaged Arab country’s territory from the Takfiri terrorists.

The Syrian army is fighting to drive out the remaining militants, but the presence of US and European forces in addition to Turkish troops has slowed down its advances.

The United States has also imposed crippling sanctions on Damascus. The Syrian government has repeatedly denounced Washington’s unilateral sanctions as “crimes against humanity,” saying the Western sponsors of terrorism must pay the price for their atrocities against the Syrian nation.