[ Editor’s Note: This is good news on the VX decommission. But the down side is that, if it is not needed, then it is because they have something better to replace it. What that is will of course be a closely guarded secret.

However there is the chance that other types of weapons are replacing them which are more effective but do not leave long term, ongoing contamination. VT has long published about mini-nukes, which have sadly been used, where the radiation dissipates in 72 hours.

So far the record for them being used without significant blowback has been successful, despite VT’s publishing their being used on 9-11 with no challenge to date by anyone official. They are content that their media blackout was successful.

But that is convenient thinking, as we got the word out widely, including their subsequent use on other targets, the latest being in the Beirut port disaster, with the poorly orchestrated ammonium nitration explosion hoax. The label on the fertilizer bags debunked it. Warning: Does not burn or explode but can give off toxic fumes when wet.

For more backup, experienced miners gave us the detailed rundown on how a ‘weaponized ammonium nitrate slurry’ has been used widely, mixed in carefully controlled proportions and with the right size of TNT charge placed at the bottom of the drill hole in open pit mining.

To date no one with a reputation to lose has challenged us on it. Sadly, Lebanon, a country that cannot defend itself even from this hopeless hoax, by remaining quiet presents another award to Israel for using a WMD in broad daylight on civilians.

Shame on all the world’s intel and security orgs going along with the cover up. That goes for world media, too, another fake industry in the bag. That should be very scary to all of us, but apparently it is not, as they get no flack from anyone but us… Jim W. Dean ] 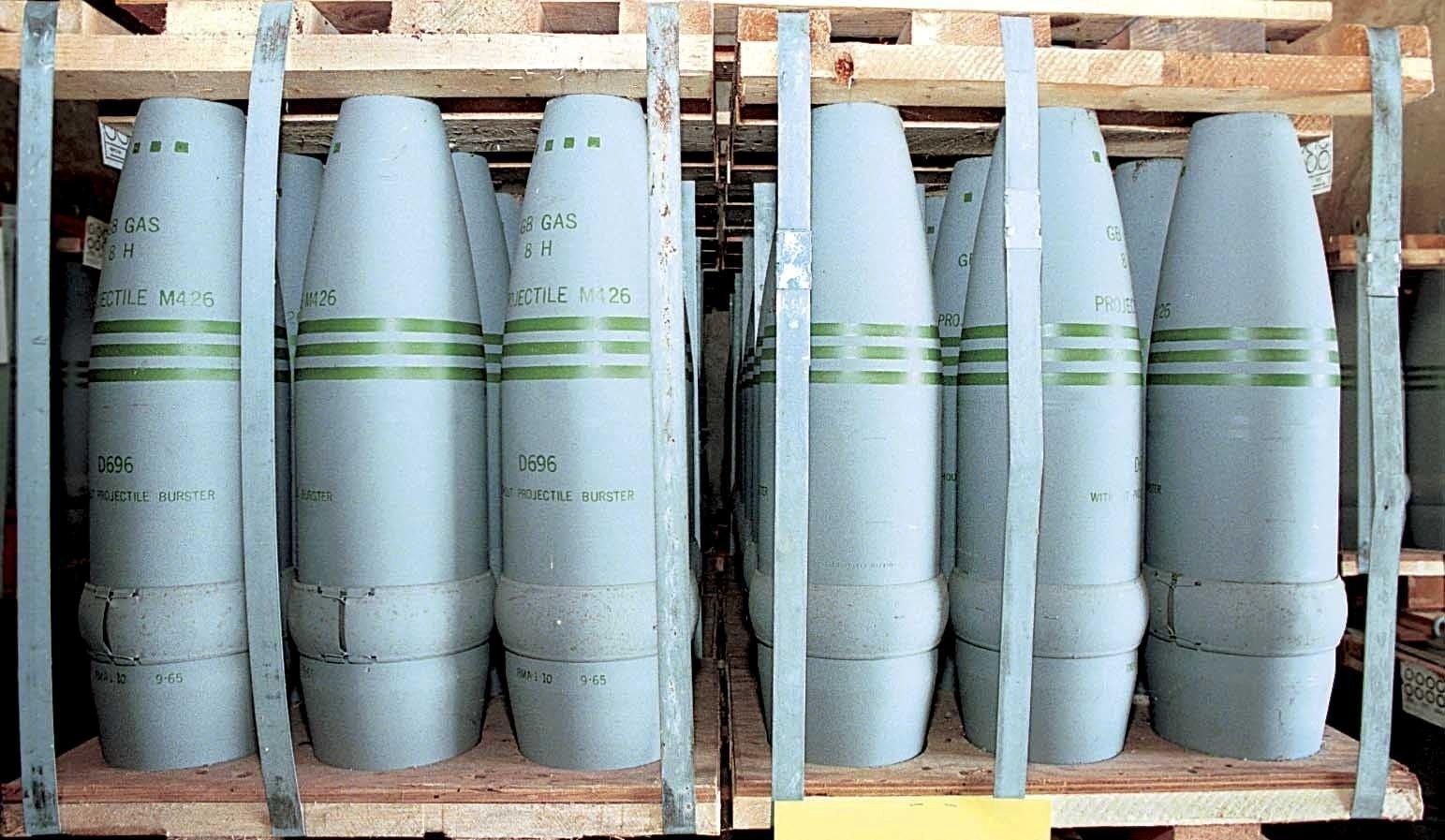 The United State military has revealed that its last batch of stockpiled missiles armed with highly lethal VX nerve agent outlawed by the Chemical Weapons Convention (CWC) had been delivered for destruction.
–
According to news released by the US Army Chemical Materials Activity media, the US military delivered the last batch of the stockpiled 155mm projectiles carrying VX nerve agent for destruction this week.
–
Blue Grass Chemical Activity crews (BGCA) moved the last batch of the nearly 13,000 projectiles filled with the highly lethal and persistent VX nerve agent and stored at Blue Grass Army Depot to the Blue Grass Chemical Agent Destruction Pilot Plant, which has already destroyed 133.2 tons of chemical agent since 2019.
–
“Our chemical crews and support elements have really risen to this challenge,” Lt. Col. Edward Williams, BGCA commander said as quoted by media on Thursday. “Not only did they accomplish this objective during a pandemic, but under the threat of severe weather and a February ice storm as well.”
–
“It really is a team effort, not just between the governmental agencies and contractors, but also within the BGCA,” said David Velazquez, director of chemical operations. “We’ve been moving munitions for nearly two years now.
–
The Blue Grass Army Depot in Kentucky is one of only two remaining chemical weapons stockpile locations in the US. The other is the Pueblo Chemical Depot in Colorado. Chemical weapons destruction began at the latter in 2015.
–
The Blue Grass Army Depot originally stored over 500 tons of mustard and nerve agents in 155mm projectiles, 8-inch projectiles, and M55 rockets. Each 155mm munition can carry either 6 pounds of VX or 11.7 pounds of a mustard agent.
The facility has already disposed of its 8-inch projectiles containing GB nerve agent, and it began disposing of the 155 mm H mustard rounds in 2019, with more than 64% destroyed by January 2021. Efforts to dispose of the 155 mm VX artillery shells started on January 10, 2021.
–
CWC is the arms control treaty administered by the Organization for the Prohibition of Chemical Weapons (OPCW).
–
The US claims its objective by destroying the projectiles carrying nerve agents is compliance with the OPCW which enforces an international treaty banning the use and production of chemical weapons and directs disposal of remaining stockpiles.
–
The next phase of the destruction campaign by US military forces is scheduled  to begin in fall 2021, when the plant will start disposing of the M55 rockets, each carrying about 11 pounds of VX, that are still stored at the Blue Grass Army Depot.
–
Chemical weapons destruction at Blue Grass Army Depot is scheduled to be completed by the end of 2023 in accordance with the CWC. The CWC is regarded as one of the most successful chemical weapons treaties.
–
OPCW is an intergovernmental organization based in The Hague, The Netherlands. The prohibition of chemical weapons treaty entered into force on 29 April 1997.
ATTENTION READERS
Due to the nature of independent content, VT cannot guarantee content validity.
We ask you to Read Our Content Policy so a clear comprehension of VT's independent non-censored media is understood and given its proper place in the world of news, opinion and media.