Home World Former Italian PM’s Family Under Investigation for Fiscal Fraud! Even due to... 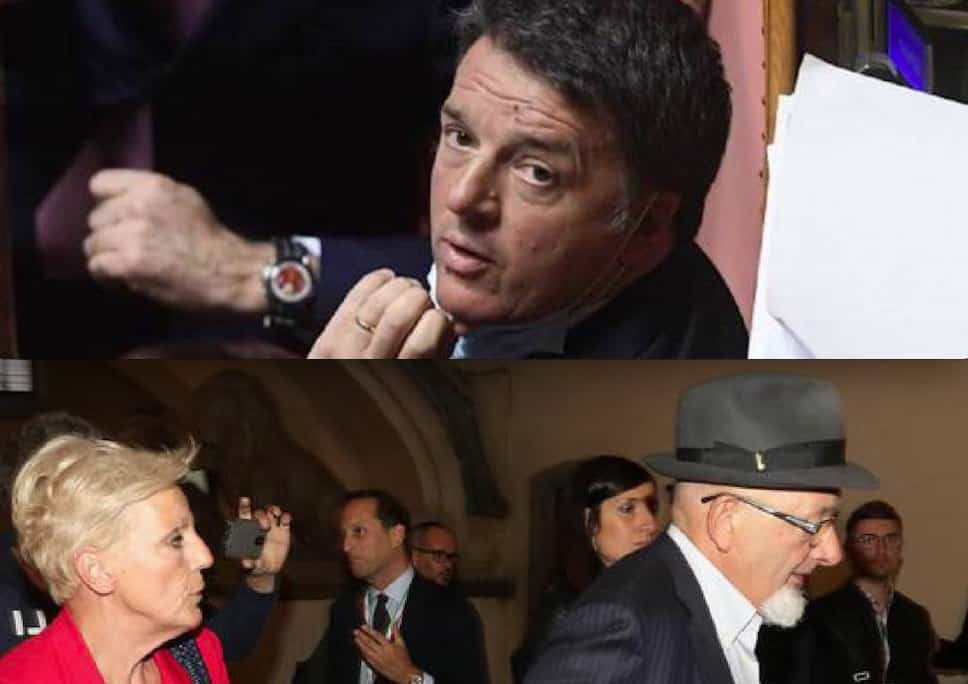 A tangle of inquiries, investigations, indictments and convictions. By now, for an information site that does not have a newspaper editorial staff, it becomes impossible to keep up with the events of the family and collaborators of the former premier Matteo Renzi, in turn under investigation for the Open funds of his electoral campaign, but in spite of this brazen protagonist of national politics as leader of the senators of Italia Viva and also of the international one, as we will see in a forthcoming investigation about to be completed on Saudi Arabia…

«Fraudulent declaration in order to evade taxes using invoices for non-existent operations and unfaithful tax return: with these accusations, the Florence prosecutor’s office asked for the indictment of the parents of the leader of Italia Viva, Matteo Renzi. The investigators are Tiziano Renzi and Laura Bovoli, in the role of de facto director and legal representative of the family company “Eventi 6”. For the same crimes, the postponement of the sister of the former prime minister, Matilde Renzi, legal representative of “Eventi 6” in 2018 was also requested. The preliminary hearing before the judge will be held on May 20».

The newspaper Il Giornale writes this in a last update of the legal events, failing to mention, however, that Event srl is the company in which have passed through, through a capital increase, the dollars came from the United States: by Unicef ​​in New York (then directed by a trusted man of Barack Obama), and by Operation USA (of which the famous Julie Andrews is testimonial) which brought a lawsuit against the alleged embezzlement and self-laundering for which, for various reasons, they were indicted (first audience on 8 June) both brothers Alessandro and Luca Conticini.

Andrea Conticini: according to the investigators, as special prosecutor for his brother Alessandro (special power of attorney dated 30 December 2010), in 2011 he would have used part of the money destined for Africa (by Unicef and Operation Usa), for a total of 187,900 euros, for the purchase of company shares in Eventi 6 srl of Rignano Arno – a company attributable to family members of former Prime Minister Matteo Renzi of whom Contincini is brother-in-law, he married Matilde, the sister of the current leader of Italia Viva.

No charge, in relation to that suspected capital increase, for Matilde Renzi who instead finds herself involved in the latest investigation into the fraudulent declaration.

«From the investigations of the Guardia di Finanza also conducted for previous investigations, between 2016 and 2018, the” Events 6 “would have indicated in the tax return fictitious for a total of over 5.5 million euros, evading taxes for about 1 ,2 millions. According to the accusation, the company based in Rignano sull’Arno (Florence), managed by the Renzi family, would have made use of the services of the “Marmodiv” cooperative only pro forma. According to prosecutors, the cooperative was also administered by the Renzi spouses, using their manpower on behalf of “Eventi 6” and would have taken on the social security, social security and tax burdens. On March 10, the spouses Tiziano Renzi and Laura Bovoli were indicted for the crimes of fraudulent bankruptcy for the collapse of three cooperatives attributable to them and the issue of false invoices».

The first hearing is set for June 1st. Sixteen other people are charged in the same proceeding, all of whom have been sent to trial, accused in various ways of fraudulent bankruptcy and the issue of false invoices. As the most attentive readers of Gospa News will remember the Marmodiv scandal, which resulted in the arrest of Renzi’s parents, it was raised in preview by this webmedia thanks to the disturbing exposé-dossier prepared by the Tuscan activist Alessandro Maiorano through the documents to him delivered by a “whistleblower” of the cooperative, alarmed by the financial situation.

Corrupt with Diamonds: Italian Judges Sentenced to 16 and 10 years in Prison

But the parents of the former premier, arrested precisely in relation to the Marmodiv investigation, have already been convicted of another story of false invoicing, specifically very controversial and even a little banal, but disturbing when analyzed in relation to their accomplice, the king of outlets Luigi D’Agostino, convicted of corruption in another trial, who with his statements had two magistrates from Trani arrested and sentenced, one of whom suspected of having had embarrassing talks with Tiziano Renzi, as well as the former vice president of the CSM Giovanni Legnini and the former minister Luca Lotti, right-hand man of Prime Minister Renzi, in trouble with his father for the trafficking of influences with the Consip scandal.

The names of Renzi father, Lotti and Legnini emerged precisely in the interrogations of prosecutor Antonio Savasta, miraculously promoted to judge in Rome when he was arrested. Although they have never been charged with complaints or hypotheses of any criminal nature, the involvement of Legnini, a former PD deputy, caused a sensation due to his intense relations and chats with the former councilor of the Superior Council of the Judiciary, Luca Palamara,ousted from the judiciary and under investigation for corruption in judicial acts such as Savasta.

If the judicial authorities had applied the theorem of “could not not know” often used in judicial proceedings against the former leader of the Italian Socialist Party Bettino Craxi and the former Italian Prime Minister Silvio Berlusconi in the investigations on Mediaset, probably the Senator Matteo Renzi would find himself today in a much more ambiguous situation than that which sees him under investigation for some illicit financing in a three-story family crimes that ranges from fraudulent bankruptcy, to fraudulent tax declarations up to self-laundering, for the brother-in-law, of millions of dollars suddenly rained down from the US precisely to coincide with its political rise favored by American Dem leaders Hillary Clinton and Barack Obama.