…from the Assoc. for Defending Victims of Terrorism

[ Editor’s Note: An advocacy group is really scrapping the bottom when they feel the only way they can get attention is by killing school children. What makes it worse, these are Muslim men killing Muslim children, girls even, which I would suspect that the Koran has some prohibition on.

So what we really have here with the Taliban is phony defenders of the faith, and certainly not the only ones to exploit religion for some factional political gain to push themselves up and others down.

Will the Taliban political structure be sanctioned now? By that I mean not allowed to fly on airplanes, but travel on camels only to future conferences. Will they be banned from hotel accomodations and require to bring their tent caravans with them?

I don’t think so. I don’t their subsidies from their rich Persian Gulf State backers will be cut off, which in effect puts their endorsement  on the slaughter of these girls. So will these states be sanctioned for aiding and abetting terrorism? I don’t think so.

Gordon and I did a UN Human Rights Council event in Vienna on an event where the well of a girls school had been poisoned.

Either on purpose or by calculation none were killed, but made sick. That was our first exposure of their war on children to ‘defend their religion’, which no one to date have been able to explain the rationality of that to us.

We are still waiting. Dear Taliban, we get emails from all kinds of people all the time. Let us here from you how you square the kid killing with your holy book. We are dying to know. Opps. Scratch that last sentence. I don’t want to give you any bad ideas… Jim W. Dean ] 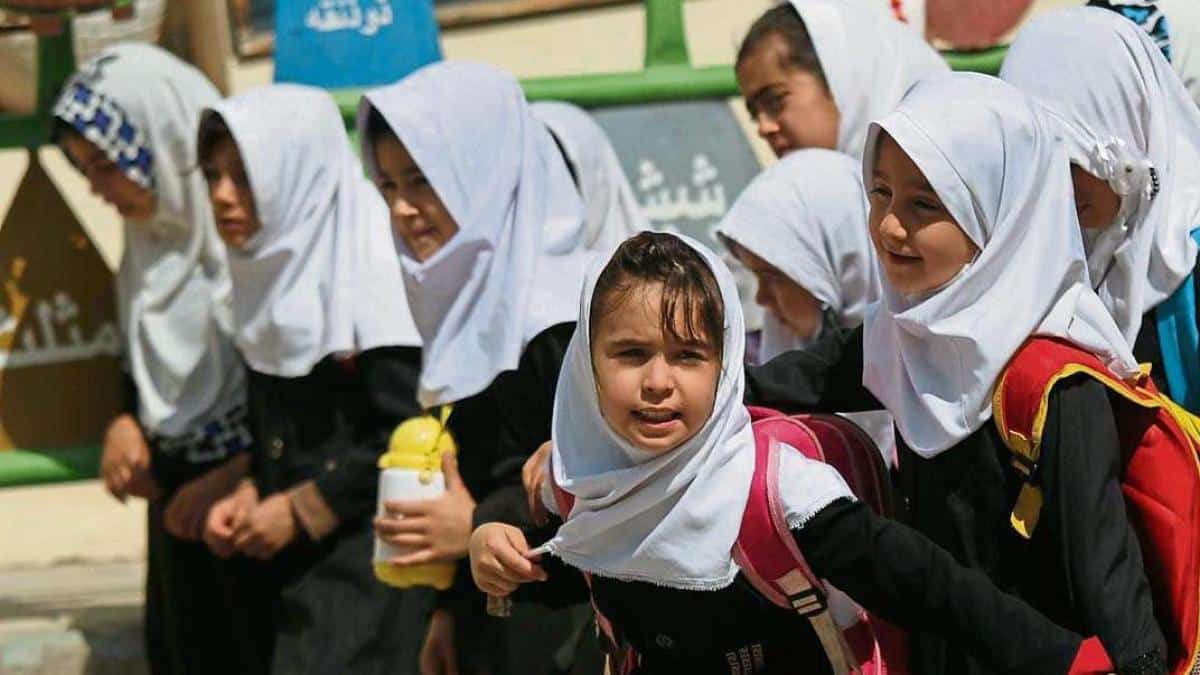 The Association for Defending Victims of Terrorism issued a statement condemning the terrorist attack at the Seyed al-Shohada girls’ school in Kabul.

Once again, terrorism created crime and killed more than two hundred and fifty schoolgirls. This devastating disaster not only saddened the families of the schoolgirls of the Seyed al-Shohada School in Kabul, but also left the great Afghan nation and other people of the region and the world in a great grief that will not be rehabilitated with any remedy.

What is the response of the criminals for this shameful act? Is the education of innocent students a crime? Is not the month of Ramadan the month of divine sanctity and mercy?

Does not all religions and moral teachings consider the killing of human beings, especially children, as a forbidden act and a great sin? This shameful act shows that terrorists are devoid of any ideology, belief and human conscience and serve as a tool for serving the interests of their commanders in the hegemonic system.

The continuation of decades of provocation of terrorism in the region with the aim of preventing the development and causing disadvantage for countries shows that foreign intervention with claims of countering terrorism has nothing but the spread of the increasing devastation and insecurity for the region. The nations clearly see that foreign troops themselves are the source of insecurity and the spread of terrorism.

Condemning the tragic incident, expressing sympathy with the families of the victims of this crime against humanity and supporting them in the public mourning, the Association for Defending Victims of Terrorism call on the elites, political leaders of the region and international organizations not to be satisfied of expressing their condolences and condemning and take practical and effective steps in the fight against the roots of terrorism and trial of the criminals.

It can be possible by victims’ participating in criminal proceedings at international assemblies, foreign intervention and providing justice for the victims, and stability and security for the people of the region.