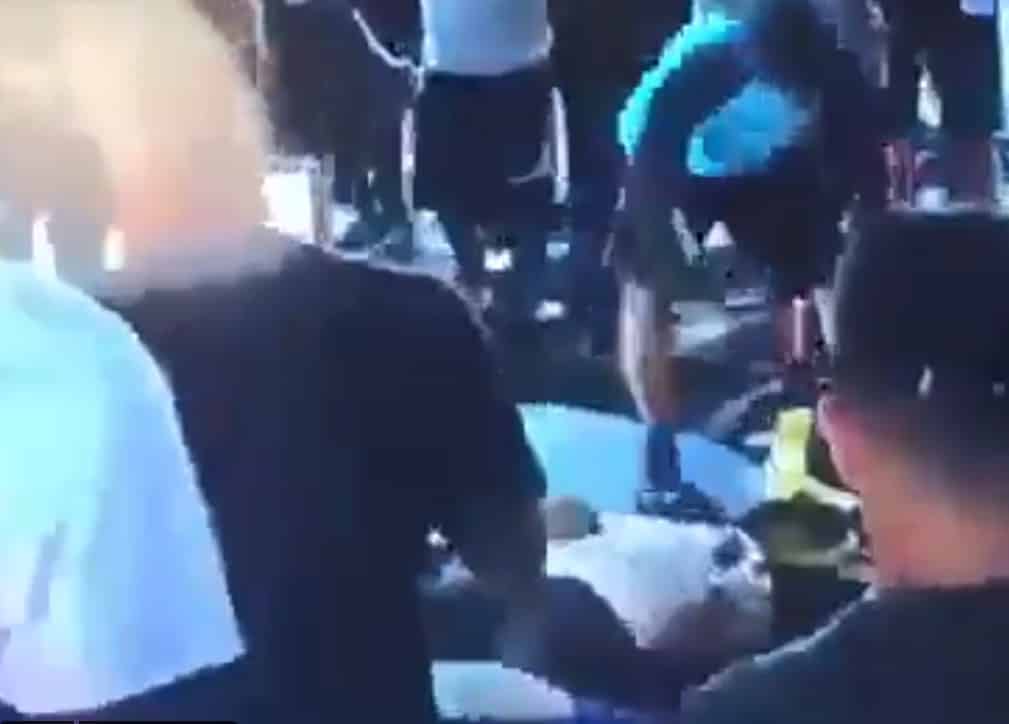 It all began when Israel began removing Palestinian families from homes they have owned for generations so that Jewish retirees from New Jersey could live in kleenex box condos near the streets where Jesus was dragged to his death.

A Jewish Zionist mob lynches a helpless Palestinian-Israeli citizen in a mass expression of hatful racism.
Like many Palestinian- My family in Haifa, Jerusalem & Acre tell me it’s open season against them: they are hunted down, based on their race/religion.pic.twitter.com/Dd8h1RQ5IZ

We are witnessing lynch mobs – in person and on TV. This is happening in Haifa, Akka, Lydd, Yaffa and elsewhere. It’s being done with Israeli police and government backing. This is not just the so-called settler extremists. This is Israel. #FreePalestine pic.twitter.com/993LrENvVu

If this isn’t fascism then what is? https://t.co/37ulo6nFts

This horrifying video shows a lynch mob of Israeli fascists pulling a Palestinian out of his car and lynching him, live on TV.

This is the fascist apartheid regime that the imperialist so-called "democracies" in the US and EU arm, fund, and protectpic.twitter.com/LFIPIh1irB

Israeli civilian occupiers pulled a Palestinian man out of his car and attacked on him with dogs and crushed his head in Bat Yam city.#IsraeliTerrorism pic.twitter.com/yxzhntyPG0

Pregnant Palestinian woman and her two young children have been killed by an Israeli airstrike.

Remember when the Israeli police pulled out a gun to “protect” an Israeli settler who rammed into Palestinians? Here’s what happens when driver is Palestinian and perpetrators are Israeli. The man was removed from his car, brutally beaten while they chant “more”. #FreePalestine pic.twitter.com/lQ13FKCL4Y

"Israeli fighter jets flattened a 14-story building in one of the busiest shopping districts in Gaza City, the third major Palestinian building hit this week" because of ostensible ties to Hamas. Is there any pretense that these are proportionate attacks? https://t.co/HcXO3L2wMH pic.twitter.com/6kI1e1nh0h