The Israelo-Russian mob, the Khazarian oligarchs that rule the West war to keep Netanyahu in power at any cost

We watched in the 80s and 90s when 2 million were shipped to Israel where they live in US “benefits” up to $33,000 per person, learning Hebrew and pretending now to be “Jews.”

With them they brought power to the Freemason Likudists and a resurgence of their Nazi traditions, now centered in the home of those the Nazi’s persecuted. 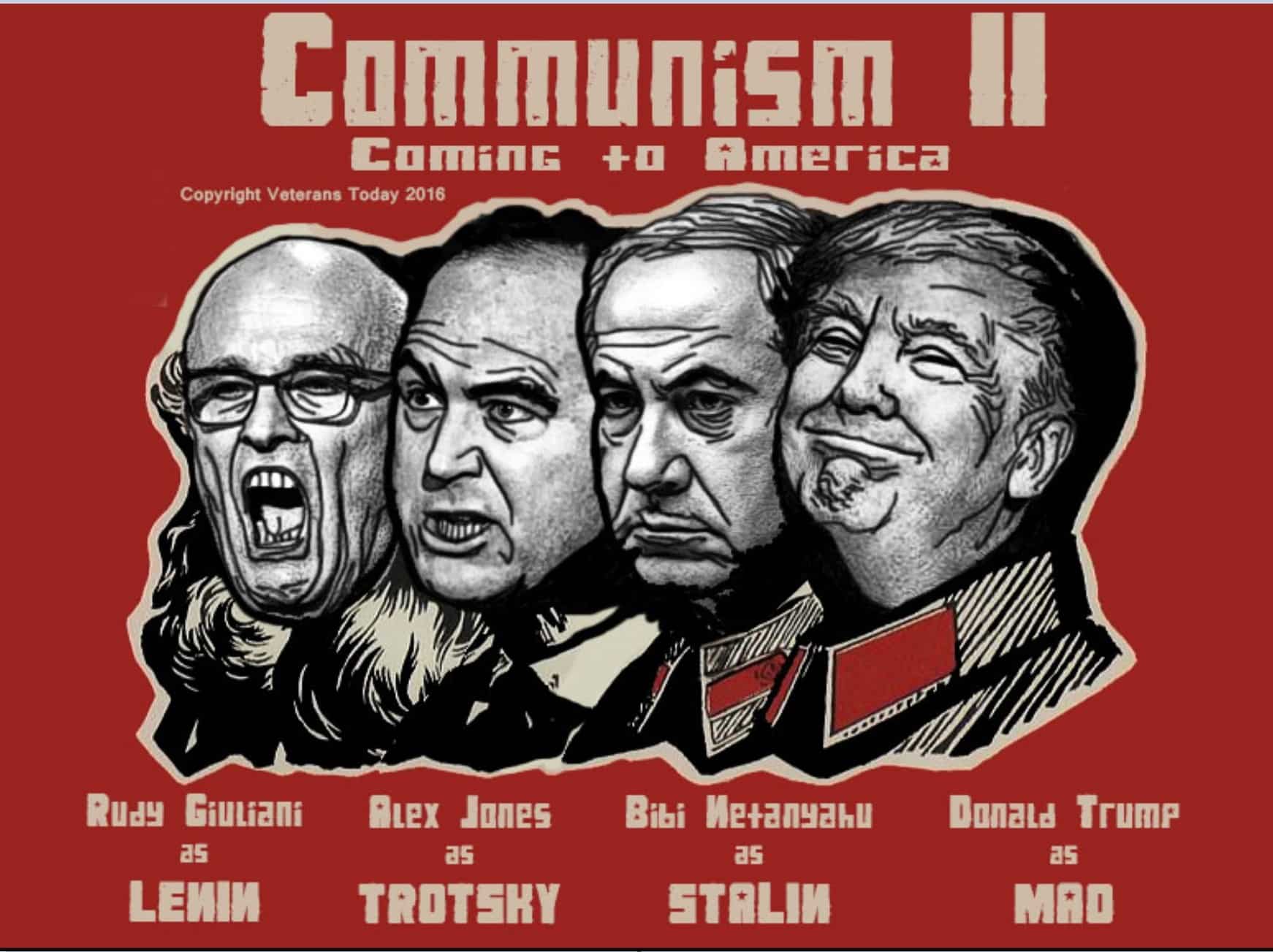 You just can’t make this stuff up… 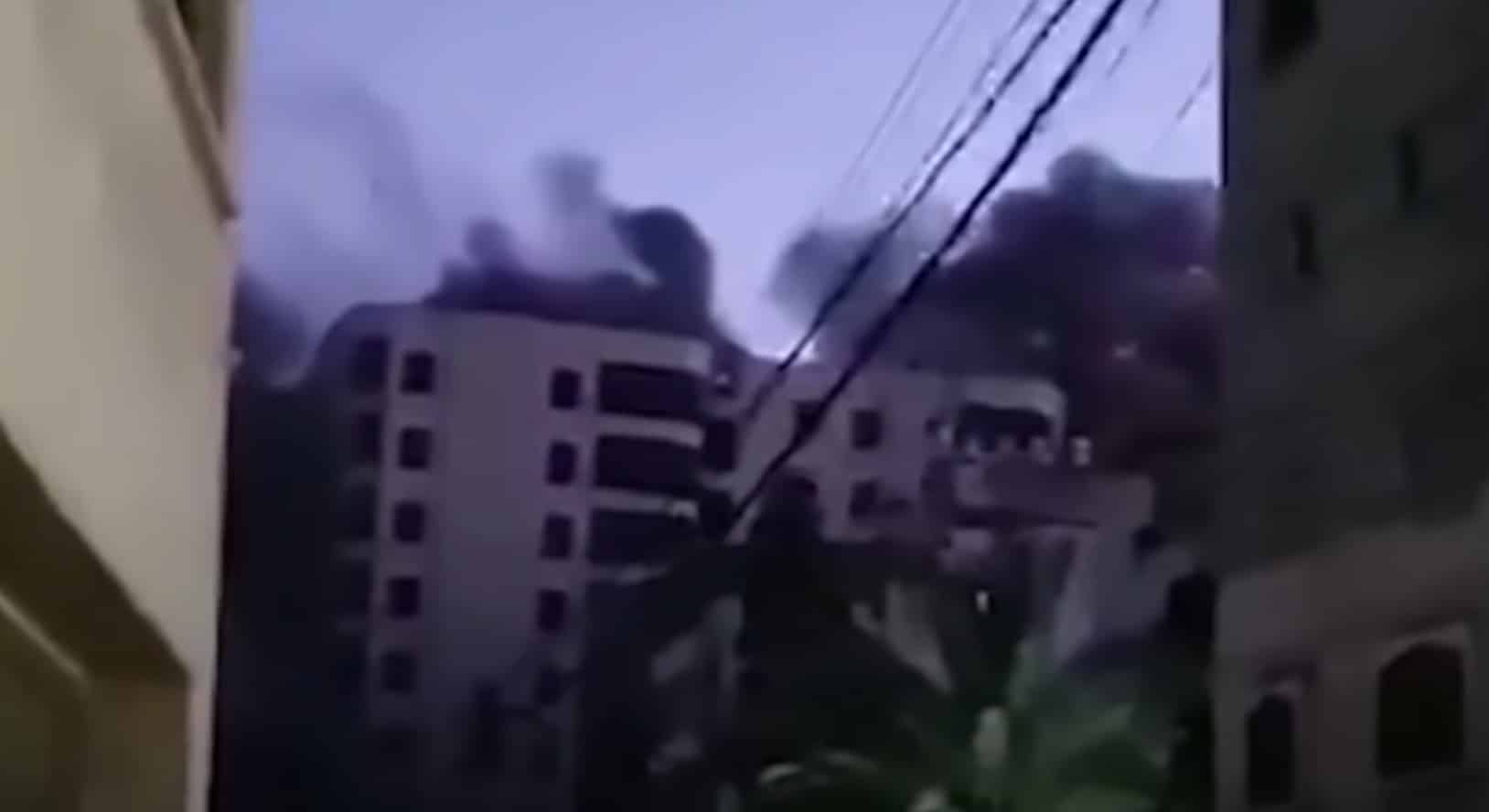 Palestinian resistance group have fired a barrage of rockets at the Israeli-occupied cities in response to the regime’s continued bombardments of civilian targets in the Gaza Strip, as the death toll from the latest flare-up rises on both sides.

The Islamic Jihad resistance movement’s military wing, the al-Quds Brigades, announced that 100 rockets had been fired at the cities of Tel Aviv, Ashkelon, Be’er Sheva and Sderot early on Wednesday, Palestine Today reported.

Hamas’s military arm also announced that it launched 210 rockets toward the occupied territories early in the morning.

The Izz ad-Din al-Qassam Brigades said in a statement that it was “in the process of firing 110 rockets toward the city of Tel Aviv” and 100 others toward the town of Be’er Sheva, “as reprisal for the restarting of strikes against civilian homes.”

The Israeli army announced on Wednesday morning that Palestinian resistance groups in Gaza have launched more than 1,000 rockets toward different cities in the occupied territories since Monday evening.

Since then, the army said, 850 rockets have landed in Israel or been intercepted by the Iron Dome missile system.

The Hero " The Lion " The Brave 🙌🇵🇸 pic.twitter.com/G9Swg25RMk

Israeli authorities have so far confirmed five deaths as a result of the rockets fired from Gaza on several cities, including Tel Aviv.

The Israeli army also announced it had intercepted a Hamas drone early Wednesday.

The Israeli military has conducted hundreds of airstrikes on the blockade Gaza Strip, resulting in scores of fatalities.

Palestinian media reported that the Israeli regime continued its bombardment of the Gaza Strip on Wednesday, killing two Hamas commanders and three children.

Israel targeted Gaza’s police and security headquarters and the Islamic University of Gaza for the third consecutive day, which saw 30 simultaneous attacks on the Gaza Strip.

STAND AND FIGHT TOGETHER WITH PALESTINE

"Those who sleep on this are the bigger oppressor than those who oppress"#RedforPalestine#Gazaunderattack#WestandwithGaza#SavePalestine#FreePalestine#MyAqsaDefender#israelKoyak#Shameonisrael pic.twitter.com/ReCHrpKTvy

The Israeli army said in a tweet that the victims were Hamas intelligence officials.

It also said the Israeli attacks were a response to “hundreds of rockets” launched from Gaza in the last 24 hours, adding that they marked “our largest strike since 2014.”

Meanwhile, a pregnant Palestinian woman and her 5-year-old son were also killed during the Israeli airstrike that targeted their house in the Gaza Strip.

The woman, identified as Reem, and her son, Zaid, were reported killed after the strike hit their house in Tel al-Hawa, a neighborhood in the southern part of Gaza.

Meanwhile, Gaza’s Health Ministry announced on Wednesday afternoon that as many as 48 Palestinians, including 14 children and three women, had lost their lives in Gaza in the latest Israeli strikes, with a total of 296 civilians — most of them women and children — wounded since Monday.

As a result of rockets fired from Gaza on Wednesday, an Israeli pipeline near Ashkelon was hit causing fire.

Hamas leader Ismail Haniyeh said Israel is responsible for the consequences of its atrocities in Jerusalem al-Quds and al-Aqsa Mosque, whose flames “extended to Gaza.”

Earlier, Israeli minister for military affairs Benny Gantz warned that “this is just the beginning” of Israel’s assaults.

One of the survivors of Israel’s attack in northern Gaza on Tuesday recalled the horror of watching five members of his family, including young brothers Ibrahim and Marwan, die during the strike.

“We were laughing and having fun, when suddenly they began to bomb us, everything around us caught fire,” their cousin, also called Ibrahim, told AFP.

“I saw my cousins set alight, and torn into pieces,” said the 14-year-old, breaking down in tears. “Why did they leave me? I would have wanted to die as a martyr like them.”

Israeli bombardments of Gaza continued on Wednesday, shaking Gazans’ homes and lighting up the besieged city’s sky just after dawn, with at least 30 explosions reported by residents within a matter of minutes.

The occupied territories were hit with protests as well, which, in the city of Lod, prompted the Israeli government to declare a “state of emergency” following the killing of a Palestinian by a Jewish settler in the city.

“Everything necessary is done to restore law and order in Lod” and throughout the occupied territories, Israeli public security minister Amir Ohana said.

He announced that the Israeli regime has decided to deploy 16 Border Police reserve units to Lod from the occupied West Bank.

Minor confrontations were also reported following Fajr (dawn) prayers at al-Aqsa Mosque on Wednesday morning, with Palestinians chanting protest and resistance songs, while Israeli forces were deployed around the complex.

Unrests erupted across Israeli-occupied territories on Tuesday night and into Wednesday, as social media posts showed protests in the city of Rahat as well as in Qalansawe.

The al-Aqsa Mosque and Bab al-Amoud (Damascus) Gate in Jerusalem al-Quds’ Old City as well as the Sheikh Jarrah neighborhood have witnessed a spike in Israeli atrocities since the beginning of the Muslim holy month of Ramadan.