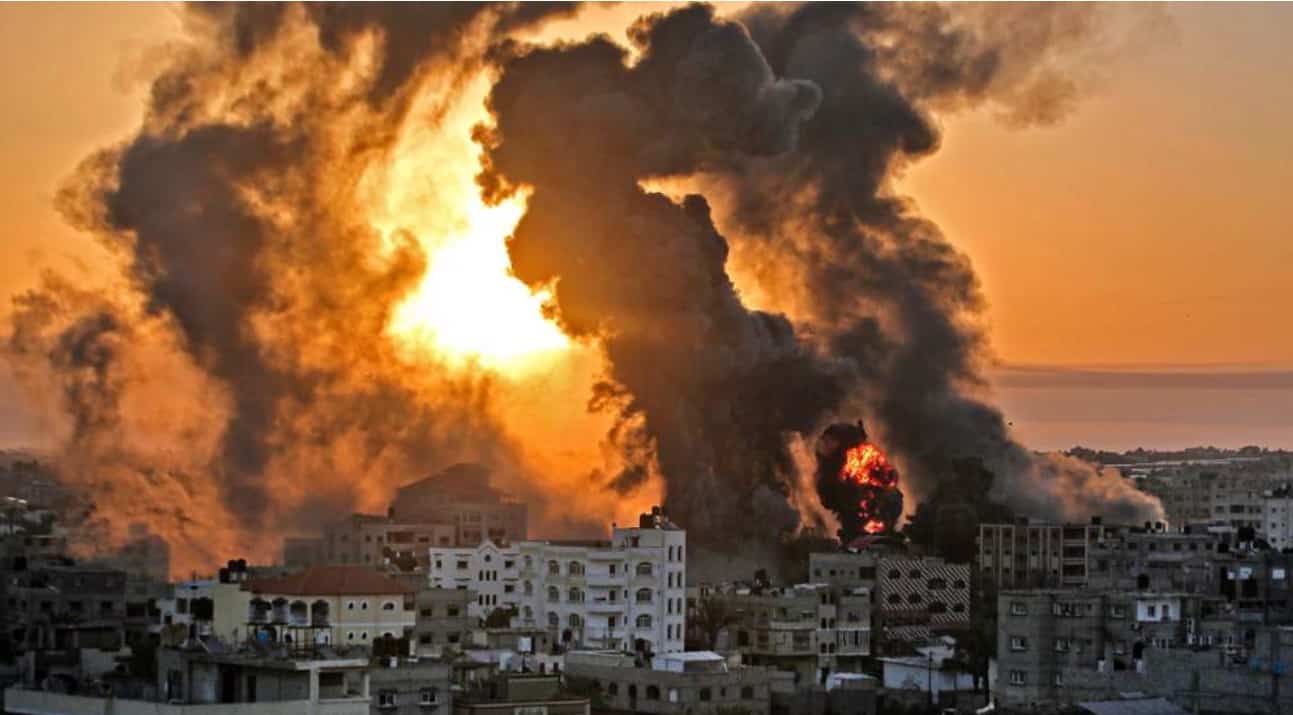 Guardian: The headlines speak mainly of “clashes”, “conflict”, and “casualties on both sides”. The politicians recite bromides about Israel’s “right to defend itself”– a right that Palestinians seemingly do not have. The US government calls for “all parties to deescalate”, with no acknowledgment that it is US funds – $3.8bn a year – that, in part, make Israel’s bombardment of Gaza possible. This is the familiar American routine when Israel goes to war.

Yet before Israeli airstrikes and Hamas rockets came to dominate the news, what happened over the last week in Jerusalem was perhaps the most substantial Palestinian mass uprising in the city since 2017 – when Palestinian demonstrations led Israeli police to abandon their attempt to install metal detectors at the entrance to the Al Aqsa Mosque in occupied East Jerusalem. Then, as now, it was an uprising centered in Jerusalem but about much more. And though US public attention has been diverted, the Jerusalem uprising is still ongoing. That is important not to forget.

It was not a coincidence that the uprising began in Jerusalem. Occupied East Jerusalem exemplifies in miniature the Israeli government’s endeavor to secure “maximum territory, minimum Arabs”, as David Ben-Gurion saw the goals of the Zionist movement. Israel has pursued this goal in East Jerusalem – which it occupied in 1967 and formally annexed in 1980 – by making it nearly impossible for Palestinians to obtain permits to build homes, leaving thousands of people vulnerable to displacement and their homes slated for demolition. East Jerusalemites, who are not citizens of Israel but legal residents, face stringent residency requirements that make their legal status precarious. The Israeli government has also empowered Jewish settlers to seize properties inside Palestinian neighborhoods such as Silwan, Abu Dis, a-Tur, and Sheikh Jarrah – part of an explicit strategy to “Judaize” the eastern part of the city.  Read more…