ON MAY 6, right-wing Israeli officials descended on Sheikh Jarrah, a neighborhood in occupied East Jerusalem, to show their support for the settler movement’s push to displace Palestinian residents and take their homes.

One of the officials was Aryeh King, a deputy mayor of Jerusalem and settler who lives in the Palestinian neighborhood of Ras al-Amud. In an exchange caught on camera, King mocked Palestinian activist Mohammed Abu Hummus for being shot by Israeli forces in his backside, and then, pointing at his head, said, “It’s a pity it didn’t go in here.” It was a wish for the death of a Palestinian.

The remarks turned a spotlight on King’s involvement in the saga of Sheikh Jarrah, the Palestinian neighborhood targeted by Israeli settlers that is at the heart of the current crisis in Israel-Palestine. The impending removal of Palestinian families from Sheikh Jarrah fueled tensions in Jerusalem, which spiraled out of the holy city into Gaza and the rest of Israel-Palestine. Israeli airstrikes are now blanketing Gaza, with Palestinian groups firing rockets back; both Jewish and Palestinian mobs are roaming cities in Israel, beating up whoever they can find.

King is one of the players, among others, who has stoked tensions in Sheikh Jarrah, the site of a long-simmering crisis. In 2007, King started the Israel Land Fund, and since then, the group has worked to buy land in Palestinian neighborhoods throughout occupied East Jerusalem to sell to Jewish settlers.

The Israel Land Fund isn’t trying to dominate East Jerusalem by itself. It’s doing it with the help of private American donors, who get tax deductions for the money they give to U.S.-based nonprofits who funnel the money to Israeli settlements. The overwhelming majority of the Israel Land Fund’s budget comes from the Central Fund of Israel, a U.S.-based nonprofit.  read more… 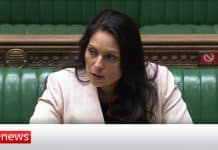 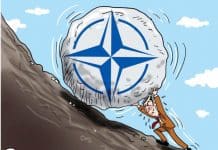