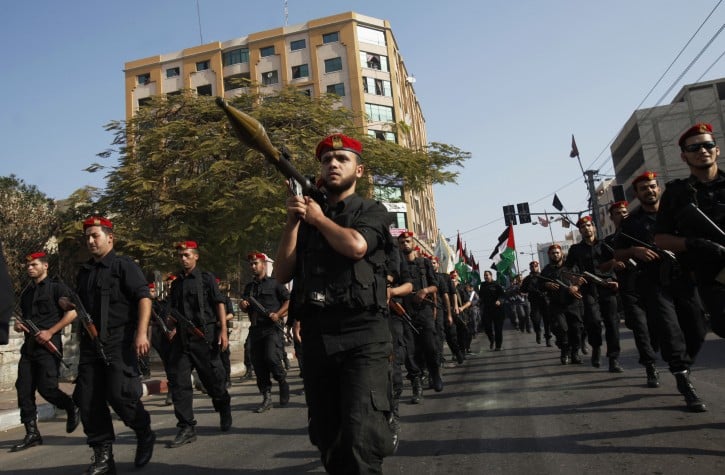 This actually a play on Michael Shrimpton’s article, which is entitled “Israel hammers Hamas,” and which is completely devoid of historical facts and deep analysis about what has been doing on in the Middle East for the better part of sixty years.

Back in 2014, Shrimpton and I had a long discussion about similar issues, both at VT and via email messages. For the life of me, I simply cannot understand why Shrimpton continues to avoid scholarly studies that have been written on these issues and move on to perpetuate the Israeli narratives, which, as my dear friend Mark Dankof put it in our article The Closing of the Zionist Mind, is based on:

“an attempt to conceal what I believe the truth to be about the doctrine of Jewish racial supremacist ideology as the philosophical underpinning for land thievery, terrorism, and genocide in Palestine, along with the systematic concealment of the evidence of overwhelming Jewish financial and political support in the United States and Europe for fiat money and central banking; globalist trade treaties; Israel’s usurpation of American foreign policy; the overwhelmingly Jewish ownership position in the major media consortiums operating in the West; the amount of Jewish and pro-Israel PAC money routinely buying American Presidential elections and Congressional seats and committee assignments on Capitol Hill; and the provably disproportionate role played by Jewish interests in promoting the Cultural Marxism which has engulfed the United States and Western Europe in my lifetime, especially in the advancement of the LGBT agenda, the abortion industry, the pornography industry, and so forth.

“Ultimately, the Talmudic doctrine of Jewish racial supremacy is a frontal assault not simply on the rights of Palestinians and other Middle Eastern peoples, but in an American context should be properly seen as a frontal assault on the political and cultural autonomy of millions of Americans and on the First Amendment and the Bill of Rights in the Constitution of the United States. The corroborative proof for this statement is perhaps best found in the draconian Global Anti-Semitism Review Act of 2004 signed into law by George W. Bush.”[1]

Hamas and other groups are simply a response to Israel’s terrorist activities which have been going on for decades. Don’t believe me? Well, take it from Avner Cohen, an Israeli scholar and philosopher who is well trained in Israel’s nuclear history and strategic policy. Cohen declared: “Hamas, to my great regret, is Israel’s creation.”[2] Other Jewish scholars of various stripes have essentially said similar things.[3]

So how can any person with an ounce of common sense avoid the fact that Israel has been wiping out the precious Palestinians since the beginning of time? For example, Benny Morris, Israel’s foremost historian, unequivocally declared:

When Morris looked at archival documents, he even found that Israeli soldiers raped Palestinians. Morris admitted: “To my surprise, there were also many cases of rape. In the months of April-May 1948, units of the Haganah [the pre-state defense force that was the precursor of the IDF] were given operational orders that stated explicitly that they were to uproot the villagers, expel them and destroy the villages themselves.” 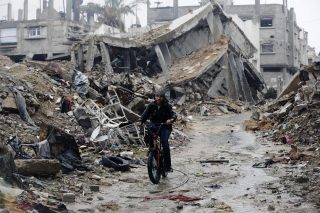 “‘During the whole day I walked about the streets…I saw soldiers, civilians, military police, battalion police, looting, robbing, while breaking through doors and walls…’”

Even the Daily Mail, of all places, reported that Israel, “a country born in bloodshed, has become the leader in assassinations.” Taking its cues from Ronen Bergman’s Rise and Kill First: The Secret History of Israel’s Targeted Assassinations, the Daily Mail continues to say:

“Then they waited. Five hours later, news came. Fatkhi had wasted no time. He had gone straight to a police station and accused Mossad of trying to brainwash him. The operation was an abject failure.”[4] 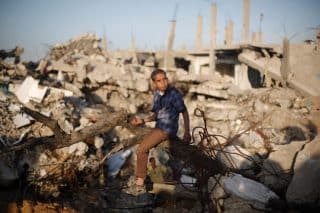 Jewish writers Dan Raviv and Yossi Melman try very hard not to say that the Mossad acts like terrorists, but there is an actual team from within the Mossad called Kiddon that practiced not only covert operations but the assassination of perceived enemies.[5] Most of the assassinations are approved by the prime minister. A classic example would be the strategic plan to assassinate the late Yasser Arafat.[6]

Shrimpton has to ignore all the historical background to say: “Well done the IDF! You always know when the Good Guys are winning.” Then he moves on to marshal an essentially diabolical, imperial, and racist statement: “The time for a ceasefire will come when all of Israel’s perfectly proper military objectives have been met.” So is Israel the only nation in the world whose “perfectly proper military objectives” should be met? Are they the only ones who ought to have a say in the Middle East? If Shrimpton cannot see that this is simply ridiculous, then we cannot help him.

Without a single evidence or back up (that’s typical of him), Shrimpton declares: “The conflict was started by Hamas, backed by Egypt and the half-crazed ayatollahs, if that is not a tautology with respect, in Iran.” Back a few years ago, I went to great pain reading much of Shrimpton’s book to see if he has any evidence for the extraordinary statements he relentlessly propounds, and it was a complete disappointment.