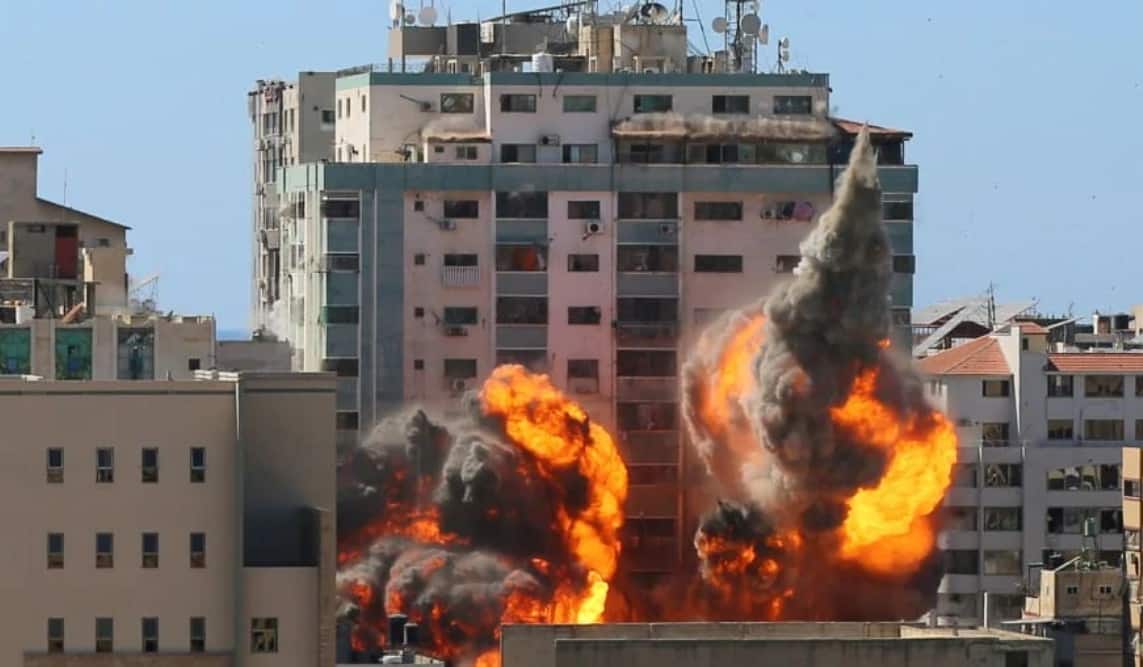 Daily Beast: Israeli officials insisted on Sunday that the U.S. government had seen—and accepted—evidence showing that Hamas had a presence inside the Gaza media building destroyed in an Israeli airstrike last week.

BREAKING: U.S. Secretary of State Antony Blinken says he has not seen any Israeli evidence of Hamas operating in a Gaza office building that Israel destroyed in an airstrike. The building housed The Associated Press, broadcaster Al-Jazeera and other media. https://t.co/DhZAWf23ID

But that claim is now in doubt after U.S. Secretary of State Antony Blinken said he had seen no such evidence. Israel has justified the strike, which obliterated the Gaza offices of the Associated Press and Al Jazeera, by saying that the tower block was being also used as a base by Hamas intelligence officers.

On Sunday, an unnamed Israeli diplomatic source said to the Jerusalem Post: “We showed [the U.S.] the smoking gun proving Hamas worked out of that building… I understand they found the explanation satisfactory.”

#UPDATE US Secretary of State Antony Blinken on Monday urged Israel and Palestinians to "protect civilians, especially children", reiterating that Israel "as a democracy has an extra burden" to do so pic.twitter.com/jULtJOWQzK

Asked about the claim at a news conference in Denmark on Monday, Blinken responded: “I have not seen any information provided.” Blinken’s comment came after the top AP editor, Sally Buzbee, called for an independent investigation into the airstrike.

Israeli officials insisted that the U.S. government had seen evidence showing that Hamas had a presence inside the Gaza media building destroyed in an airstrike. But that claim is now in doubt after Antony Blinken said he had seen no such evidence. https://t.co/irEHgXpt2W