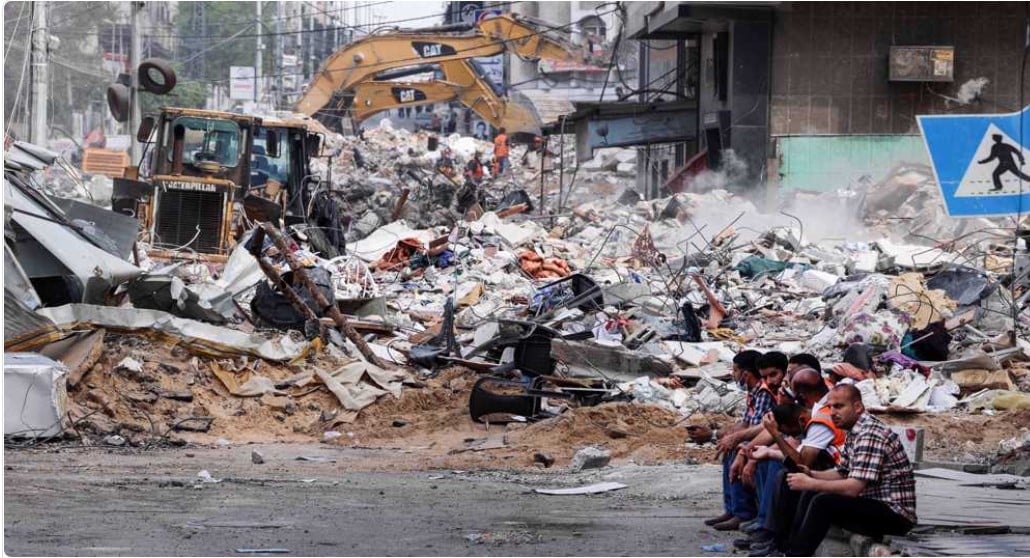 “Israel has a long history of disproportionate reprisals against its targets,” said Dr. Dennis Etler, a former professor of Anthropology at Cabrillo College in Aptos, California, in an interview with Press TV on Monday.

“Like the Nazis who leveled the Czech village of Lidice, murdering its men and sending its women and children to concentration camps in retaliation for the assassination of acting Reichsprotektor of the Nazi Protectorate of Bohemia and Moravia Reinhard Heydrich by resistance fighters, Israel has no qualms in meting out collective punishment, and the United States has no hesitancy in supporting it,” he continued.

Further slamming the persisting US backing of the Israeli regime’s atrocities in occupied Palestinian territories, Etler pointed to the Biden administration’s move to block a UNSC meeting on the Gaza crisis “despite the deepening level of bloodshed, giving Israel more time to mount an offensive” and described Washington as the Israeli regime’s “diplomatic shield at the UN.”

However, it was eventually agreed that the Council’s session — requested by China, Tunisia and Norway, on Friday – would convene on Sunday.

Chinese Foreign Ministry spokeswoman Hua Chunying also slammed US obstruction of the UNSC session on Friday by saying that Washington was “standing on the opposite side of the international community” and had single-handedly blocked the Security Council from speaking out on the situation in the Israeli-occupied territories and blockaded Gaza Strip.

“The US should realize that the lives of Palestinian Muslims are equally precious,” she added.

Moreover, following the UNSC’s emergency meeting on Sunday, China’s Foreign Minister Wang Yi also blasted the US for choking any criticism of the Israeli regime’s barbarity against the Palestinians at the Security Council, saying, “Regrettably, simply because of the obstruction of one country, the Security Council hasn’t been able to speak with one voice.”

Iran’s UN Ambassador Majid Takht-Ravanchi also spoke at the virtual UNSC meeting, blasting the Tel Aviv regime for being simultaneously engaged in genocide, war crimes, crimes against humanity, and the crime of aggression against the Palestinians thanks to the Security Council’s mum on the savagery.

Takht-Ravanchi also cited Washington’s patronage for the brutal regime as a key factor behind its sustained avoidance of accountability for the atrocities on the international arena.

The US has been “systematically” shielding the regime against international condemnation, whether under the Democrats or the Republicans, he said, citing Washington’s blocking of 44 anti-Israeli draft resolutions during the UNSC’s history.

The current US administration is similarly trying to protect the Israeli regime, and has even prevented the Council from issuing a simple press release urging the cessation of its bombardment of the Gaza Strip, he emphasized.

Speaking at the UNSC’s emergency session, Palestinian Foreign Minister Riyad al-Maliki also condemned Israeli “war crimes” against the Palestinian people, calling for international pressure on the regime to end its war of aggression.

“Israel is persecuting our people, committing war crimes and crimes against humanity. Some may not want to use these words, but they know they are true,” he added. “Israel is unapologetic and relentless in pursuing its colonial policies. We are therefore left with two questions.”

He also described Israel as an “apartheid” regime, demanding that the UNSC should “act now to end the aggression. Act now so freedom can prevail — not apartheid.”

Etler also noted during his interview that Israeli regime’s illegal eviction of Palestinian families from their homes – where they’ve lived for generations – was intended “to judaize the occupied East Jerusalem” (al-Quds) but instead “led to an upsurge in resistance by the Palestinian nation to Zionist oppression.”

“In response, Israel unleashed the full fury of its Police State to quell the uprising, brutally suppressing it during the Islamic calendar’s holiest days,” he further emphasized. “As a consequence of its barbaric actions and in defense of the Palestinian people, missile attacks from the Gaza Strip were launched against Israel.”

“The disproportionate nature of Israeli reprisals against these attacks have decimated the Gaza Strip,” Etler underlined, adding that the massive bombardments have leveled “entire blocks of apartments … killing and injuring hundreds of people, including scores of women and children.”

He also pointed out that “Israel’s tactics of wholesale destruction in retaliation for the missile attacks contravene customary international humanitarian law (IHL) as promulgated by the Oxford Manual on The Laws of War on Land (1880).”

Etler finally took note that many national codes of military conduct also make clear that “a reprisal must be in proportion to the original violation’ and “effective but disproportionate acts cannot be justified as reprisals on the basis that only an excessive response will forestall further violations.”

Since last Monday, as many as 197 Palestinians, including 58 children and 34 women, have died during a significant escalation in the Israeli military’s attacks against Gaza, according to Gaza’s health ministry. More than 1,200 others have also been injured in the onslaught so far.

The Israeli regime’s Prime Minister Benjamin Netanyahu has, however, insisted that Tel Aviv’s bombings against Gaza would continue “with full force.”

“We are acting now, for as long as necessary,” he said, claiming that the aggression was necessary “to restore calm” and “will take time” to cease.