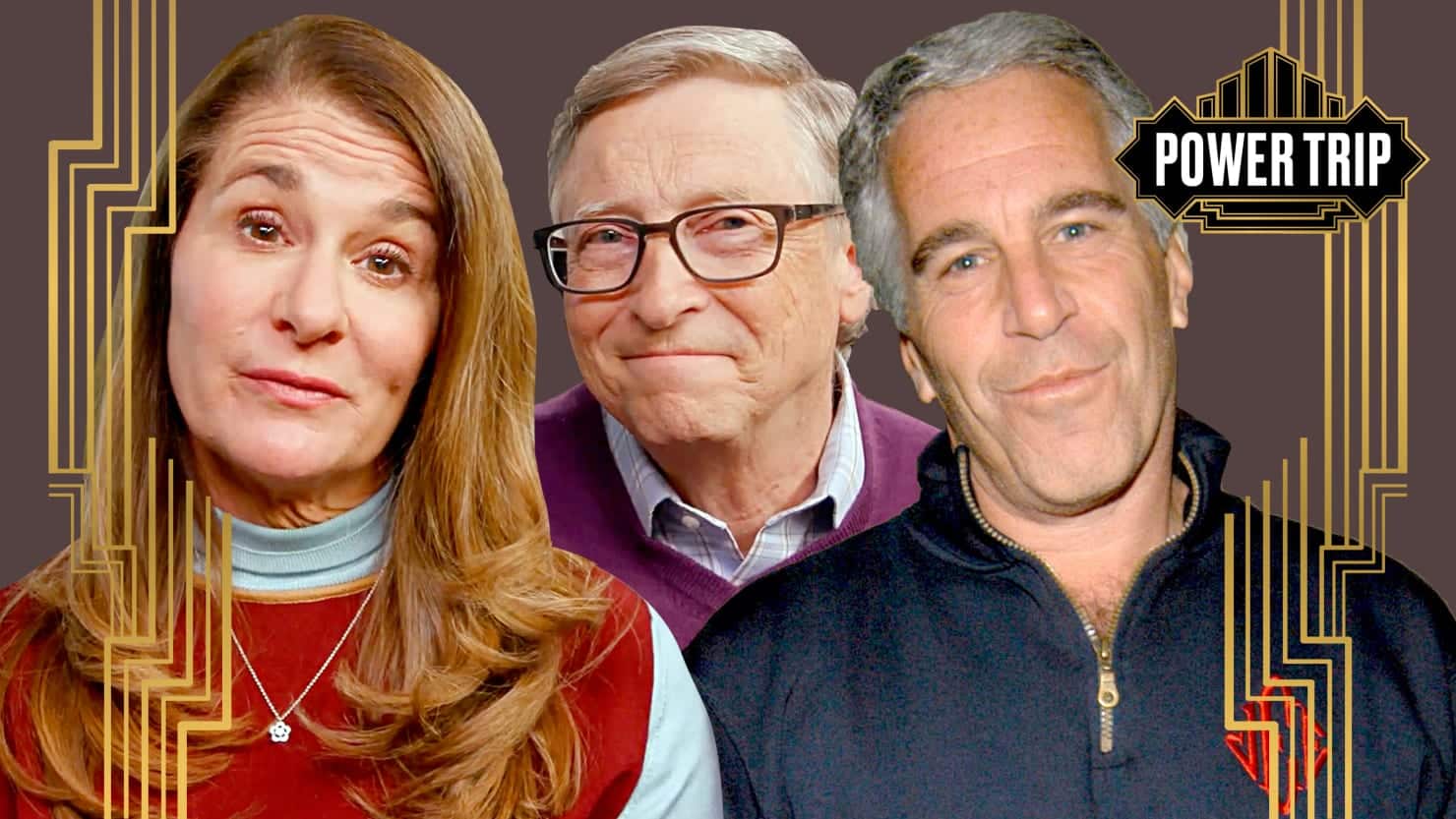 You simply cannot make this stuff up. Jeffrey Epstein, the noted rapist who had enough files on virtually any oligarchic gangster and the criminal underworld, was essentially Bill Gates’ sex therapist. Listen to this:

“Bachelor sex-offender Jeffrey Epstein gave Bill Gates advice on ending his marriage with Melinda after the Microsoft co-founder complained about her during a series of meetings at the money manager’s mansion.

“Gates used the gatherings at Epstein’s $77 million New York townhouse as an escape from what he told Epstein was a ‘toxic’ marriage, a topic both men found humorous.

“The billionaire met Epstein dozens of times starting in 2011 and continuing through to 2014 mostly at the financier’s Manhattan home—a substantially higher number than has been previously reported. Their conversations took place years before Bill and Melinda Gates announced this month that they were splitting up.

“Gates, in turn, encouraged Epstein to rehabilitate his image in the media following his 2008 guilty plea for soliciting a minor for prostitution, and discussed Epstein becoming involved with the Bill and Melinda Gates Foundation.

“The people familiar with the matter said Gates found freedom in Epstein’s lair, where he met a rotating cast of bold-faced names and discussed worldly issues in between rounds of jokes and gossip—a “men’s club” atmosphere that irritated Melinda.”[1]

One person who attended several of those meetings declared: “[It’s] not an overstatement. Going to Jeffrey’s was a respite from his marriage. It was a way of getting away from Melinda.”[2] Epstein and Gates, the person continued, “were very close.”[3]

Epstein probably taught Gates how to prey on women, as Gates himself was caught doing exactly that. The New York Times itself declared: “On at least a few occasions, Mr. Gates pursued women who worked for him at Microsoft and the Bill and Melinda Gates Foundation.”[4]

Three years after Epstein was “pleaded to soliciting prostitution from a minor,” Gates began an obsessive friendship with him, something which made Malinda Gates furious. “A former Gates Foundation employee told The Daily Beast that Gates wanted to get in the good graces of some of Epstein’s professional connections.”[5] As such, Gates thought that Epstein was his one-way ticket to get a Nobel Prize![6]

This is the man who pretentiously tells the entire world that he is involved in philanthropic enterprise and has no perfidious motives. This is the man who is behind GMO and who declared unequivocally that he wanted to depopulate the world way back in 2010. Here is what Gates explicitly said during a TED Talk:

“First, we’ve got population. The world today has 6.8 billion people. That’s headed up to about nine billion. Now, if we do a really great job on new vaccines, health care, reproductive health services, we could lower that by, perhaps, 10 or 15 percent. But there, we see an increase of about 1.3.”

No matter how you slice this, this is not a misrepresentation if someone concludes that Bill Gates has a diabolical plan. And now he is telling us that he is helping the world via vaccine? Which is it, Bill? No one should allow this man to be involved in vaccination projects whatsoever.