[ Editor’s Note: I had this topic on my list to write about but hesitated to see if a good NEO would get published, and here it is from Rafi Sheikh. We try not to replow geopolitical ground that has already been well covered.

But VT has published that US military advisers had warned the Saudis early on that, despite US and other Western countries providing technical assistance, sending the Saudi Army into combat could be its Vietnam.

Why? It was simply because it was a paycheck parade army, wearing a uniform for a steady paycheck and doing as little work as possible, because in the Saudi culture, workers have always been viewed as ‘slaves’, the bottom of their caste system.

Their infantry combat skills were useless, and the Houthis, fighting to protect their land, would relish going hand to hand with them. After all the civilian target bombing by the Saudis, I would have hated to have successfully bailed out and been captured by the abused Houthis.

When the Princes figured out they had no real ground combat capability, they tried to cover their butts through ruthlessness via the food and medical aid blockades, plus not even letting seriously wounded Yemenis be extricated for foreign medical care.

If the Saudis could not kill Yemeni soldiers they would kill Yemeni civilians, including starving its children, staining the hands of the US who really never lifted a finger to make them stop. The US already had a track record for starving civilians out in Syria, which continues under Biden today.

As for ground fighters, the Saudi Royals used third world ragtag mercenaries as disposable cannon fodder troops. Some of them were even hijacked, suckered via bait and switch ads offering security guard jobs at a dream wage, and then found themselves being throw into the Yemen meatgrinder.

Once they saw what the game was, they surrendered whenever possible, with no retaliation taken against them, as it was good business for Yemen to show they were well treated and wanted to swap them for their own soldiers.

No Israelis died fighting for Yemen. Westerners limited their involvement to making money selling weapons and tech support and giving some of their rear area troops ring side seats as advisers to watch the show.

So yes, the Saudis are in secret talks with Iran after pissing away $100 billion in Yemen, not counting the reparations they should have to pay. Saudi oil workers will be safe from Yemen drone attacks.

Yemen’s reconstruction financial void will be filled probably from Iran. Expect to see it move in quickly, and possibly China with some naval power to protect the Yemenis from being pushed around with sanctions and blockades… Jim W. Dean ] 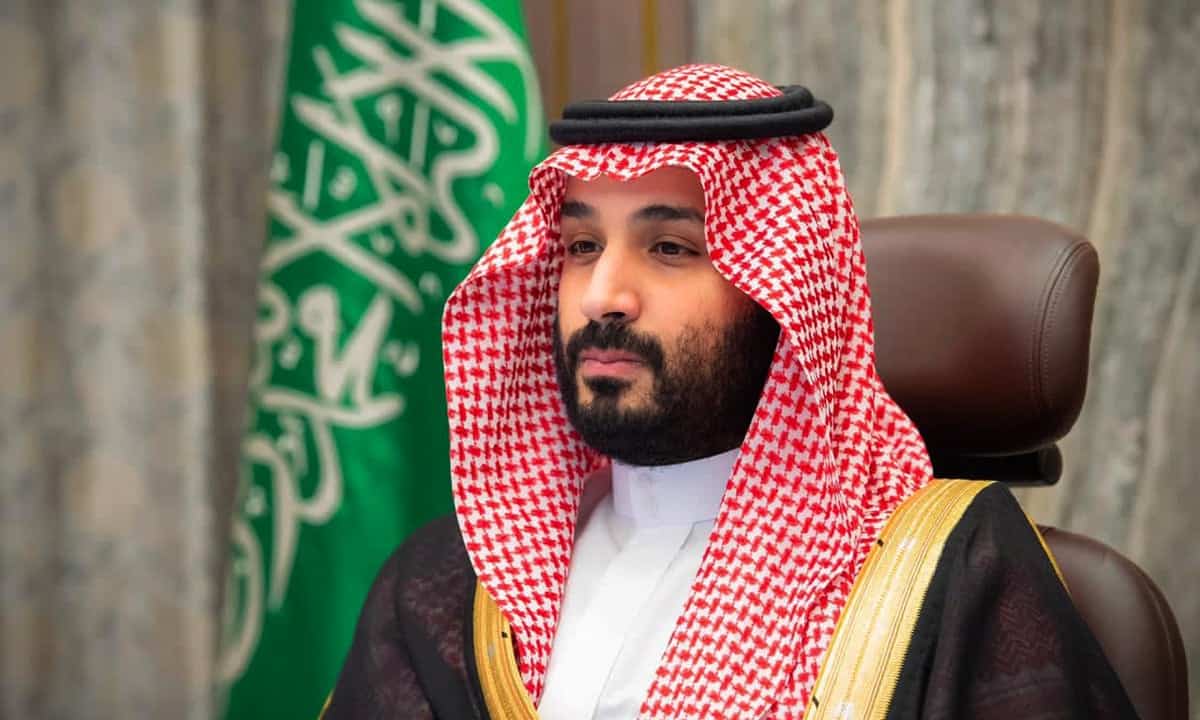 In May 2017, when Saudia’s crown prince Mohammad bin Salman (MBS) was asked about prospects of direct talks with Iran, he rejected any possibility of such a venture. Back then MBS was politically strong, he was a lot more acceptable in the West, especially the US, and he could, at least in his own calculation, have his cake and eat it too vis-à-vis Iran.

As such, back then MBS was more than ready to confront Iran through all possible means. “We are a primary target for the Iranian regime,” MBS said in a television interview in 2017, arguing that Iran’s revolutionary ideology made negotiating with its leaders impossible. “We won’t wait for the battle to be in Saudi Arabia. Instead, we’ll work so that the battle is for them in Iran.”

In 2021, MBS is a lot more pliable and ‘pragmatic’ than was the case few years ago. He is not only willing to talk to Iran, but also sees it vital for stability in the region. “We have Saudi interests in Iran, and they have Iranian interests in Saudi Arabia, which are to drive prosperity and growth in the region and the entire world,” he said in an interview broadcast last week on Saudi state television. What explains this change?

Some fundamental changes have taken place. The CIA has implicated MBS in the murder of Jamal Khashoggi; MBS’s main allies in the US, Trump and Jared Kushner, have failed to secure a second term, and the Biden administration, having first tried – and failed — to use Trump’s “maximum strategy” to force Iran into a new nuclear deal, has started negotiations with Iran to revive the JCPOA to ensure US participation and full compliance by both sides.

On top of it is the fact that the Biden administration is more focused on China and Russia in Asia and the Pacific than on the Middle East, a region the US is trying to disengage with a view to relocating its resources to the ‘real battle’ that is to be fought elsewhere.

The Middle East, including Saudia, is therefore losing its traditional security umbrella that would previously protect it from external threats, especially from Iran; hence, the logic of talks.

While Israel continues to confront Iran’s so-called “nuclear ambitions”, and the Saudis might be secret admirers of Israeli’s cyber attacks on Iranian nuclear facilities, the Saudis also know that such attacks, and even the murder of a top Iranian scientist, have not been able to either force Iran into submission, let alone prevent the Biden administration from restarting negotiations with Iran to re-entre the JCPOA.

This is besides the fact the US’ Israel backed attempts to force Iran to roll-back its presence in Syria, too, has largely failed. Iran, even with its meagre economic resources continues to stand strong, and is quite likely to see its economic fortunes changing with the arrival of Chinese investments estimated to be around US$500 billion.

Within the Middle East even, Saudi doesn’t have many allies willing to accept the Kingdom as the ringleader against Iran. Whereas the UAE has been pursuing its largely ‘independent’ policies and has been able to solidify its relations with Israel, and is likely to receive F-35 jets as well, its involvement in Yemen, too, has receded, leaving the Saudi led ‘Arab coalition’ in shatters.

The Saudi-led Islamic Military Counter Terrorism Coalition, the so-called ‘Arab NATO’, consisting of about 40 nations, is nowhere to be seen as an effective Saudi power-base within the Muslim world. The Biden administration, too, has significantly scaled back the US support for Saudia’s war in Yemen.

The changing Middle East, therefore, has little to no space for a Saudi hegemon, making Saudi Arabia to pursue policies that were previously hard to imagine in Riyadh.

The Saudis, flattened by the receding support from their allies, now find it more useful to engage with Iran to end the war in Yemen, which has not only taken a very heavy toll on Saudi finances costing it over US$100 billion, but the Houthis have been able to bring the war within Saudi territories as well.

Not only have the Houthi leaders been able to carry out a number of attacks by ballistic missiles and drones on Saudi Arabia proper, but Saudi Arabia’s own aerial strikes and massive bombing campaigns, too, have become an internationally recognised example of non-discriminating and ineffective bombing.

Therefore, having failed to subdue Iran through a long and direct collaboration with the US and Israel, and having failed to defeat Iran-backed Houthis in Yemen, the Saudis, with support from the US no longer available, have little to no other options but to pursue an alternative strategy vis-à-vis its ideological rival.

Saudia’s attempts to achieve a certain degree of rapprochement with Iran is, therefore, not merely an outcome of the changes that are taking place in the Middle East due to the US’ progressive disengagement; they are more an outcome of Saudia’s own political, economic and military exhaustion that the war has caused.

The Saudis, in simple words, are no longer in a position to stick to their version of “maximum pressure” on Iran. They are logically more inclined to “maximum talks” to resolve what has become a real quagmire in Yemen.

The Saudis have learnt a lesson that the US took 20 years to learn in Afghanistan i.e., what you can achieve through negotiations cannot be achieved through military means, especially when the opposing party is not simply a jihadi militia, but an organic armed movement with roots in the country itself.