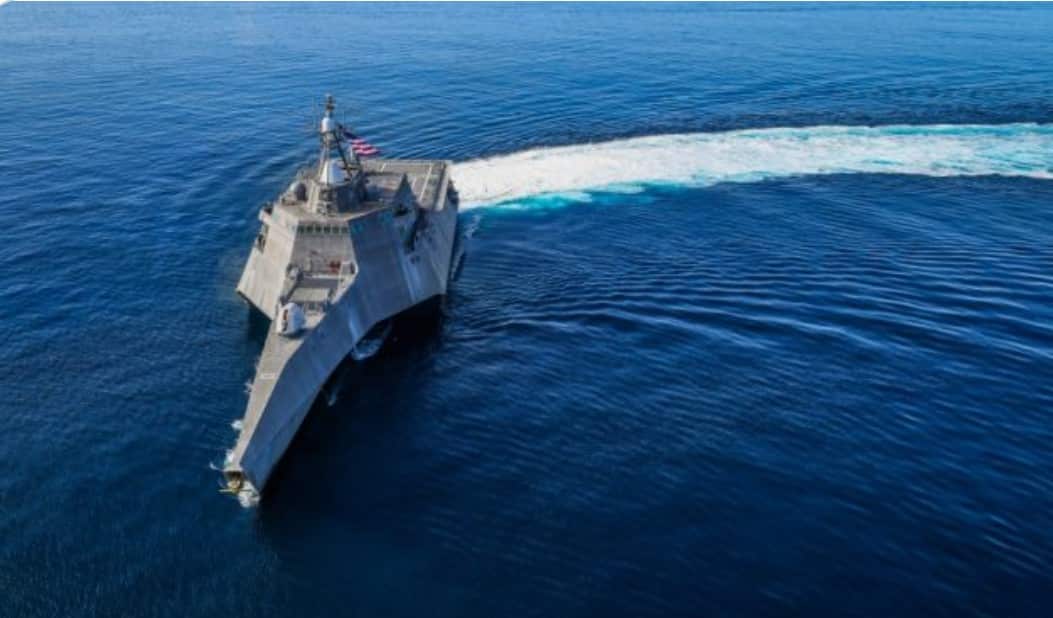 USS ‘Freedom’ and ‘Independence’ are among four littoral combat ships (LCS) the US Navy wants to mothball so it can free up funds for improvements elsewhere. First they have to convince a former officer now in Congress, though.

USS ‘Independence’ (LCS-2) will be decommissioned on July 31, while the ‘Freedom’ (LCS-1) will join the reserve fleet at the end of September, Navy spokeswoman Commander Nicole Schwegman confirmed to the US Naval Institute (USNI) on Monday. The follow-on ships in both classes, ‘Fort Worth’ and ‘Coronado’, are likewise supposed to be retired sometime this year.

Chief of Naval Operations Admiral Mike Gilday has argued that the four ships would require about $2.5 billion in improvements if they are to remain combat-ready, and that he would rather spend those funds on new frigates instead.

There’s only one problem: Congresswoman Elaine Luria (D-Virginia), who served in the Navy for 20 years and retired in 2017 with the rank of commander to run for Congress. Luria is now the vice-chair of the House Armed Services Committee, and recently told USNI she would not support the plan to retire the four ships.

“I do not agree with divesting of resources and assets that we have today that are desperately needed in order to deal with the issue we have with China, with Russia, and just around the world,” she said.

Mothballing the four ships is part of a drastic reorganization plan by the Navy – as well as the Marine Corps – to shift away from legacy systems in favor of new, leaner, AI- and drone-heavy ones. Luria, however, says that getting rid of “current platforms that still have usable service life in order to invest in something that we might develop the technology for in the future… just makes absolutely no sense,” especially given the Navy’s “poor track record” with developing new platforms.

The LCS are a case in point. Originally pitched as a cheaper and more nimble replacement for frigates, the ships ended up being another boondoggle like the notorious F-35. The initial 52-ship order was scaled back to 32, as both classes of LCS were found to be under-armored, undergunned, and “not expected to be survivable” in a “hostile combat environment,” according to a 2013 Pentagon report. There were rumors about the entire experiment getting scrapped as early as 2014.

By 2017, the Navy was on a mission to “find frigates” – having just scrapped the last of the Oliver Hazard Perry-class ships in 2015. The $795 million contract to build a new Constellation-class guided missile frigate – with an option for nine more ships after that – was given last year to Fincantieri Marinette Marine (FMM), a Wisconsin-based company.

This is the same FMM that’s behind the Freedom-class LCS – together with Lockheed Martin of F-35 infamy. The third in that class, USS ‘Milwaukee’ (LCS-5) famously broke down in December 2015, less than three weeks after commissioning, and had to be towed to port to repair its jammed propulsion system.

The Independence-class trimarans – designed and built by the Alabama subsidiary of the Australian shipbuilding conglomerate Austal – famously began disintegrating in contact with saltwater within a year of launch.

By 2017, the Navy was on a mission to “find frigates” – having just scrapped the last of the Oliver Hazard Perry-class ships in 2015. The $795 million contract to build a new Constellation-class guided missile frigate – with an option for nine more ships after that – was given last year to Fincantieri Marinette Marine (FMM), a Wisconsin-based company.

The ‘Freedom’ was commissioned in 2008, and the ‘Independence’ in 2010. Both were supposed to have a service life of at least 25 years. Rep. Luria argues that they can still perform some kind of mission, pointing to the recent successful deployment of the ‘Freedom’ off the coast of South America for anti-drug operations.