by Vladimir Odintsov, …with New Eastern Outlook, Moscow, …and the Institute of Oriental Studies of the Russian Academy of Sciences, a research institution for the study of the countries and cultures of Asia and North Africa.

[ Editor’s Note: Mr. Odintsov has very interesting article below. The Russians, NEO especially, have excellent geopolitical writing talent due to their coming through a Russian educational system where grades were not handed out to make students feel good.

They are either earned or they aren’t. And if you fall into the later category it is tough doo doo time and a call for “next”! The term ‘social promotions’ does not translate well into Russian.

Unlike so many of the lazy internet opinion writers, the NEO Russians want to show they have done their historical homework as the basis of their ‘opinions’. There is a matter of personal pride involved, which helps me as an editor to cherry pick the better material for our readers, out of my respect for their time.

You will not get the information below from a typical US reporter, as they would fear appearing ‘too Russian’. But that is stupid on their part. It is Mr. Putin’s job to be “too Russian”, as it is Mr. Biden to be Mr. America, which is a big step up from our recent presidential imposter.

I read into Putin’s manuvering to use a Yalta setting for the historic great symbolism it holds, through its historical WWII ending conference that did avoided their tripping into a new war among the Allies. Everyone there had suffered huge losses in men and material that the US had not.

WWII saved Roosevelt from a failed New Deal. I attended and videod a David Irving talk in Atlanta where he had a copy of a ‘blue’ telegram (highest security classification) from Roosevelt and Churchill about their phone call where Winston wanted the US demands on Japan cranked up so they would be impossible for Japan to accept. Roosevelt did so.

Japan’s only potential success would have been to launch a premptive strike to take over the Pacific and control the critical natural resources it would need to have any chance of winning a war with the US.

Odintsov points out below the contrast of the cool team approach at WWII Yalta, and Biden’s throwing Putin a curve ball by offering a major summit and then sucker punchin him with sanctions, making it harder to trust Biden in the future, a major flub by Biden, coming after the Putin ‘the killer’ fumble.

The sanctions sucker punch on Putin took Biden away from getting the brass ring rather than closer to it. And as a ‘wise old man’ he was expected to play his cards better. Whether this was a mistake on his part or due to staff pressure and Sec. of State Blinken, I have no idea.

That effort, the kindest I can give it is a C+ to B- grade, when an A is needed for success. And lastly Biden could be choosing to use Putin as a foil, to play the big bad wolf bogeyman game on the American people once again. We have ‘been there and done that’.

Dear Mr. President, we are old guys, too. You need to up your game to get the great statesman legacy you seem to be reaching out for. But that said, you did a fabulous job on fixing the past Pretender-in-Chief’s vaccine debacle. VT thanks you… Jim W. Dean ] 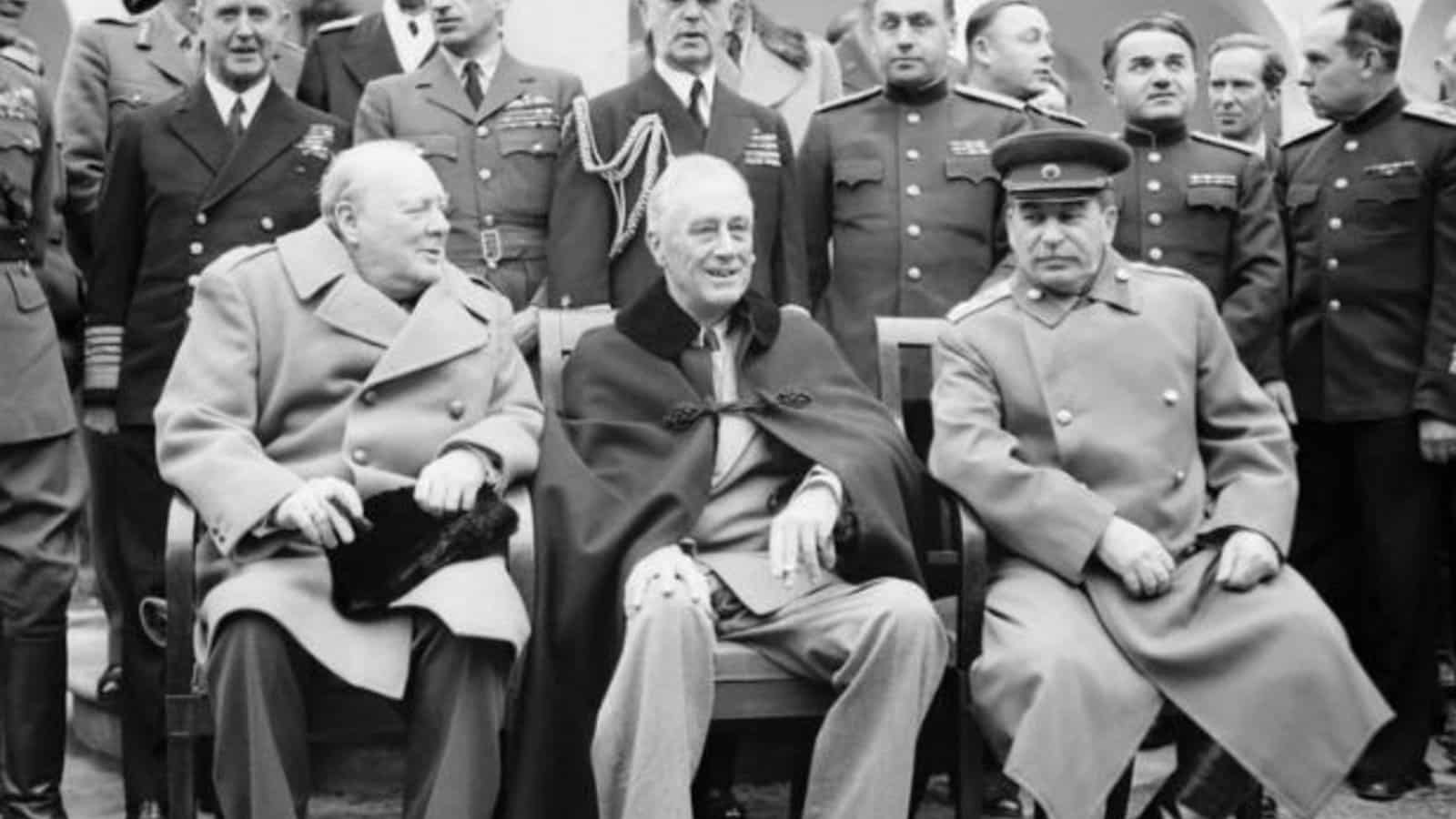 Even though Joe Biden did cross the “red line” and defied basic decency by calling Russia’s president Vladimir Putin a “soulless killer” in his March interview, where he threatened Russia with a number of hostile steps, less than a week later Putin offered his American counterpart to hold direct televised talks on air.

“I want to invite President Biden to continue our discussions, but on the condition that we actually do it live, online, but without any delay, and in an open direct discussion,” the Russian president said.

After months of deliberation, Joe Biden rejected Putin’s request for “live public conversation”, instead he suggested in a telephone conversation with Putin to hold a personal meeting to discuss the differences that exist between the two countries.

At the same time, in its statement about the essence of the telephone conversation with Vladimir Putin that was initiated by Biden, the White House, persisted in threatening and edifying Russia, thus putting on display the overtly aggressive US position towards Moscow.

However, one can’t help but wonder whether or not this stance can be described as appropriate, since it was the American president that proposed to hold a personal meeting?

Meanwhile, Biden’s proposal for a personal meeting with the Russian president is clearly an attempt to somehow whitewash the outright failures of the policies that Washington has been pursuing in recent months. Those failures may negatively affect not only the image of the sitting Biden administration, but also the US positions in the world.

The Biden administration’s desire to link the idea of the summit with the ongoing escalation of the conflict in Donbass is apparent, as this bloody civil war was staged and continues to be supported by the United States. Last April, according to Ukrainian media sources, Kyiv received yet another shipment of aid for its armed forces from the United States, with its estimated worth reaching 7.8 million dollars.

According to the acting assistant secretary of state in the bureau of European and Eurasian affairs, Philip Ricker the question of new arms supplies to Ukraine is still a matter of consideration. This was stated during the recent visit of US secretary of state Anthony Blinken to Kyiv.

At the same time, Ricker noted that the United States provides Ukraine with both significant lethal and non-lethal assistance and that this assistance is a matter of regular interactions between the US embassy and those who regularly contact Ukrainian officials.

Although Ricker didn’t confirm the plans for new US arms supplies to Ukraine, he nevertheless recalled that the US Congress allocated 408 million dollars in 2021 to provide assistance to Ukraine “in the field of security.”

At the same time, the Ukrainian defense ministry acknowledged that since the beginning of the civil war in the east of the country in 2014, Ukraine has already received more than 2 billion dollars worth of “assistance” from the United States.

Biden fears an even greater degradation of the situation around Donbass, as the United States has neither the desire nor the stomach to fight on the side of Ukraine.

Therefore, the continuation of the war in Donbass, meaningless for Kyiv and its sponsors across the ocean, could lead to disastrous consequences for Ukraine, which in turn would be cast a strong blow to American prestige across the globe, and Biden seeks ways to avoid that development.

In addition, Biden is fully aware of the US inability to deal with the latest Russian weapons, hence one of his first desires is to discuss Washington’s exit from the conflict that it created in Donbass without the US losing face.

It’s not clear where the proposed meeting between Biden and Putin is going to take place. A number of countries are being mentioned, but choosing one will be a very difficult task, notes Politico. The possible timing of the meeting has become more clear in recent days: as Biden is going to attend the G7 summit from June 11 to 13 in the UK, and on the next day after its closure he’s expected in Brussels at a NATO meeting.

Somewhere around that time, the White House administration expects to schedule a meeting with the Russian president. That is, the Russian-American summit is not specially prepared, but is planned to be held “inter alia”, so as not to bother the American president with “unnecessary trips”.

It seems that the only ones who are engage in special preparations are the prompters that will enable Biden to voice yet another volley of Russophobic remarks of the ruling political elite of the United States.

Die Zeit has recently dissected the logics behind such a tactics, while calling it “the third approach” to dialog with Moscow. The publication notes that first Biden offers Russia to talk, and then introduce tough sanctions. It would seem that he leans towards detente, and then, a moment later, he aggravates the situation. It seems that he does not need a “reset”, but he is not interested in an open conflict. So is such a meeting necessary then?

In one of his recent speeches, Biden did mention the long history of rivalry between the two countries, yet he noted that both Washington and Moscow would find opportunities to manage tensions and protect relations from complete degradation that could render those tensions uncontrollable.

And that is true. In this regard, it is necessary to recall the sixth American president – John Quincy Adams, who in 1809-1814 was the US ambassador to Russia where he managed to establish good personal relations with the Russian Emperor Alexander I and the political elite of Russia.

Adams actively contributed to the development and strengthening of bilateral relations between the two states. In recent history, joint efforts during the Cuban Missile Crisis of 1962 and the visit of US President Richard Nixon to Moscow in 1972 have become a perfect example of how bilateral and global problems are to be resolved, against the backdrop of the problems that arose due Washington’s decision to abandon the Bretton Woods system, that resulted in the decoupling of the value of the dollar from gold.

In the era of the energy crisis that followed this step, Gerald Ford would meet Leonid Brezhnev in Vladivostok in October of 1974 to discuss the possibilities of nuclear restrictions.

It is also impossible to ignore the Yalta Conference held in February 1945, which was not just a meeting of the leaders of Great Britain, the USSR, and the United States during the Second World War. It has ensured peace for many decades and provided the crucial foundation for building a system of international relations based on universal respect to each country.

Therefore, against the background of the current situation on the world stage, where we witness regular violations of international law, there’s a dire need to resolve a great many of both political and economic problems in a number of regions of the world.

Moscow has repeatedly called for the convening of the new Yalta Conference. Vladimir Putin, speaking at the Holocaust Memorial Forum in Jerusalem in 2020, proposed to convene the Yalta-2 summit with the participation of Russia, the United States, China, France and the United Kingdom.

So why wouldn’t the US and Russian presidents take advantage of the situation and hold their meeting in Yalta, which would have the same historical and international significance as the legendary Yalta summit?