Home WarZone Will Israel burn? Will it be blown back to the Middle Ages? 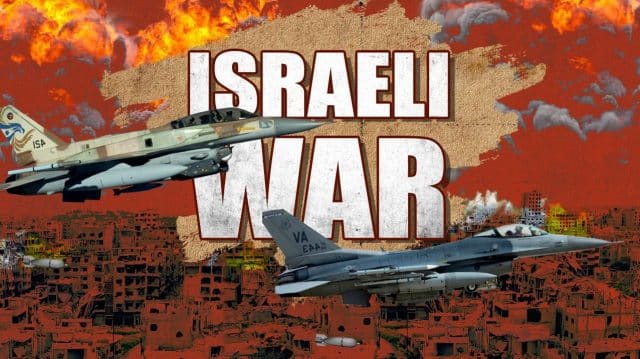 No, we are in no way suggesting that Israel should burn. This is play on Israeli Defense Minister Benny Gantz, who declared unequivocally that “Gaza will burn,” as Israel’s military was planning to essentially carpet bomb key areas in the region.

Who’s the boogeyman this time? Hamas, of course. “Hamas leaders bear responsibility for your being hunkered down in your homes,”[1] said Gantz. “If citizens of Israel have to sleep in shelters, then Gaza will burn.”[2]

This shouldn’t be a surprise at all. Gilad Sharon, son of former Israeli Prime Minister Ariel Sharon, declared back in 2012:

“We need to flatten entire neighborhoods in Gaza. Flatten all of Gaza…There should be no electricity in Gaza, no gasoline or moving vehicles, nothing. Then they’d really call for a ceasefire. Were this to happen, the images from Gaza might be unpleasant – but victory would be swift, and the lives of our soldiers and civilians spared.”[3]

Israeli deputy prime minister Eli Yishai once said: “We must blow Gaza back to the Middle Ages destroying all the infrastructure including roads and water.”

This has been going on since the beginning of time.  Like Israeli historian Benny Morris, who declared that that a “Jewish state would have come into being”  without wiping out the Palestinians, Jewish historian Avi Shlaim of Oxford University (emeritus) writes in his study The Iron Wall: Israel and the Arab World that Israeli soldiers committed crimes from the very foundation of Israel:

“From time to time the soldiers who [razed Arab villages] committed atrocities, among them gang rape, murder, and, one occasion, the dumping of 120 suspected infiltrators in the Arava desert without water. The atrocities were committed not in the heat of battle but for the most part against innocent civilians, including women and children…

“Soldiers in an army that still prided itself on the precept of ‘the purity of arms’ showed growing disregard for human lives and carried out some barbaric acts that can only be described as war crimes.”[4] 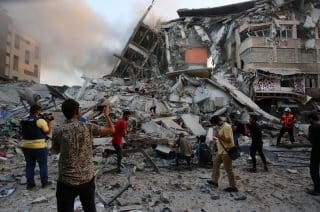 “The magnitude of the harm to the population was unprecedented: 1,385 Palestinians were killed, 762 of whom did not take part in the hostilities. Of these, 318 were minors under age 18. More than 5,300 Palestinians were wounded, of them over 350 seriously so.”

It must be stress again and again at this juncture that Israel needs to learn a lesson; Israel must be defeated once and for all. Only then will it use the civilized world.