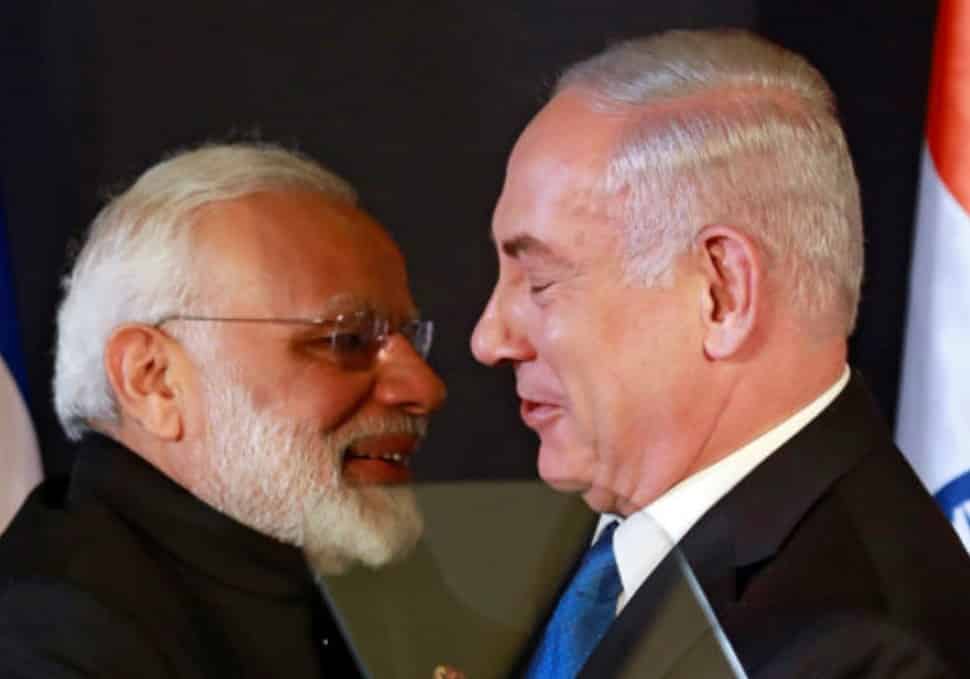 Repeating scenario of the war of 2014 in its worst form, since May10, this year,  Israeli airstrikes and ground shelling have martyred more than 200 Palestinians, including 50 children and 60 women, while injuring more than 1500  innocent civilians in Gaza in particular and the West Bank in general. Entire families in Gaza enclave are sleeping on one bed at night, so that if they are struck by the Israeli air raids, they all die.

Unmatched with Israeli heavy and modern weapons, freedom fighters of Hamas and the Islamic Jihad group Abu Ubaida had no option except firing rockets inside Israel.

Israeli Prime Minister Benjamin Netanyahu had stated: “Israel will respond very forcefully. We will not tolerate attacks on our territory…Whoever strikes us will pay a heavy price.”

Very tensions have been running high since dozens of Jewish settlers marched to the Sheikh Jarrah neighbourhood and watched as Israeli forces assaulted Palestinian residents and protesters.

According to Israel’s Channel 12, “Israeli Prime Minister Benjamin Netanyahu has been waging two wars…Opposition lawmakers acknowledged that the prospects of a non-Netanyahu government still being formed were remote. Instead, Israel was likely to hold yet another general election…the Netanyahu era was coming to an end, with Naftali Bennett, a right-wing lawmaker Bennett poised to lead Israel. Netanyahu, who has led Israel for 12 straight years and is standing trial on multiple corruption charges…But he now appears to have neutralized the political threat, thanks in part to the escalation with the Palestinians.”

Meanwhile, in an emergency meeting of the foreign ministers, recently held by the OIC, called for an immediate halt to what it described as Israel’s barbaric attacks on Gaza. Pakistan’s Foreign Minister Minister Shah Mahmood Qureshi condemned Israel for its tyrannical measures.

UN Secretary-General Antonio Guterres pleaded for an immediate end to the violence, warning a Security Council meeting that the fighting could plunge the region into an “uncontainable” crisis.

Earlier, called by China, the Security Council held an urgent meeting on the unrest in Jerusalem. The three sessions of the UN body also failed after the US’s moves to block a joint statement that would condemn Israel for the violence and call for a cease-fire.

Like the past administrations, the US President Joe Biden and US Secretary of State Antony Blinken reiterated that Israel has the right to defend itself.

Biden also sent Linda Thomas-Greenfield—the US’s UN envoy who continued to engage in diplomacy at the highest levels to try to de-escalate tensions. However, it is part of the double game of Washington.

Now, American-led major Western countries, including Egypt are pushing the both sides-Hamas and Tel Aviv to cease fire to prevent a full-scale war, which Israel has already started.

Prime Minister Netanyahu has repeatedly stated that he will continue military operation against the Gazas. He also rejected the two-state solution of the Israeli-Palestinian dispute which the US also stressed.

There have also been clashes between Jews and Israel’s minority Arab community in mixed cities across Israel. These clashes which started in Israeli city of Lod, spread to other cities and towns. Protesters, waving Palestinian flags burnt cars and properties, including a synagogue, clashed with Israeli police.

Israeli Prime Minister Netanyahu who declared a state of emergency in Lod, equated it with dangerous civil war.

In this backdrop, a lot of anti-Israeli factions in the region, including Lebanon-based Hezbollah could be aiming to put more pressure on Israel and the Biden administration for non-intervention in the Israel-Palestine conflict. And Hezbollah leader Hassan Nasrallah praised Hamas for confronting Israel. In case of a wider war in the region, the Israeli forces would be in a weak position to defend its homeland.

In the mean time, large protests by pro-Palestinian activists are, again and again, being held in solidarity with Palestinians in Pakistan and various Islamic countries, including Turkey and major cities of the Western countries, urging the international community to take notice of Israeli continued state terrorism in Gaza.

Taking cognizance of the inaction of the UNO, OIC and the US-led West, Pakistan’s Prime Minister Imran Khan and Turkish President Recep Tayyip Erdogan who have strongly condemned Israel’s heinous crimes on the Al-Aqsa Mosque as well as on Gaza, vowed to work together especially at the UNO in jointly mobilizing the international community to help stop these strikes.

Notably, Balfour Declaration of November 2, 1917 which was a conspiracy of the American and the British rulers against the Palestinians was implemented. On May 14, 1948, the UNO acted upon the 1947 UN Partition Plan and established the state of Israel.

Indian cruel actions against the Kashmiris reached climax on August 5, 2019 when Indian extremist government led by Prime Minister Narendra Modi, the leader of the fanatic ruling party BJP revoked articles 35A and 370 of the Constitution, which gave a special status to the disputed territory of the Indian Illegally Occupied Jammu and Kashmir (IIOJK). New Delhi unilaterally annexed the IIOJK with the Indian Federation to turn Muslim majority into minority.

Implementing the ideology of Hindutva ((Hindu Nationalism), Indian prejudiced rulers have Issued over 1.8 million domicile certificates to non-Kashmiris to change the demographic structure of the IIOJK.

And deployment of more than 900,000 military troops in the IIOJK, who have martyred thousands of the Kashmiris through brutal tactics-fake encounters—closure of mosques, shortage of foods, medicines for the patients and coronavirus-affected persons prove worst form of India’s state terrorism. Now, more than 18 months have been passed. But, Indian strict military lockdown in the IIOJK continues.

Besides various human rights violations, India denied medical treatment to the Kashmiris and their leaders who are in jails.

While, the Indian Citizenship Amendment Act 2019 (CAA) and the National Register of Citizens (NRC) further exposed the discriminatory policies of the Modi-led government against the Muslims.

Despite criticism of the rights groups, foreign leaders, the UN and moderate Hindus in wake of violent protests which  killed hundreds of persons—mostly Muslims by the police and prejudiced Hindus, Modi’s regime has not withdrawn the CAA/NRC. In fact, New Delhi is following the Israeli model of ethnic-cleansing of the Muslims in India as part of Hindutva ideology and to divert attention from internal issues and the scandals in wake of mishandling of the Coronaviurs pandemic.

Modi regime has been also using brutal force mercilessly in repressing various separatist movements, including Maoists’ insurgency, while its counterinsurgency strategy to crush these movements has badly failed.

In these terms, Israel and India who are in collusion, especially against the Muslims, are moving on the self-destructive path, like the former Soviet Union.