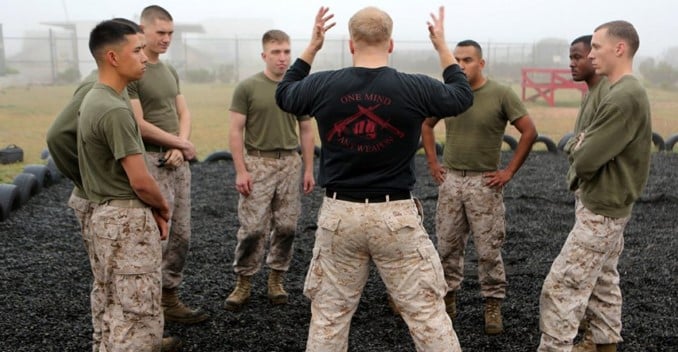 When you think of a particular sport, you don’t just focus on the professional aspect of it. That’s part of the equation, sure. But you’re also drawn to your own memories and experiences within the sport.

Maybe it was a particular league you were in growing up or while attending high school or college. Maybe it’s just a memory you had playing it with your friends. Maybe you were enthralled by a video game version of it.

With mixed martial arts, however, it’s different. Focus is paid almost exclusively to the professional fights, the ones who headline immensely popular, globally televised matches for UFC, and who you will read about on all the best UFC betting sites and sports media properties.

Simply put, when it comes to MMA, people think there is only the UFC. They don’t view it as an amateur sport, in large part because it can be both dangerous and violent, but mostly because MMA isn’t just something you pick up casually. There is more intensive training involved. If done improperly, people can get hurt. And it’s not just something that will be accessible willy nilly.

Schools do not have MMA teams. Parents are not signing up their children for MMA versions of “little league.” They have karate and wrestling and even football, not to mention a vast array of non- and lesser-contact sports.

Still, MMA runs deeper than just the UFC. It appeals to people as an extracurricular activity. Not everyone has aspirations of going pro. Some do, and some even make it. But there is value in MMA beyond the quest to go pro. It can be an outlet.

Those from the military, both past and present, perhaps know this better than anyone. The UFC has been home to more than a few fighters who served in the military, such as Liz Carmouche, who served in the marines. But she didn’t necessarily start up with MMA to go pro. More than that, there are members of the military who have ascribed a deeper value to learning how about it, at a non-professional level.

The Benefits of UFC for Military Members

There is no one-size-fits-all explanation for why people from the military are drawn to MMA. Their motives vary.

However, the structure and discipline required to train for a fight has acted as an anchor for those looking to transition into the civilian lifestyle more effectively. Consider what Carmouche told Sports Illustrated back in 2013:

“The transition into the gym is what made my life so much easier and connecting with those people made it easier than it would have been. If it wouldn’t have been for that, I probably would have struggled and wouldn’t be where I am today.”

Not enough consideration is given to just how hard post-service transitions can be for military members. For however many years, their life has essentially been mapped out for them, from the moment they wake up from the time they go to sleep. The military also offers a steady paycheck. Getting back to civilian life can be chaos. There isn’t as much structure, and military members cannot as readily relate to those around them, who haven’t shared their same experiences.

And this says nothing of those actual experiences. Many military members have been to hell and back. The things they’ve seen can be gruesome and unforgettable. That’s not just something you can push aside.

Living the lifestyle of an MMA fighter requires total commitment and focus. It impacts everything from your sleep patterns and diet to how you train. Having that much structure can be relatable to the military experience and thus make it easier for outbound veterans to assimilate back into everyday life. 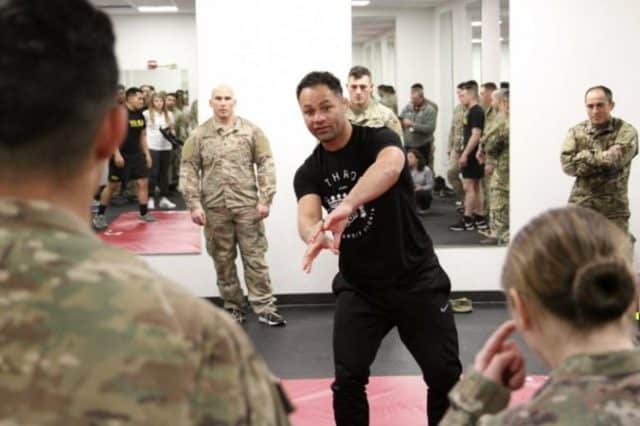 “Military MMA” by USArmy is licensed under CC BY 3.0

Does the Military Prepare You for MMA?

There’s another obvious reason people from the military are drawn to MMA after or while they’re still on active duty: They’re effectively being trained for it.

Consider boot camp. The entire goal there is to break you down only to build you up. MMA training is similar. You’re subjecting yourself to extreme conditions, whether it be intense cardio, diet or mechanics, with the goal of making yourself stronger. Former military members are perfect candidates to thrive in that type of training, because they’ve survived a comparably strict and demanding lifestyle for so long.

There is also the element of the fighting groundwork already in place. No one from the Navy, Army, Air Force, Marines, etc. is being trained specifically in the art of grappling, takedowns or strike combinations, but they will have a baseline of evasive maneuvers and general fighting stances down pat.

Building the right habits from scratch can be difficult. Those from the military won’t necessarily pick up MMA in a flash, but they’ll at least be ahead of the curve relative to other newbies, making the sport itself a naturally appealing venture.