The state of Arkansas blocked DNA testing of evidence when convicting and executing Ledell Lee 4 years ago but was forced by courts to finally test the murder weapon.

Ledell Lee maintained his innocence until the end. Before he was executed by the state of Arkansas in April 2017, Lee said: “My dying words will always be, as it has been: I am an innocent man.” https://t.co/rdYh6T5nk7

This was Arkansas’ first execution in well over a decade.  They were forced to stop because their criminal justice system was run by the Klan then and it is today as well.

(CNN)Ledell Lee maintained his innocence until the end.
Before he was executed by the state of Arkansas in April 2017, Lee gave some of his last words to the BBC, telling the broadcaster, “My dying words will always be, as it has been: I am an innocent man.”
Now, four years after Lee was put to death for the 1993 murder of Debra Reese, attorneys for his family say someone else’s DNA was found on the murder weapon, raising new questions about Lee’s conviction. 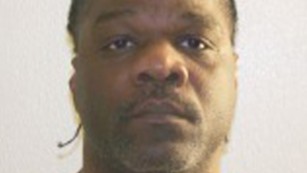 Ledell Lee was executed in Arkansas in 2017. A new lawsuit says he was innocent

“I think if those results had been had before he was executed, he’d still be alive,” Lee Short, who had been Ledell Lee’s attorney, told CNN.

Attorneys representing Lee’s family, including those with the Innocence Project and the American Civil Liberties Union, commissioned DNA testing of the handle of the wooden club that was used to kill Reese.

Last month, they said the results showed the DNA of an unknown man.
That DNA appears to match DNA also found on a bloody white shirt that had been wrapped around the murder weapon, the attorneys said, but it’s unclear if that DNA was from the blood or other biological material like skin cells.
The attorneys also had DNA testing done for six hairs that were found at the crime scene and presented at trial in the state’s case against Lee. The summary says that testing ruled Lee out as a potential source in five of the six hairs.
The Innocence Project previously said in a January 2020 statement that there was “no physical evidence directly (connecting) Lee to Reese’s murder.” On Friday, the Innocence Project told CNN the results of the DNA testing also did not show an “absolute or conclusive” connection to Lee.
Nina Morrison, senior litigation counsel at the Innocence Project, said in a statement last month that while the results were “incomplete and partial, it is notable that there are now new DNA profiles that were not available during the trial or post-conviction proceedings in Mr. Lee’s case.”
read more..
https://www.cnn.com/2021/05/21/us/ledell-lee-dna-investigation/index.html