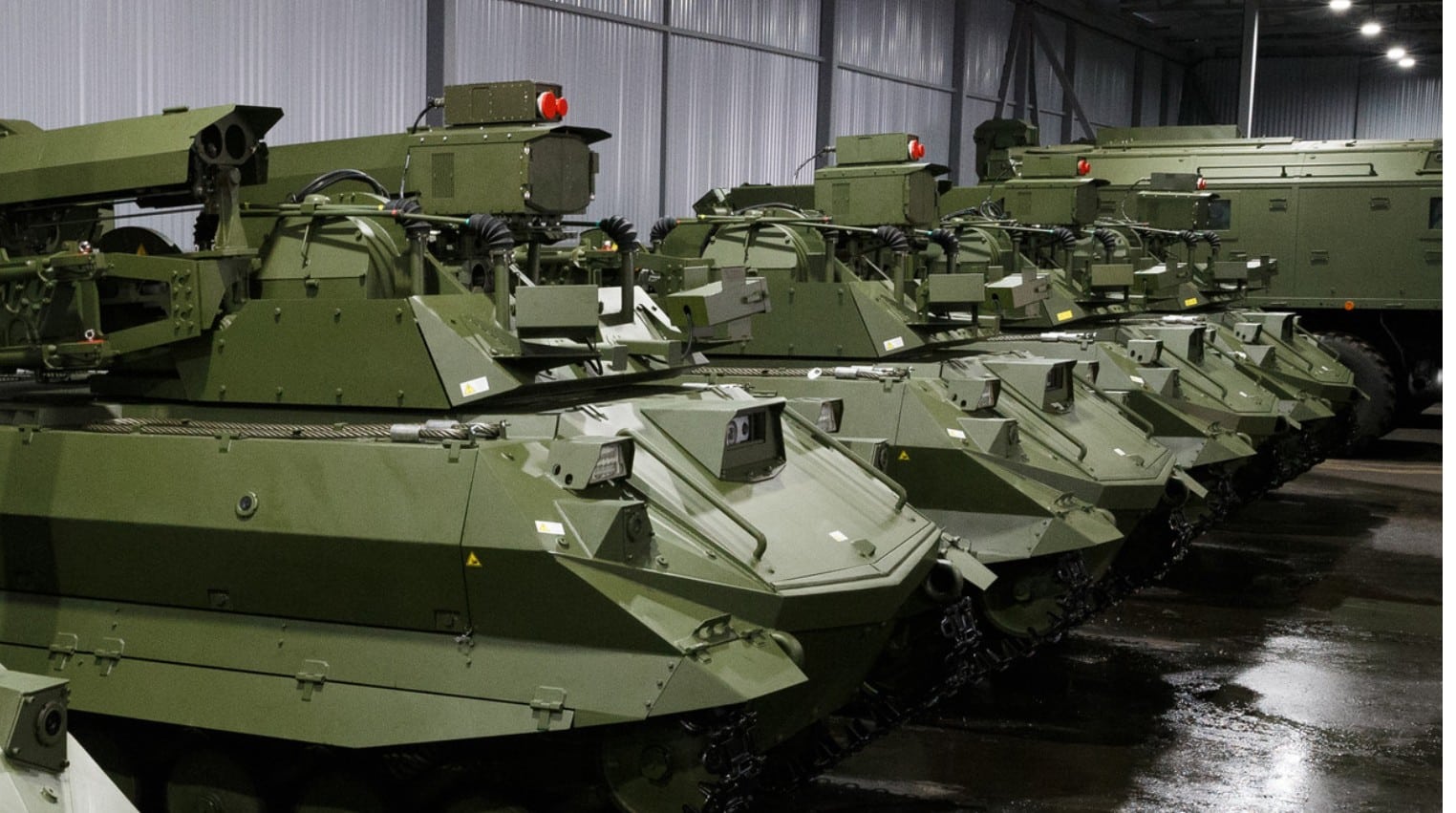 The Russian military will soon be equipped with autonomous war robots capable of acting independently on the battlefield, Defense Minister Sergey Shoigu has said, adding that Moscow has launched mass production of such machines.

“These are not just some experimental prototypes but robots that can really be shown in sci-fi movies since they can fight on their own,” the minister told the Russian Zvezda broadcaster during the ‘New Knowledge’ forum, on Friday. Held in several Russian cities from May 20 to May 22, the forum is a series of educational events featuring top specialists in a variety of fields.

“A major effort” has been made to develop “the weapons of the future,” Shoigu said, referring to war robots equipped with artificial intelligence (AI). The bots, which are said to be capable of independently accessing a combat situation, are part of the new state-of-the-art arsenal that the Russian military is currently focused on.

Shoigu did not name any specific weapons systems when he talked about the bots. However, Russia has already unveiled a variety of autonomous and semi-autonomous machines, some of which have made their combat debut.

One is the Uran-9, a multipurpose robotic weapons system that looks like a small tank equipped with a 30mm gun, several flamethrowers and four guided anti-tank missiles. Designed for reconnaissance and fire support, it can assist soldiers on a battlefield to minimize potential casualties.

Another model in the ‘Uran’ series is an autonomous demining unit called Uran-6. A bulldozer-like robot weighing up to six tons, it is designed to create safe passages for soldiers walking in minefields. Both ‘Uran’ units were successfully used by the Russian military during the anti-terrorist campaign in Syria.

The Russian Army might soon field even more powerful robotic war machines: its engineers are currently working on autonomous systems based on the T-72 and T-14 Armata tanks capable of carrying heavy weapons. Back in summer 2020, the T-14 Armata went through a test where its AI successfully detected various targets in difficult terrain while operating without a crew.

Russia’s maritime arsenal is about to be reinforced with Poseidon drones – huge robotic nuclear-capable mini-submarines with a miniature nuclear reactor that is capable of carrying nuclear warheads. The military made public its first tests of the underwater drone in 2019.

The autonomous submarine can slowly approach enemy territory deep underwater at low speed. If detected, it can greatly boost its speed and outrun its pursuers before going back into stealth mode. The unveiling of the Poseidon prompted a US State Department official to voice his concerns about its potential ability to unleash a “radioactive tsunami” on American shores.

Robots are not the only cutting-edge technology at the disposal of the Russian military. According to Shoigu, Moscow also plans to develop laser weaponry. “That was merely fiction some 20 years ago,” the minister said, adding that, while at the time laser weapons were sci-fi material, “now, this is reality.”

While we may not see Russian soldiers wielding lightsabers any time soon, the Russian Army does have a laser weapon in its arsenal. ‘Peresvet’, a highly secret laser cannon, was one of the weapons unveiled by President Vladimir Putin back in 2018. Little is known about this weapon system but it is said to be capable of shooting down both enemy aircraft and incoming missiles. The army has already received the cannon, Shoigu has confirmed, adding that it still has a great potential for further improvement.

The Syrian anti-terrorist campaign has helped the Russian military acquire deep insight into modern warfare and tailor its needs to contemporary challenges, the minister said. He revealed that it not only has been a good field test for some weapons, but also demonstrated some of their flaws.

“We have dropped a dozen and a half of the weapons systems from our arsenal and are not producing them anymore,” Shoigu said.

Despite the progressing digitalization of warfare, soldiers still remain a staple of Russia’s armed forces, although they are adapting a new role on the battlefield, the minister said. He added that the requirements for potential recruits have in fact increased in certain fields.

“We would like to create a mobilization reserve… of a new kind,” Shoigu said. “This reserve needs to have good training and education,” he explained, adding that the modern army needs “professionals” and not “manpower.”