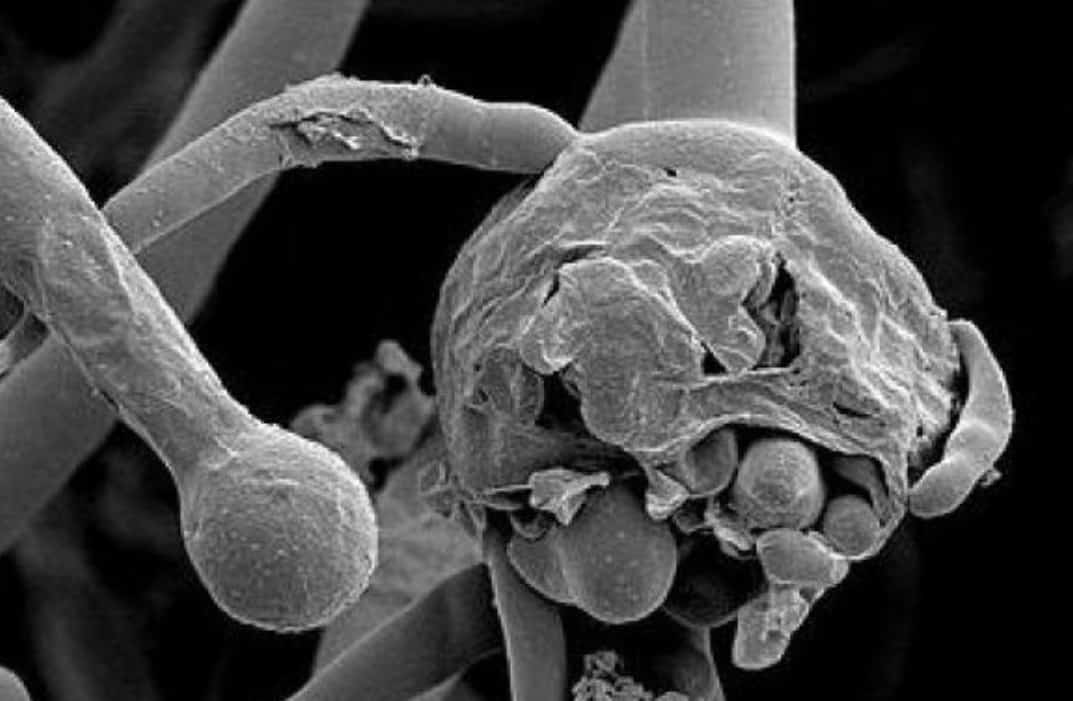 News of the spread of “black mold” in India has attracted worldwide attention in recent days. It is known that a new epidemic has been declared in India, and several cases have been registered in Russia.

Another name for “black mold” is mucormycosis

It is an infection of the Mucorales family that occurs in humans and animals. In classic forms, these filamentous fungi are widespread in the environment and are found, for example, on decaying organic materials. They can enter the human body through inhalation of vapors. This is not a problem for healthy people, but it can be dangerous for people with weakened immune systems.  In Russian:

This is what is currently being observed among COVID-19 patients in India. The most common symptoms of the disease are tissue necrosis in the nose and palate, causing pain, chills, and secondary purulent eye damage.

According to the Hindustan Times, at least 7,250 people are infected with mucormycosis in India. More than 2,000 cases of infection have been reported in Maharashtra alone, and about 1,200 cases in Gujarat, according to authorities. The Hindustan Times reports at least 219 deaths, but the actual number is likely much higher.

“Mucormycosis is difficult, but treatable. The disease spreads quickly due to living conditions, reduced disease resistance of people who are malnourished, living in poverty and unsanitary conditions. Such as in slums in India,” she told RBC.

According to the BBC, the disease is recorded in patients recovering from coronavirus and who have recovered from it. Mucormycosis is especially dangerous for diabetic patients. Transplant recipients or cancer patients are also more likely to get sick.

Indian pulmonologist Ujvala Parah believes that the drugs used to treat covid are the main cause of black mold.

Over-administration of steroids to coronavirus patients is also a risk factor, according to Srinath Reddy of the Indian Public Health Foundation .

“People started using them in abundance, overuse and inappropriate ways,” he said.

How to treat black fungus

In India, there is a shortage of amphotericin B, the most important cure for mucormycosis. The final stage of the disease requires a team of facial surgeons, ophthalmologists and neurologists. There are no such experts in rural India, Reuters reported. It is planned to create special therapeutic centers in large cities.

It is important to diagnose and treat as early as possible, which consists of

Nevertheless, the prognosis is poor: about half of the patients die from the black fungus within a few days .

In Russia, several cases of infection with “black mold” of patients with COVID-19 have been recorded, the head of the Department of Clinical Mycology, Allergology and Immunology of the N.W. I. I. Mechnikov Nikolay Klimko .

Read on: Coronavirus: India is dying and dragging the world with it

Black mold is the most dangerous side effect of COVID-19